Woke up to a rainy Christmas morning in Monterey and had a wonderful continental breakfast. The Rosedale Inn was a treat for the two of us and we definitely spoiled ourselves. As we were leaving we saw a deer across the road and I managed to take a snap shot of it. We then took a drive past the lighthouse and then got on the 17 mile drive. It costs $8.25 but it was well worth it. We stopped every few minutes to take pictures as it was very scenic. There were a lot of golf courses and you can tell we were in an affluent county. It was raining quite hard and we were the coldest we’ve been here. 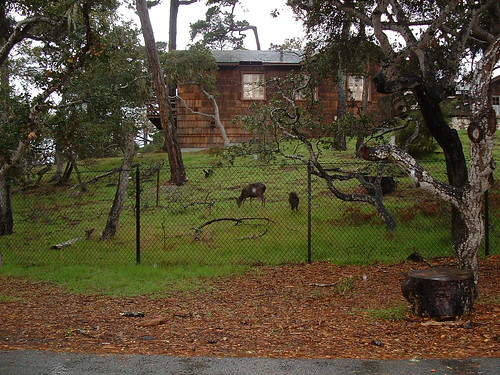 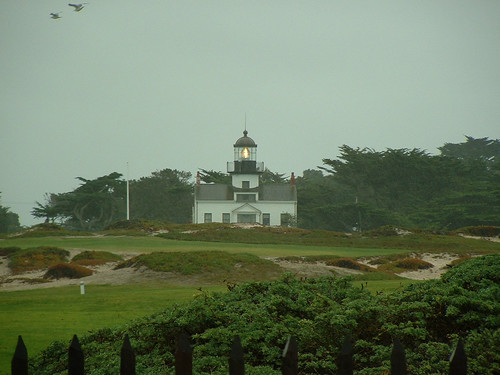 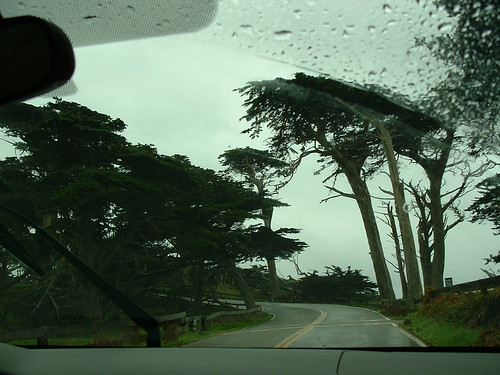 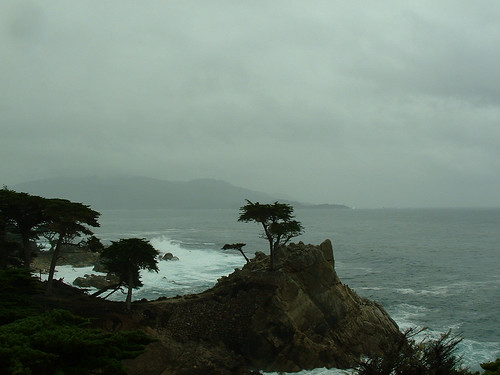 The end of the 17 mile drive takes you to Carmel-by-the-sea which is the town Clint Eastwood was Mayor of for a while but there were no signs of him. This was by far the prettiest town we’ve seen and it may be because chain stores are banned in Carmel. It was reminiscent of Maleny mixed with Noosa as it had a lot of art galleries and expensive stores. We wandered about in the rain up and down looking at all the shops that were closed. 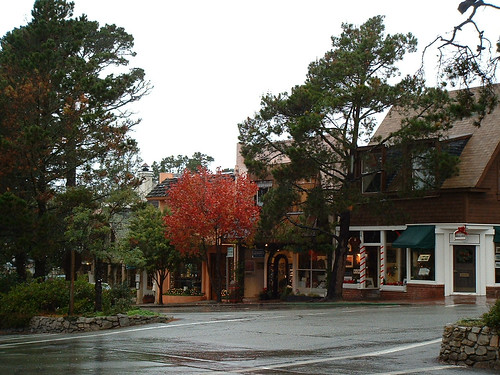 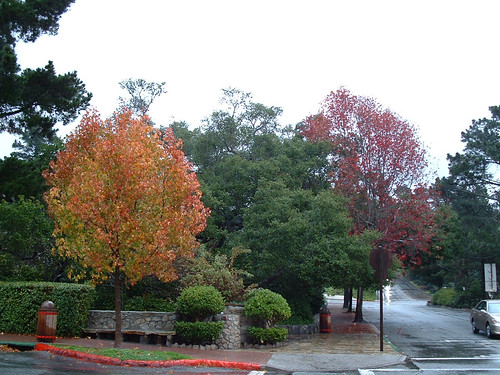 We then had our christmas dinner in the “The forge in the forest”. We had seen the menu in our hotel and thought it would be a buffet, but due to the rain it turned out to be table service. I actually got to try yams for the first time and the turkey stuffing was devine. But the best of all was the pineapple glazed ham, my total weakness. Our menu consisted of: 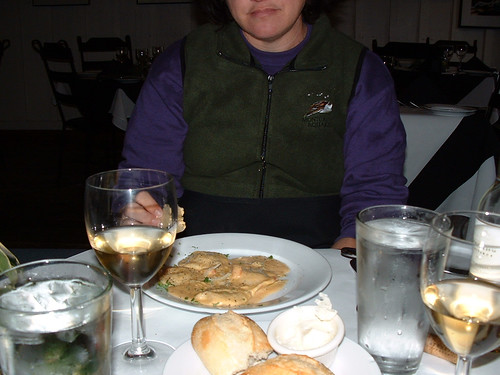 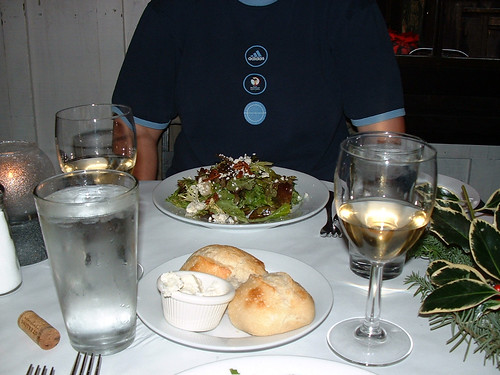 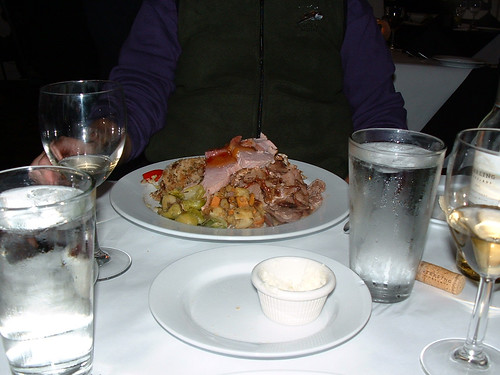 leftovers that will be our dinner tonight 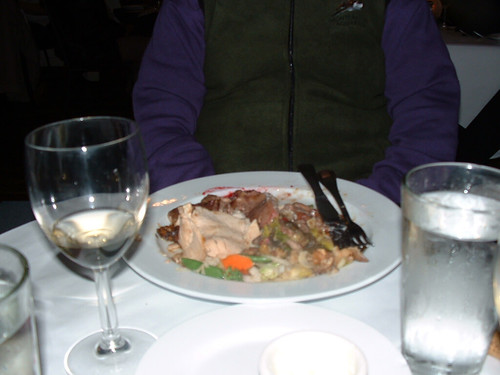 The leftovers photo is only of Paulines, so add mine to that to get some idea of how much was left.

After stumbling out of the restaurant with our bloated stomachs we took a quick walk in the park then headed to the Carmel mission. It was closed, so I just took pictures of the outside. We then headed along Highway 1, final destination Cambria by way of the Big Sur. 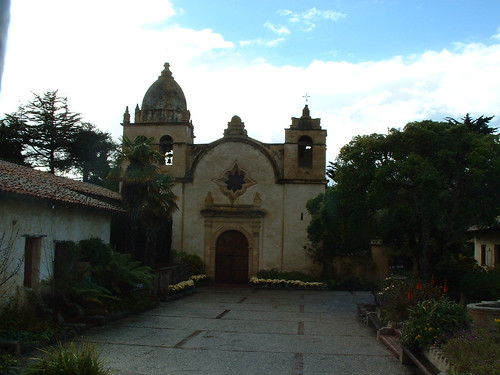 Everything I read about this part of the journey mentioned how beautiful this coastal drive was and they weren’t wrong. We took a lot of pictures and the sun was even kind enough to come out for us along the way. It was here however that I revised my opinion on American drivers. They are great on the freeways, but give them a corner and the brake light comes on until it’s you’re virtually stopped. This made for a few annoying moments on the journey, but we took a chill pill and enjoyed the view. There were many places to stop to take in the view, probably a spot every minute. They are called “turn outs” and the slow people are supposed to stop there to let others pass. Of course the big blonde bimbo from Kansas in the red Grand Am didn’t do this. She managed to piss off more people than just us. 🙂 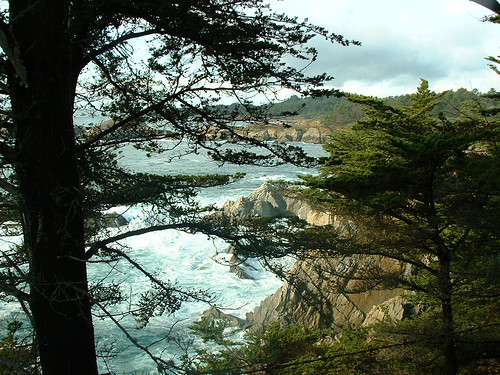 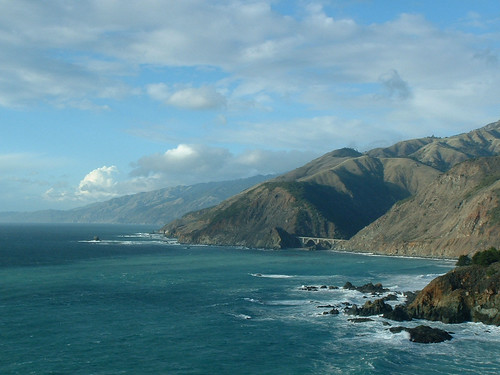 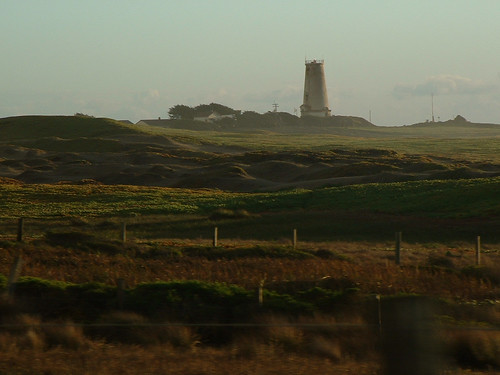 After 3 hours we arrived at Vista point where the elephant seals beached for the night. They were noisy, stinky and cute and we got to walk pretty close to them. For some reason there was some crime scene tape there, so of course I took a picture. 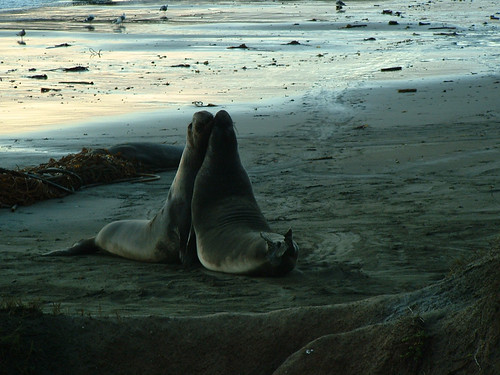 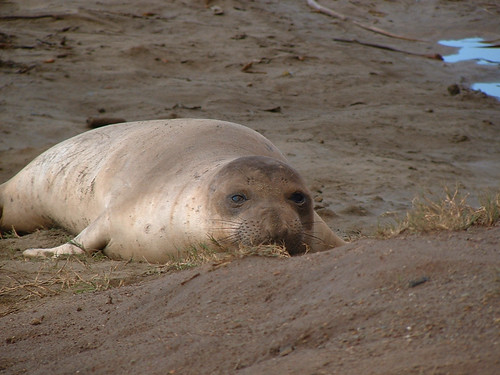 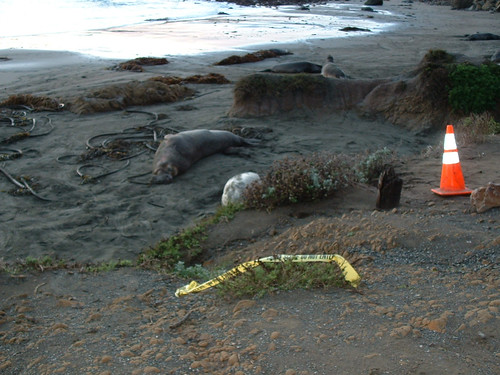 So now we are here in Cambria staying at the Mariner’s Inn. Cambria isn’t that far from Pasa Robles where the earthquake was, and the room rumbles every once in a while. I keep telling Pauline they are aftershocks, and she keeps telling me they are people closing doors. Pretty stong doors!! 🙂 Tommorrow we are going to check out Hearst Castle, then head down to Santa Barbara and then who knows where we will spend the night. I’m hoping to convince Pauline to take a detour to Solvang the danish village as well. 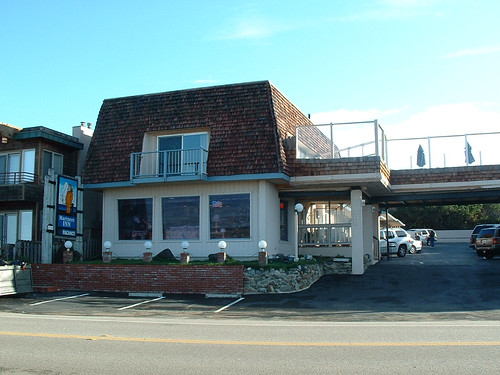 Hope you had a great boxing day, we had an excellent Christmas Day!!!