The morning in Hue was our own free time until 12pm, so I wandered the streets randomly after breakfast and spent time talking to a guy who takes people on motorcycle tours around Hue. Later I found out the others had all found the markets (individually) and I got midly annoyed that I had missed it by not seeing it on the map. I did get to watch people burning stuff out the front of their stores for good luck though. 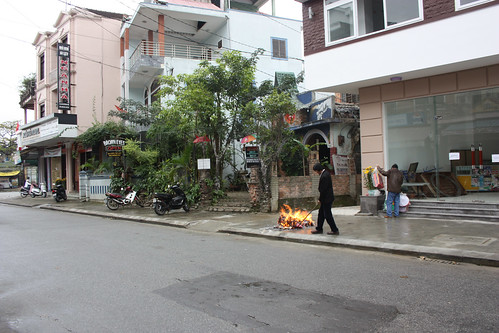 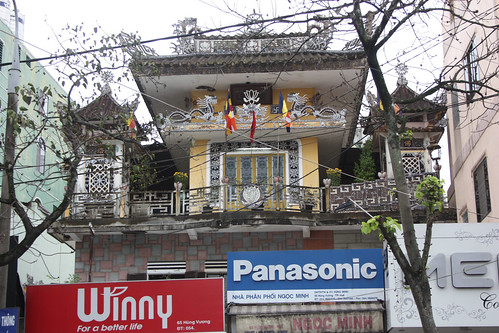 At 12 we all went for a quick lunch where I had Pho for the first time. Really enjoyed the beef noodle soup especially as I was getting a sore throat. It wasn’t in a fancy restaurant or anything – just a place with plastic chairs that also operated as a bottle shop and sold us the raincoats the day before. 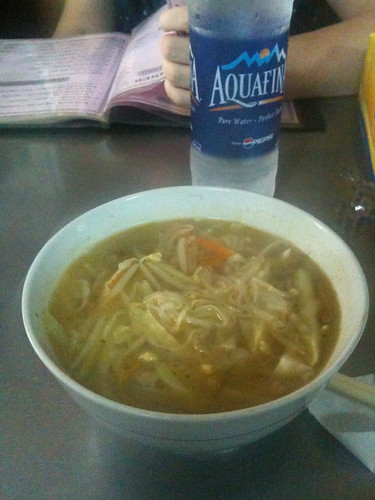 After lunch we got on a mini bus that was supposed to leave at 1 but didn’t until 2pm. We were meant to catch a local VIP bus but they were full so we got the mini van instead. The drive was supposed to take 4 hours but in the van we were there by 4.30. A couple of people had been antsy because they wanted to get to the tailors as quick as they could but were concerned it would close. 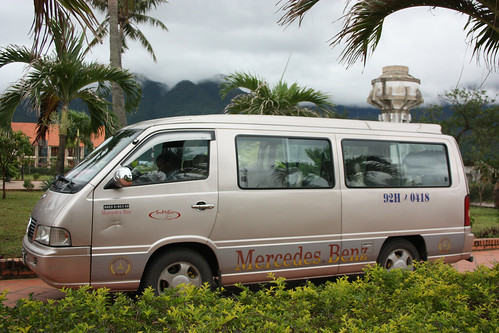 The drive to Hoi An became lovely once we came to this huge lagoon at the bottom of a mountain. In between the lagoon was a main road and some resorts and then the beach. Would make it an awesome holiday destination in the summer, but for now it was a bit misty moody. We stopped at a rundown resort for a toilet break and headed off again. 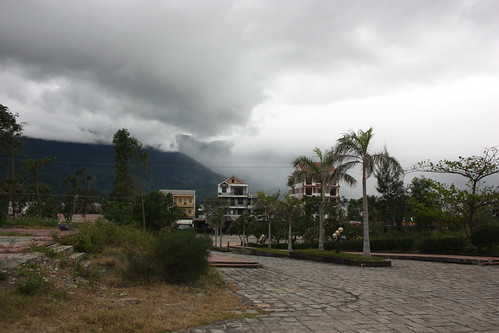 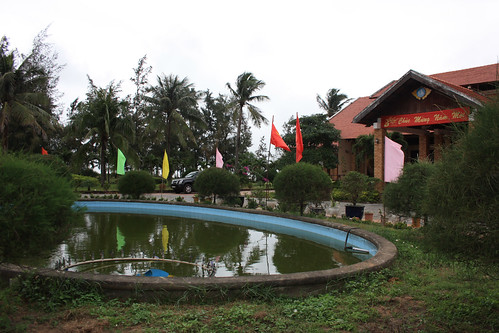 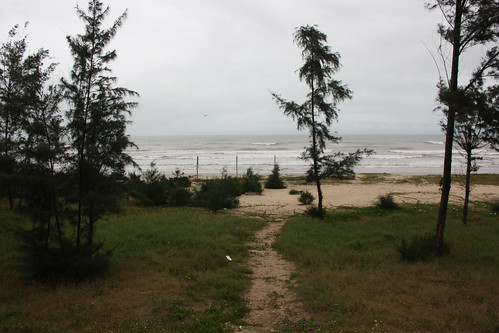 The next part of the drive took us through tunnel in the mountain that was 7kms long. That was a bit boring but on the other side was Danang, a large coastal city that seems to be getting a lot of resort and casino development. However, after the tunnel and before you reach the town you still have to contend with herds of cattle walking down the middle of the street. The road is 4 lane and runs along the beach front along with palm trees and walkway. It reminded me of Venice Beach in LA but without all the rollersksating and art. Even saw a sign saying Greg Norman was building a golf course there. 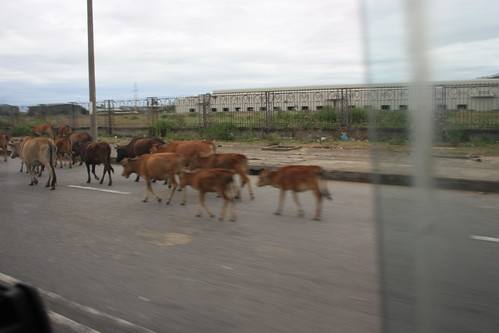 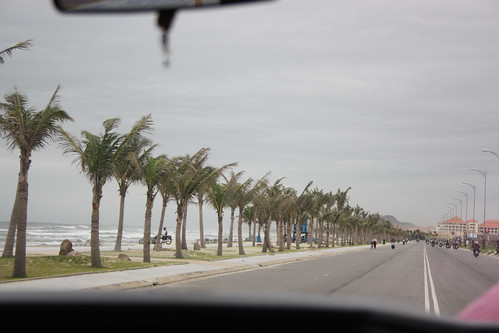 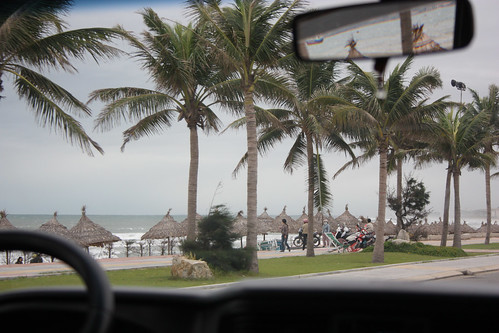 The whole time we were in Danang though I just kept saying lines from the movie “Good Morning Vietnam”. Mainly the bit where he goes “danang me, danang me, why don’t they get a rope and hang me!”. This is also the China Beach area where the Americans used to come for R&R during the war. 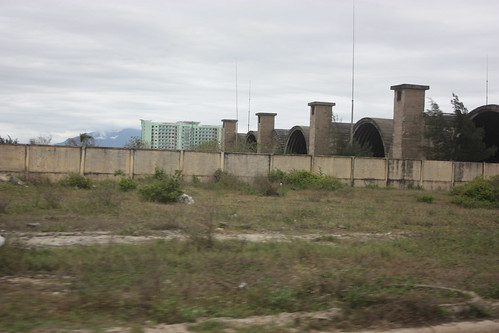 Without any visual interuption we seemed to go from Danang to Hoi An (we dropped a Vietnamese girl off who was in the front seat at the resort where she worked first though – she said it was $1000 USD a night). Our hotel was huge and had a pool which I doubted we’d use. We had an hour to kill before we went out, but the two Brits took off for the tailors straight away cause they were on a mission. 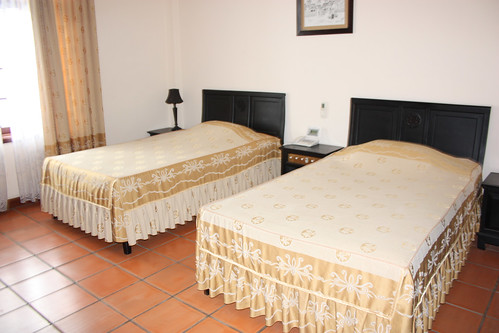 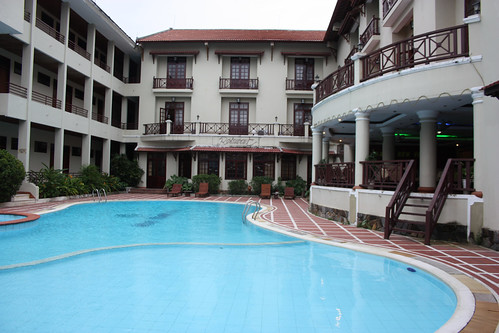 The rest of us met up at 5.30 and followed Hui in to the old town – a magical mystical place with Chinese lanterns and French/Chinese architecture. It is instantly appealing even though it is obviously a tourist spot it doesn’t totally feel contrived. The place is full of tailors, restaurants and artwork and yes this is probably the place where the top gear guys bought their awful purple suits. 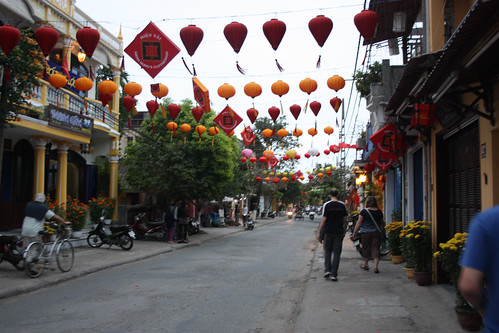 Hui took us to a reputable tailor where everyone except me and Hema the Canadian went mental shopping. I was just excited to watch the process. You flip through books or bring your own picture and they will make it for you. You pick the material, they measure you, take a photo and you come back the next day for a fitting. I had so much fun watching it all. 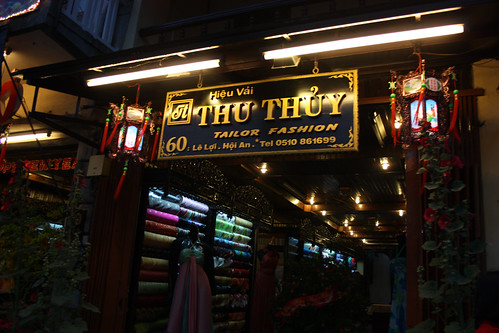 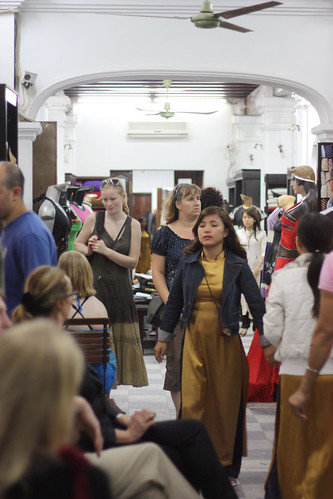 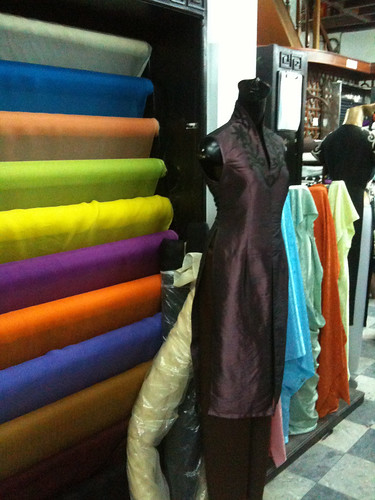 After that we went to dinner in a nice looking restaurant. I had Cao Lau as an entree which was some sort of pork rice flour salad thing with a light sauce which was yum. For mains I had grilled chicken with lemongrass and lime and ginger on skewers that was incredible along with a peanut salad. Easily the best meal I have had in Vietnam and more like the light fresh kind I thought Vietnamese cooking was. 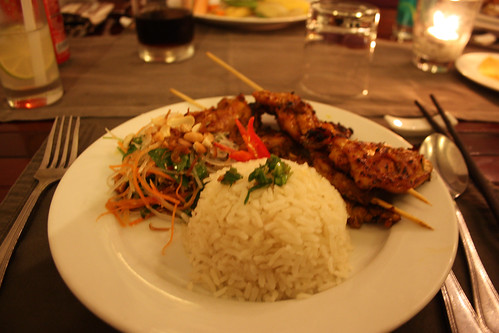 After dinner Hui left us to wander so we looked at the ancient Japanese bridge and then I wandered off to go look at the fair. 10000 dong to get in (less than $1) to look at some cool lanterns, side show stalls that was really just gambling on wheels and a fashion show. By then it was late and I my throat was killing me so I headed home for bed. 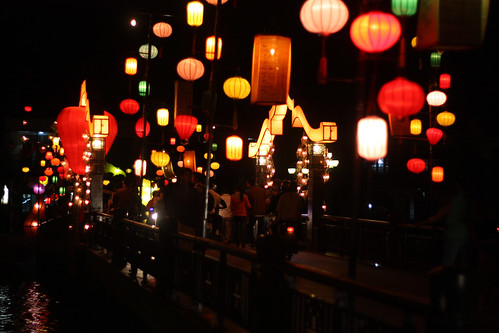 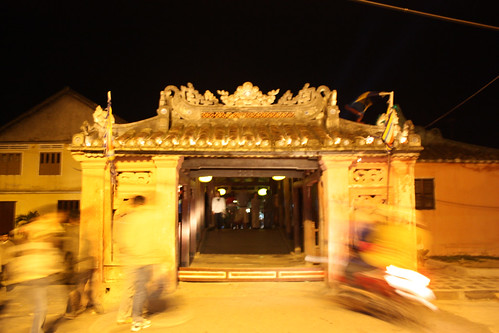 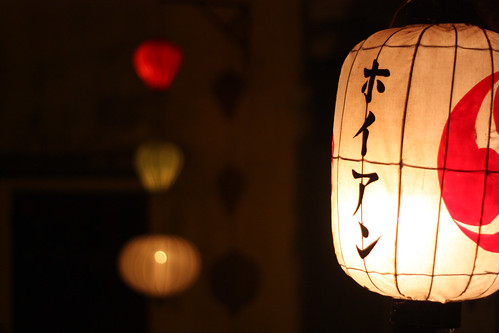 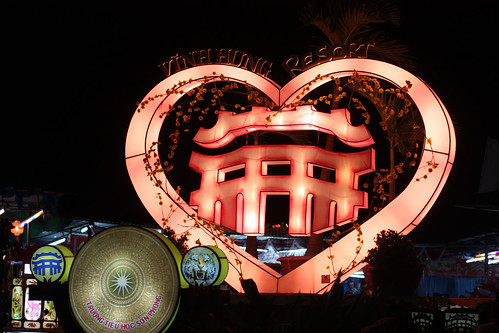 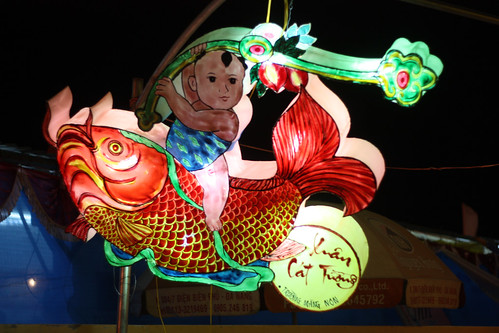 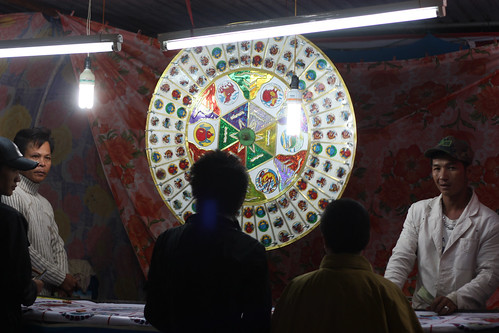 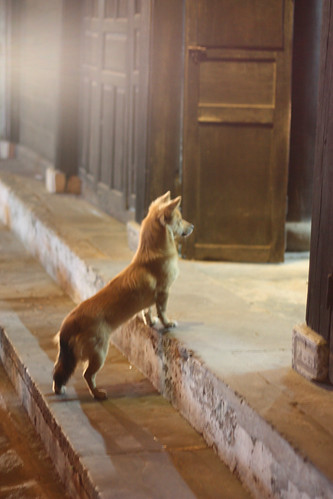 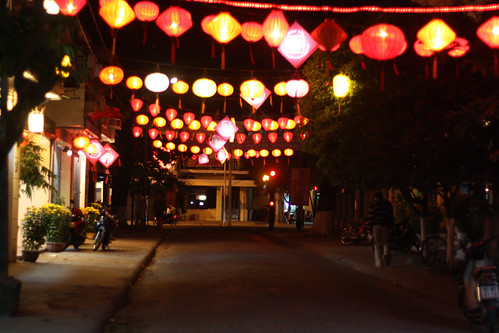 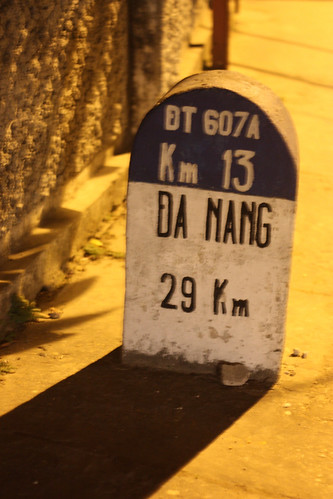 Hoi An is now my favourite place in Vietnam and it is really romantic. Here and Danang are about to explode as a world class holiday destination so I’m glad I got to see it now. I’d really like to come back here though and Ill be bringing people with me. Awesome place.