Slept late so the rest of the group had almost finished eating by the time Pauline and I rocked up. There wasn’t any cultery, the food was a bit old and everyone was a little grumpy. We all arranged to meet at the cars at a specific time, but there was a little confusion around whether it was 10 or 10.30. Seemed like the Mission Inn was the place where a few of us had our grumpy travel day, so it was good to leave it behind and head for Pismo Beach. In retrospect I wish I had booked a hotel earlier and not left it to the last minute as I think we could have done better. I was trying to leave some flexibility in the drive down the coast, but really, when you have 8 people you need to have a planned place to stay. The place was nice though, I had just imagined we’d end up staying at a beach hotel when we went to Pismo.

Surfing near the Pismo Beach Pier: 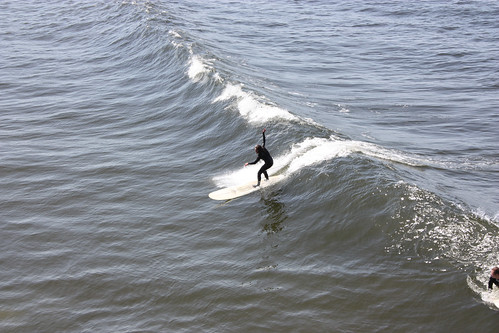 Pismo Beach is a real california surfer town and has a cool pier that takes you out through the waves so you can stand almost above the surfers and watch them catch a wave. We didn’t really walk around the town at all, our exposure was limited to the pier and the carpark nearby, but in that time we saw the best Woody car I’ve ever seen, some really nice motorcycles and a pair of thongs (flip flops) that someone had forgot to put in the car before they left. 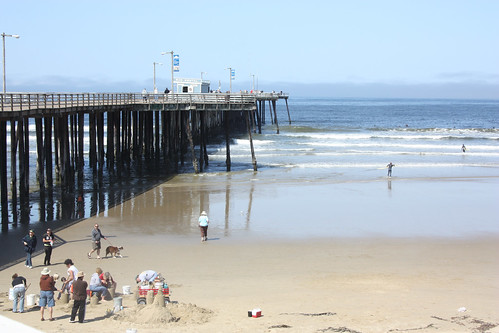 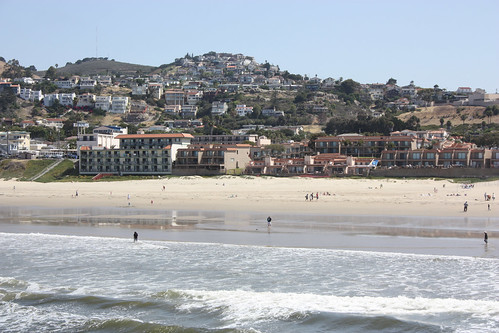 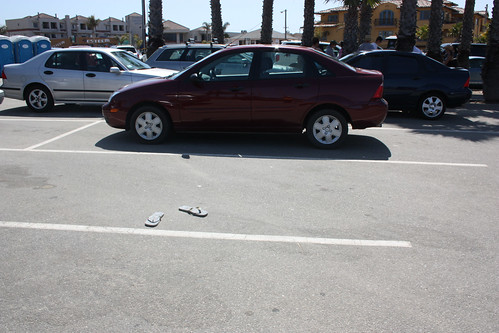 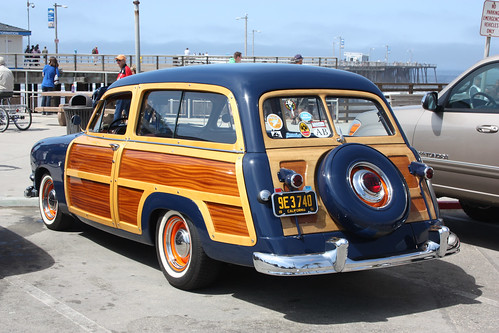 We left Pismo and pointed our vehicles towards Santa Barbara. Somehow on the drive we got to choose which way we wanted to go and the cars ended up taking different routes. Fires had ripped through the mountains around Santa Barbara in the days before we arrived and the Mum, Kelly, Mat and Madonna car got a closer look at the charred remains. The rest of us hugged the coast and although we saw a bit of black grass we mainly got foggy ocean views.

Santa Barbara Mission was the first mission that was open for us (since Carmel was long shut by the time we arrived). Mum and Auntie Sue decided to check out the inside while the rest of us waited on the lawn with some friendly dogs trying to get food out of us. It was nice just relaxing with a lady beetle watching a wedding and some guys do some gardening in the sun. Mum and Auntie Sue emerged not too impressed with what they had seen and after a quick toilet break we were back on the road. A quick drive by past the beachfront of Santa Barbara to gawk at the lighthouse and we were off towards Los Angeles. I am still not overly impressed by Santa Barbara but I am sure it must have something going for it. Maybe next time I’ll stay for a few days and discover why people rate it.

Kelly and the Santa Barbara Mission: 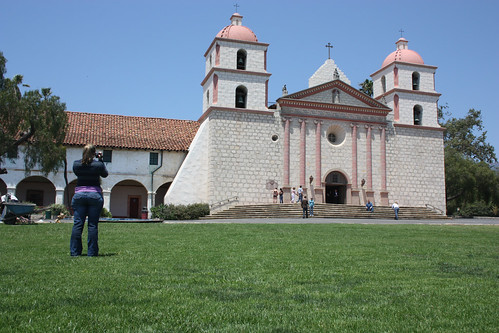 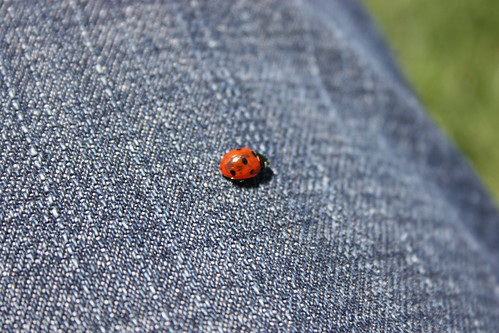 Our friend who wanted food: 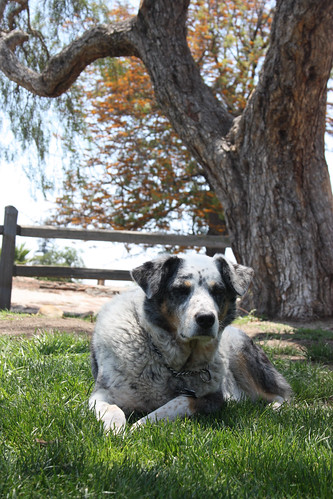 Los Angeles. Highways. Classic Cars. Romanticized in songs, stylized in movies. Our drive ticked off all those boxes. Passed some beautiful vehicles being towed down the road, surely for some movie or tv show. The unromantic part was also exposed – traffic on the highway. Luckily it wasn’t standstill but we had a hint of the pain LA drivers go through. We peeled off the 101 around Studio City and went over the mountains crossing Mulholland Drive on Laurel Canyon Drive. I had songs of Carole King and Crosby Stills and Nash as we curved our way down to West Hollywood. Have no idea whether we passed anyone famous’s house, but considering how many celebs live there I’d say the chances are likely. I don’t think Madonna saw George Clooney going for a jog even though he lives in the area. 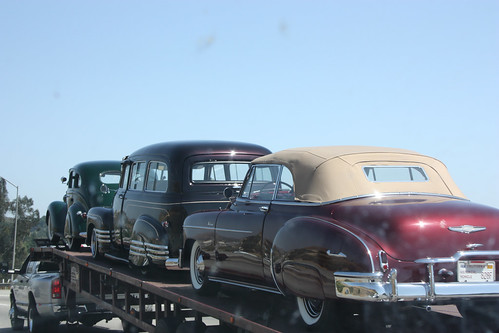 Our hotel for Los Angeles was yet another Hotwire lucky purchase – the Le Parc Suites. I think they used to be small apartments that were bought out by a hotel. On the roof is a pool and tennis courts that give you a good view of the Hollywood Hills and the Pacific Design Centre. We had a kitchen, two televisions, fireplace and deck. Pretty good bargain at $115 USD considering Melrose Avenue was just around the corner. Plus it was subsidized by our free night from our Amish Inn stay that wasn’t so good in Lancaster County. 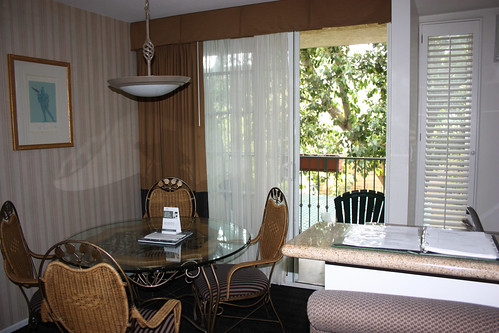 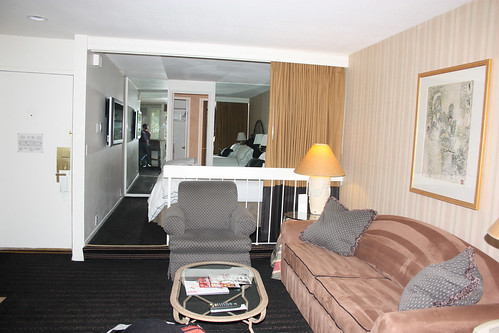 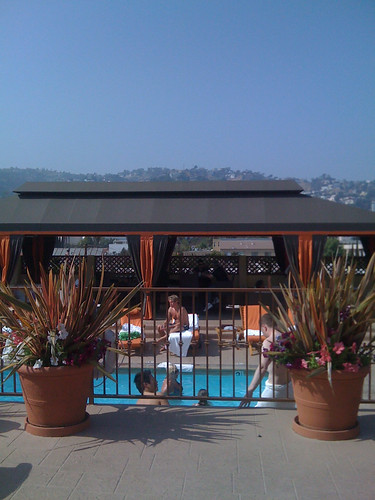 We all just relaxed for an hour or so before heading out for a 5.30pm early dinner down the road at the Belmont Cafe. All the young cool kids were seated outside watching the traffic on La Cienega Blvd while we sat inside. I think it was great that they managed to seat 8 of us without a booking. Kelly had found it on Yelp with recommendations on the Mac and Cheese and Garlic fries with aioli. Mum had a margarita salad and Madonna went mental on the ordering, getting sweet potato fries, garlic fries and Calamari. The food was very classic American dining and the Mac and Cheese was incredible. Really enjoyed the food and drinks there – totally recommend it. 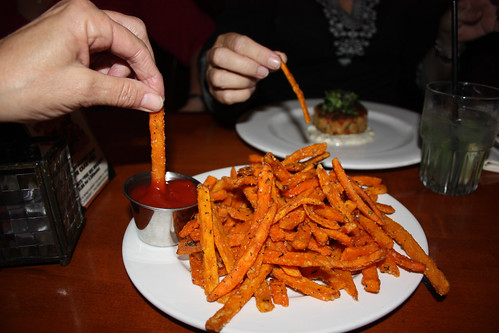 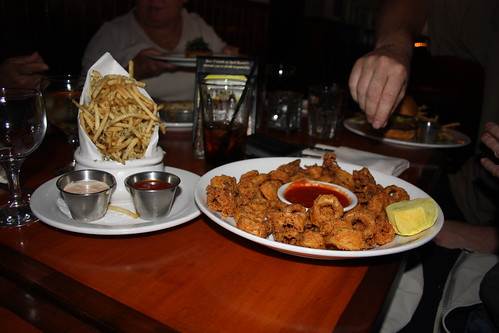 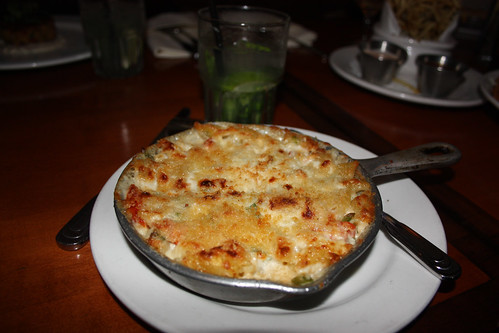 After dinner we took a walk to Whole Foods to get some supplies. The walk took longer than expected and was a little boring. There weren’t many shop fronts so there wasn’t much to look at. We did go past Nobu, the famed restaurant co-owned by Robert De Niro, as well as the Lee Strasberg Theatre Institute where Marilyn Monroe may have learnt her craft. At Whole Foods a couple of people got a massage which was apparently amazing. I just wandered the store jealously wishing there was one in Australia. A couple of us walked back to the hotel while the others finished with their massage. Being a Saturday night I thought this would be the night that we would maybe go out clubbing, but we were all too tired to partake in any of that stuff. 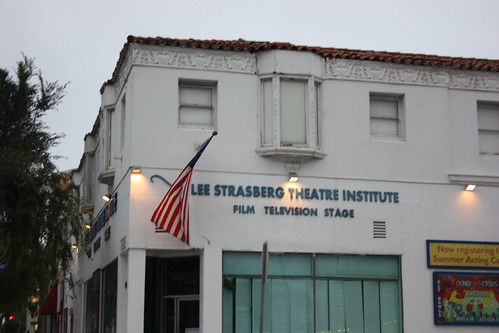 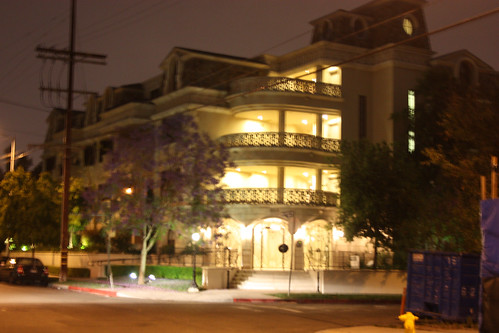