I don’t think I’ve set myself to Thailand time even after all these weeks. Even when I want to sleep in I’m still awake at 7 so I had had breakfast and was exploring by 9am. Damn thing is that most Thai shops don’t open until 11.

I walked from my hotel along Sukhumvit rd which is one of the longest roads in the world – it goes all the way to cambodia. I was only walking two BTS stops though but was sweating madly by the end of it even though I was in the shade of the skytrain and it was still early. Not much to see at that time of the morning but I was relishing just being able to walk in the sidewalk since that is virtually impossible in Vietnam.

My destination was the Emporium shopping centre, one of the most expensive in Bangkok. I had arrived 10 minutes before it opened so I was turned away at the door. A cameroonian guy was behind me when that happened and we ended up chatting to kill the time. He was in Thailand to invest in a guesthouse and was travelling around to find the best spot. I dont know where he got his money from but he told me he did learn electricity or something. I was a little suspicious of him the whole time we talked just because you don’t know who to trust when travelling but I think he only wanted to kill time because we parted when the store opened. The stores were nothing amazing, just the usual big expensive brands but the food court was brilliant. The Thais should come and teach the Aussies a thing or two about food courts. 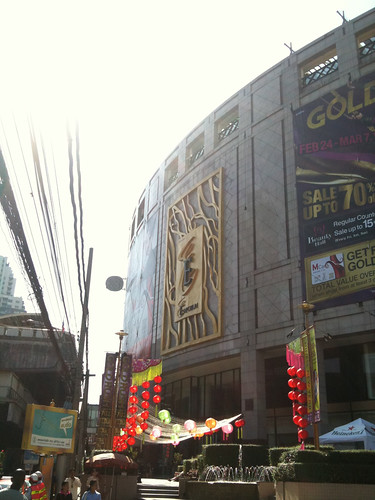 After buying some vitamin c to combat my cold I caught the sky train to somewhere. I wanted to visit centralworld – kind of like a way of re-aquainting myself with western ideals by going shopping. Centralworld was much more fun for me as a thirty something. Zen is a department store for people my age and younger. Lots of funky design stuff like toys and clothes. I had a lot of fun just looking but I did end up buying the vespa shoes I wanted in Vietnam. Wandering the stores I decided now was a perfect time to go to the cinema so I bought a ticket to the Hurt Locker. Caramel popcorn was the choice. Suffered anxiety as I sat through 20 mins of trailers wondering if each ad was the one where I had to stand up for the king. It was pretty much the last one before the movie and it had it written in English to stand up so I was ok. Don’t want to offend the king of Thailand. 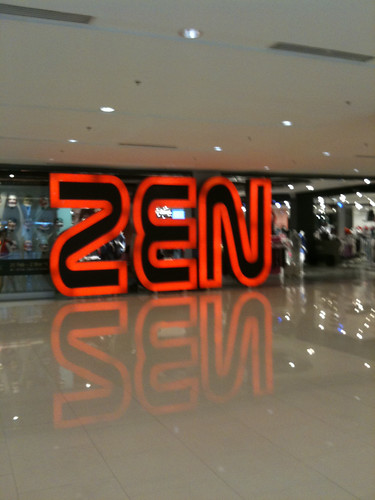 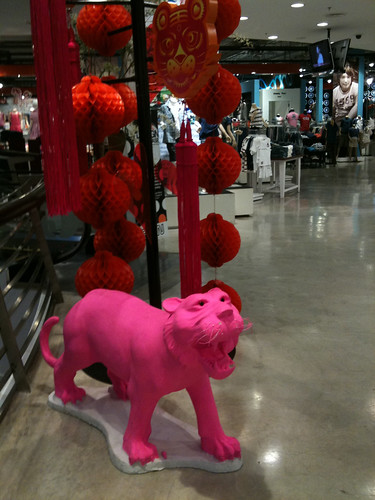 The Hurt Locker was good but not sure it was worth 9 Oscar nominations. Must be a bad year for movies. I didn’t know anything about it before I went in which was good.

After the movie I went to the zen food loft for lunch/dinner and had some really great chicken wrapped in leaves. Then I walked to Siam Paragon via an aerial walkway under the bts line. Didn’t really want to buy anything but I was shocked to see car dealership in the shopping mall. Masersatis, BMWs and Lamborghinis could all be bought while you are shopping for clothes. 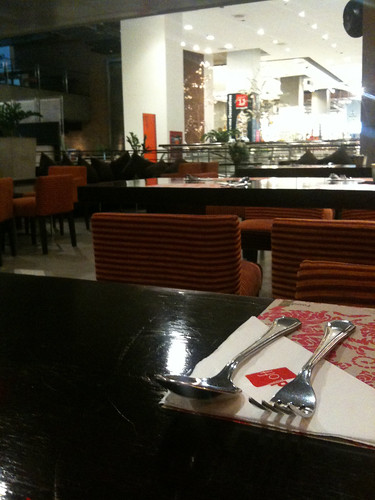 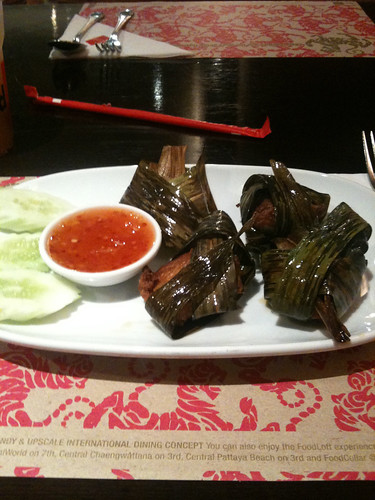 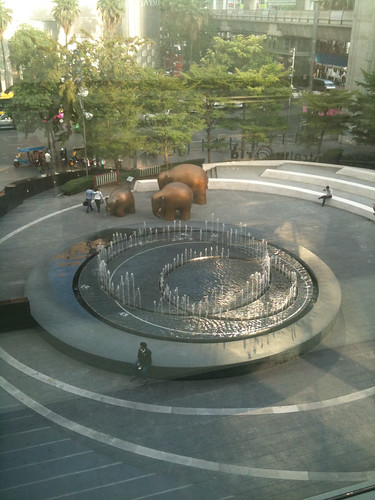 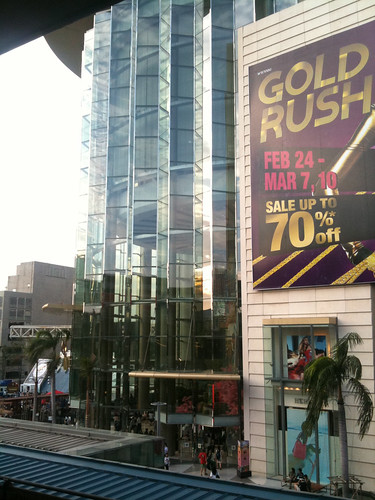 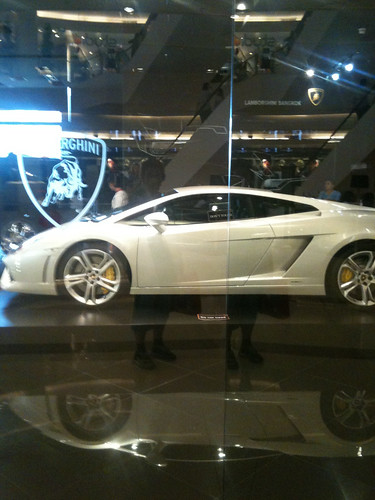 Had enough of the shopping so headed back to the hotel exhausted because I’m still dealing with my sore throat/cold. Picked up my laundry that I had dropped of earlier in the day and then I just chatted on the net and surfed until I fell asleep.