6.10am and I was checked out and waiting in the lobby for my ride to Kanchanaburi and the River Kwai. My mini bus picked up a couple of Brits to add to the two Germans already in the bus and then we were taken to the grand palace to get on a bigger bus. 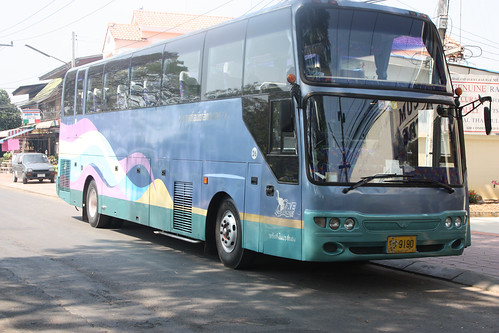 The bus took around 3 hours to go from Bangkok to Kanchanaburi – stopping at a petrol station along the way for breakfast and a toilet break. It was funny to see the reactions of some of the women to their first squat toilets, the young NZ girl making a face and leaving without attempting. They were actually pretty clean and now being a seasoned Asian pro (3 squats with no mishaps) I made like a local and went. Bought a coffee and Danish to eat on the bus for breakfast. 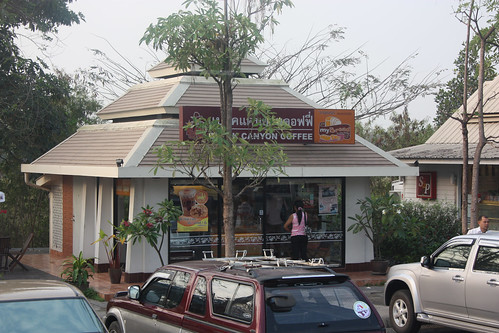 Our first stop was to drop off some day trippers on the James bond boat and then we headed to the Bridge on The River Kwai where we met up with the boat riders. The bridge had been made famous from the movie where the allies bombed the bridge in an effort to stop the Japanese advancing in to Burma. They succeeded in bombing it and you can still see the difference in the middle part where it was hit. You get to walk across it while avoiding a little yellow train that takes the tourists across. It’s not exactly the safest feeling being on the bridge but it was cool. 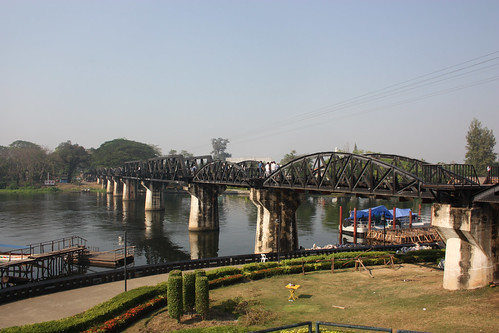 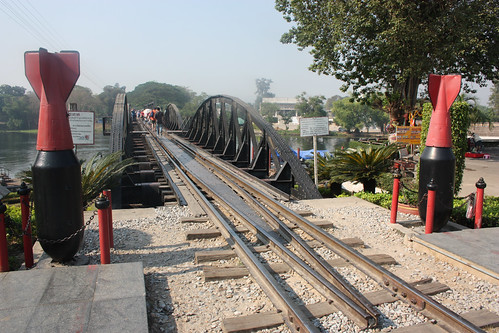 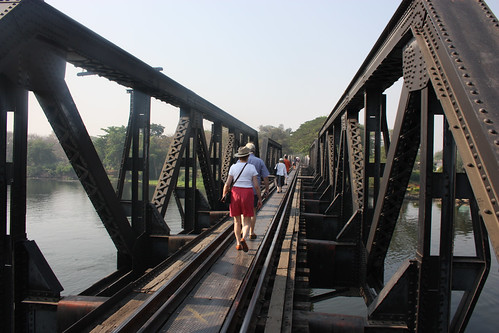 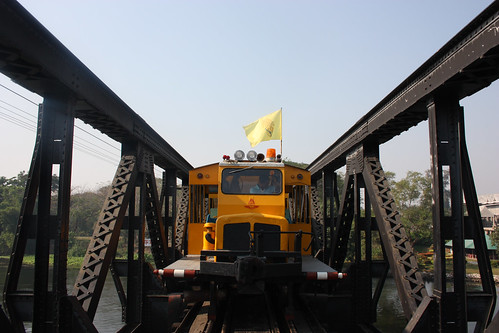 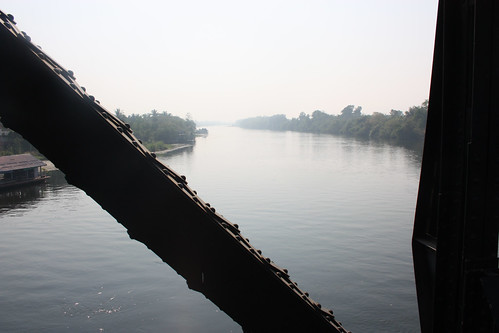 After around 30 minutes we got back in the bus to go to the Death Railway Museum and Research Centre. It’s run by an Aussie with some funds from the Aussie government so it was very modern with air con and everything. The story of the hardships these POWs suffered to build a railway that was to allow the Japanese to move equipment quickly and easily to burma to fight the war was horrific. There were photos of skeletal men who were working 18 hr days while sick with tropical diseases. The Japanese would work them until they were dead and them just get a new bunch to replace them. The railway took 20 months to build, with vast amounts of allied POW deaths as well as even more Asians all for a usage of only 3 months because the war ended with the two bombs dropped on japan. The museum was extremely informative and well signed – the best one I’ve been to on the entire trip. 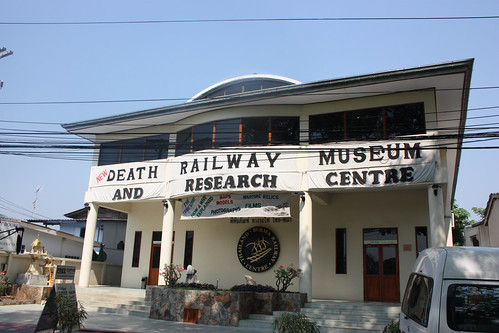 Across the road from the museum is the cemetery with the gravestones of the many soldiers who died. It was split in to the Aussie section, english and dutch. Very well cared for with flowerbeds and clipped grass. I spent about 10 minutes there reading the gravestones, some of which were incredibly touching. 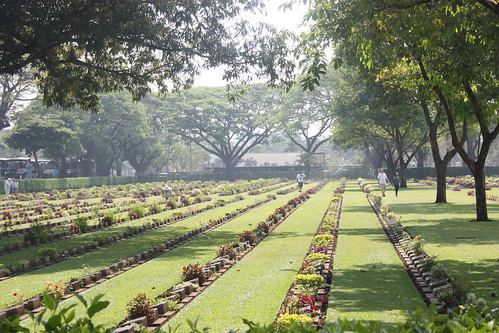 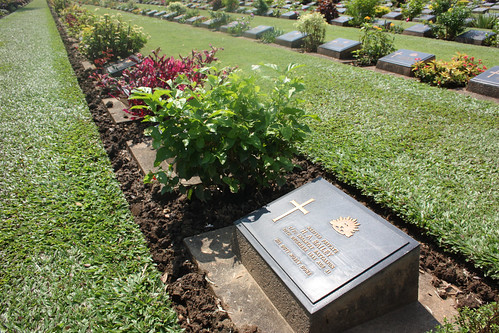 After that we were back in the bus again for a 40 minute ride out of town to a boat pier. Out of the bus and our luggage was shuffled in to a waiting longtail boat then we were away down the River Kwai! The river is large and fast moving and curves through some big mountains – some of which have caves in it. We passed quite a few riverside resorts and after 30 minutes we reached ours – the Jungle River Rafts. Unlike most of the others we passed ours was actually in the river – the rooms floating on rafts. We sat down immediately for a Thai lunch served family style (we pay for drinks) then chucked our luggage in our rooms. Of course our section was all the way down the other end so we had drag our luggage across the little bridges between the huts. There are about 4 rooms to a hut. They are mainly made of bamboo and grass. Each room had twin beds, a bathroom and a hammock either side of the room. The toilet was flushed using a bucket that was filled from a sink beside the loo and the shower was a handheld thing u used standing in the bathroom. Yes it was one step up from camping but who cares when u can see the river flowing beneath you through cracks in the floor boards. 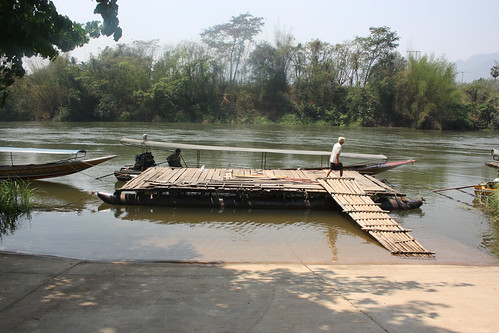 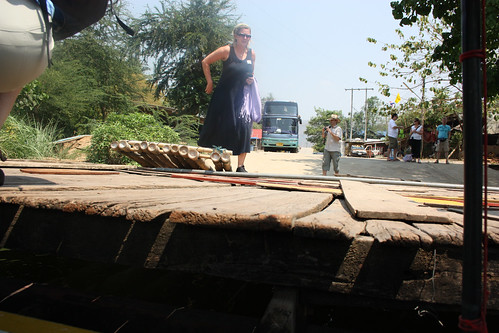 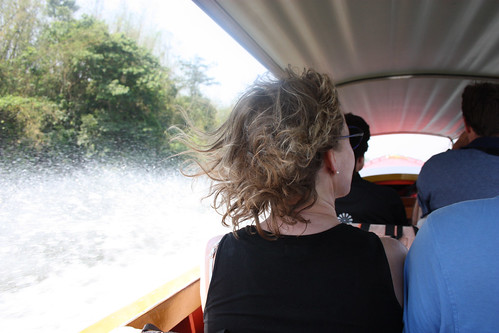 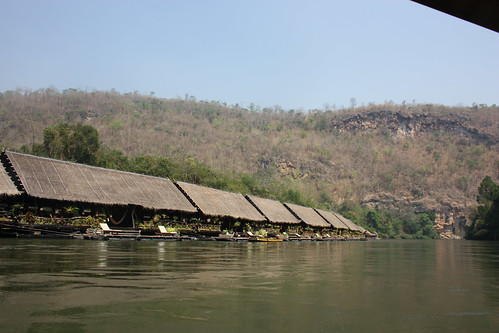 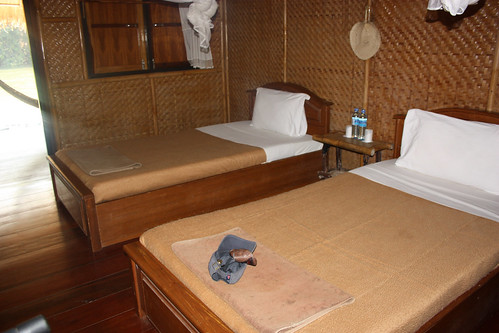 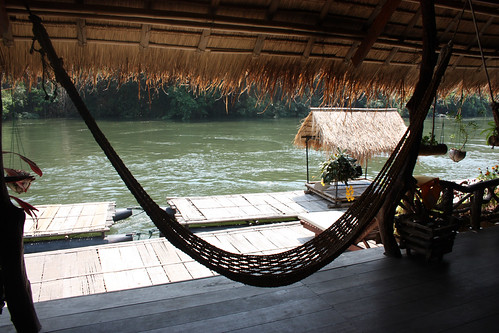 Only had time for a toilet break before we were back in the boat for a ride to hellfire pass. The pier was about 10 minutes back the way we came where we transferred to a waiting jumbo tuk tuk truck. Bench seats in the back basically. Up the mountain and down the road 20 minutes we came to the hellfire pass museum. It had similar information to the other museum we went to, so we didn’t spend long in there. Instead we went downstairs for a walk to the actual Hellfire Pass. It is a cutting for the train to go through but was the worst one out of all the cuttings on the railway. More Aussies died here than anywhere else along the route. I was sweating madly thinking that this isn’t even full summer and imagining how bad it was for the workers. A couple of Japanese tourists turned up around this time an I wondered what they thought of it. We were lucky that we didn’t have to walk up the stairs again and instead walked back along the line to our waiting truck. My group consisted of two German couples (strangers to each other) an Aussie couple from buderim on the sunshine coast (I grew up there!) and a Dutch couple. Had the usual travellers conversations on the way back to the boat and we were all comrades by the end. 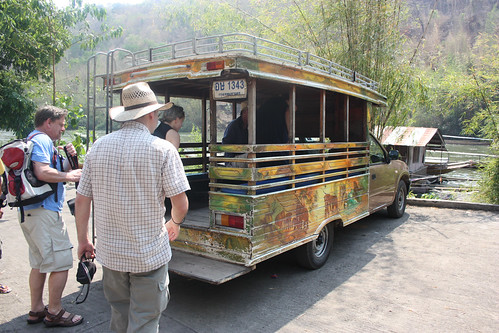 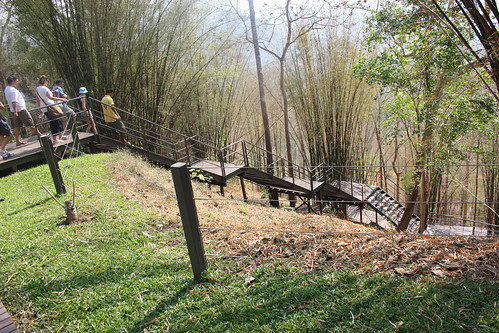 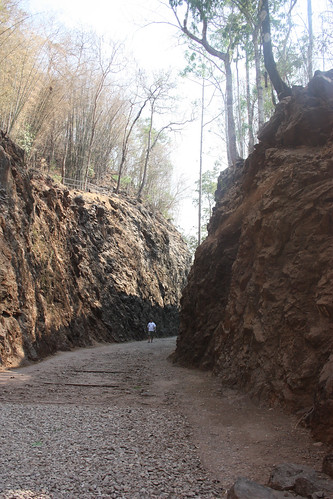 After being shipped back to the hotel we had about two hours free time which I used by dipping my feet in the water on the sunbathing deck outside my room and then moving to the hammock for some dozing time. It was so relaxing as I watched people zip by in lifejackets from one end of the rafts to the other – purely propelled by the current. I would have liked to do it but I didn’t thing my togs would dry in time for packing. 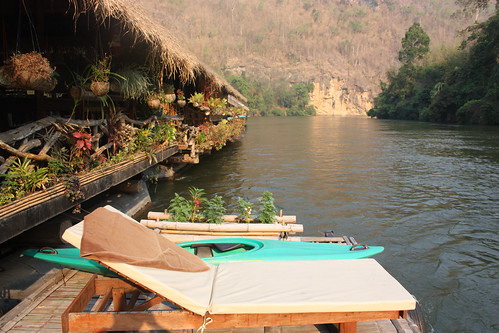 Another family style dinner – this time I was seated with the two aussies and then we went down to the theatre to watch a mon tribal dance. They are dressed in shiny sparkly traditional outfits and do mostly hand movements with smooth transitions ending in snappy jerky accents. The boys do some hardcore up and down movements that almost seem b-boy. One even did a back flip. They sung too but they were hard to hear over the jangly instruments. I enjoyed it immensely. 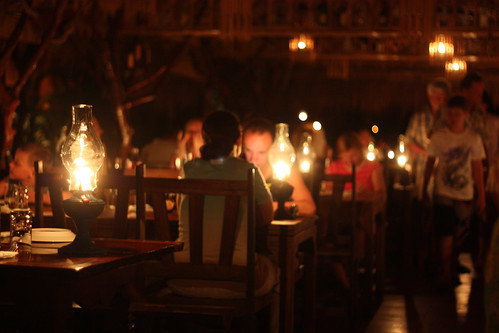 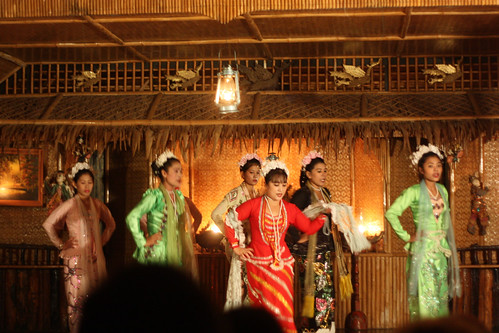 Afterwards I took my lantern from outside my room (no electricity here), prepared my mosquito net and passed out until morning. Easy to fall asleep with the gentle rocking of the rafts. Also sounds like rain the whole time.