It seemed like it was raining all night but it was just the river gushing underneath my room. I awoke to the sound of longtail boats and the gentle rocking of my room. Walked down to see the elephants bathing at 7.30. They were pretty cute and looked well cared for – the mahouts got our scraps like watermelon and pineapple encasements to feed the elephants for breakfast. Watching them I was surprised at how much I now knew about the animal after only really a day at the elephant nature park. I would later even observe their poo to see how old they were. 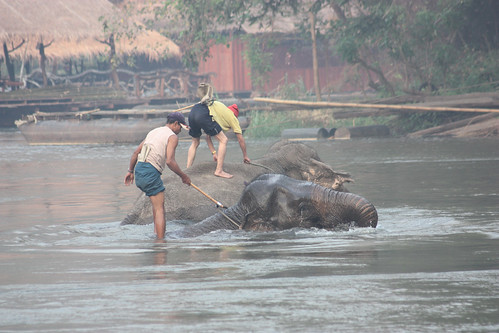 Had breakfast which wasn’t really a choice – you got an omlette, toast, ham and a potato and tough shit otherwise. Ok coffee too. After lunch we went to the mon village which was only up a few stairs from the rafts. We looked at their local crafts, saw the elephant enclosure (where one looked stressed whenever people were around) and the village school. We also went through the soccer field that had cows mowing it and leaving good furtilizer (which the players often kicked) to get to the temple. It was the now familiar stupa type thing but behind it was a pool that had water pumped from the river and then sent down the pipes to the villagers. It’s another one of those places that benefits from a tourist spot to improve the lives of the villagers since the jungle rafts contribute to the community. 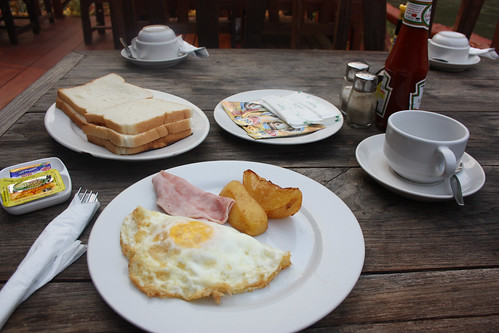 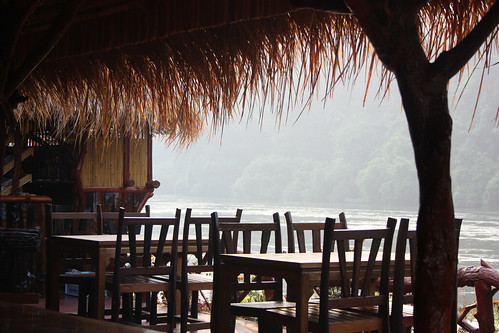 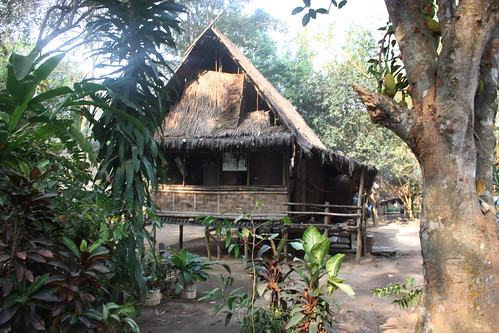 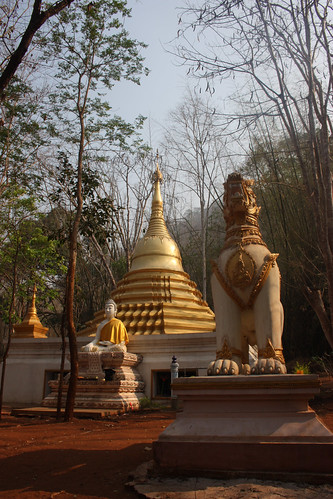 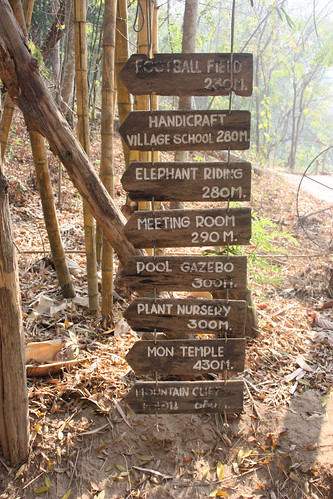 After that we went back to the rafts where I got to lay in a hammock for another hour or so before checking out. I could have laid there all day. Instead we caught a boat back to the pier to have lunch (only me and a german couple left now) and met up with a new bus and new guide who was an older woman. She told us we were going to take the death railway train but it was 2 hrs late so we would only ride a segment of the trip. She took us to lumsum station which was in the middle of nowhere (she hadn’t even been there before) and got the train when it arrived. Luckily it was taking us through the highlight of the railway so we got to see the bridge and stuff. The seats were wood and no aircon and this was the normal train that came all the way from Bangkok (which still uses parts of the death railway). I was sort of glad we didn’t go far as it was stinking hot. At our stop we got out and crossed through a couple of trains to get back to the bus, then we rode the 40 minutes to Kanchanaburi. 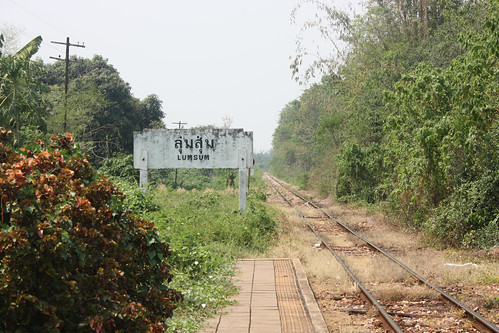 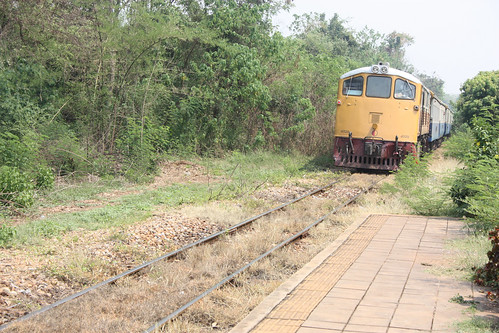 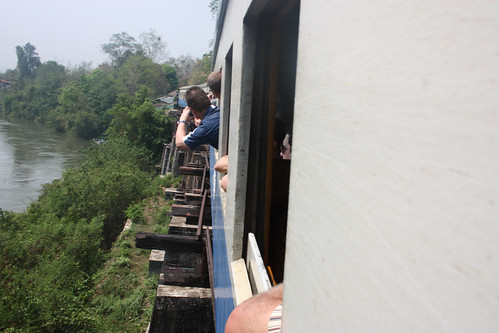 I got dropped off outside the Pong Phen guesthouse where I would try to get to the tiger temple from the next day. The Aussies at the rafts had planned to go to the tiger temple too but they were doing it in the afternoon and then staying at the resotel a night (which is the sister hotel to the jungle rafts). I didn’t know that was an option but I guess the internet doesn’t tell u everything. No matter as this was probably cheaper anyway. 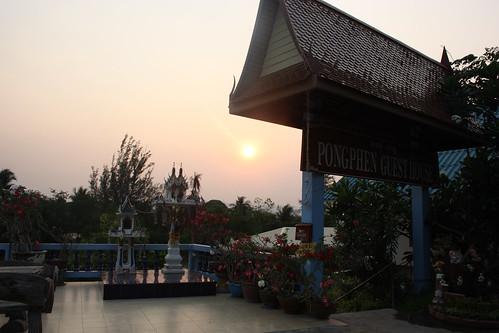 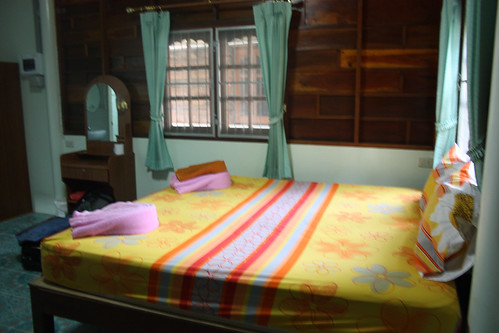 Turns out the tiger temple is obscenely expensive in the morning because u interact more, but the bus to the tiger temple from the guesthouse only went at 2pm. Being the lazy sort I didn’t want to take the local bus or pay for a taxi so I decided take the 2pm bus, stay in kanchanaburi another night and go to Ayuttaya the day after.

My room was a bungalow with a wolf whistling bird outside that also said sawadeekap – the male Thai greeting. Was afraid of what time it woke up. Spent the rest of the evening figuring out what I was maybe going to do in the 8 days I have left, eating pad Thai at the resort and watching the horrible Jackie chan film “the tuxedo”. 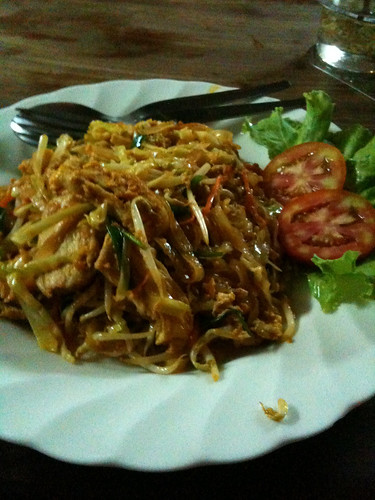