Ain’t much going on today. Went in hunt of breakfast and found it down a side street just off the main beach road near the hotel. Obviously a tourist strip, with pizza shops and tourist brochures. Dropped off my laundry in the same street – the final one before I would go home. Breakfast wasn’t anything to talk about, a lame attempt at the muesli and yoghurt that I had grown to love, but didn’t have that Thai flair – just slops for the tourists basically.

Spent a few hours laying on the beach in a spot near to where I hung out on my first visit to Patong. The beach wasn’t as pleasant this time, it seemed a bit dirtier and choppier. But still an excellent place to people watch. Went back to the hotel for lunch by the pool. An expensive club sandwich ordered from the swim up bar was my choice – it was nice, but I won’t be spending that much on lunch next time.

The pool at Banthai Beach Resort & Spa is amazing. There are three wings of the hotel and each has it’s pool with it’s own bar. You can sit on stools in the water and order your drinks or lay on deck chairs beside the pool sipping your cocktail. There is also two spa things either side of the long pool – a shallow one to lay and get battered and a deeper one. I made a dent in my book while eating my lunch then headed upstairs to sit on my verandah overlooking the pool to read. 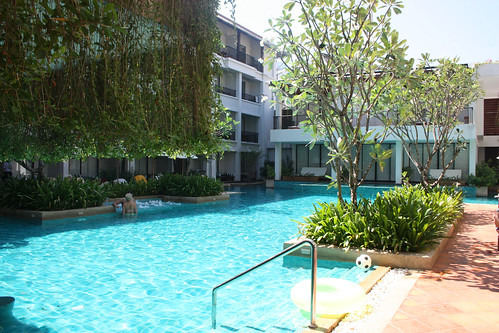 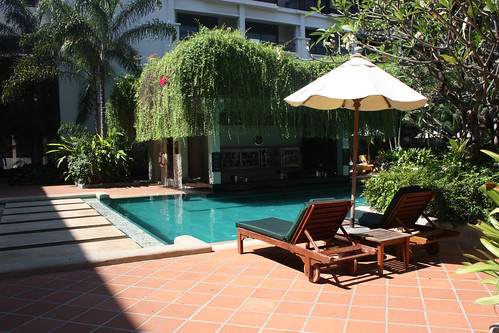 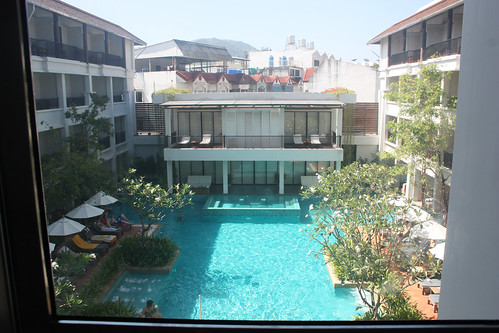 Later I decided to go for a walk down to Jungceylon shopping centre to find some dinner and look for a birthday present for Kelly. I wasn’t having much luck finding the “this is the one” present. The store hadn’t changed much since I was last there and a lack of desire for anything european led me to the chinese MK restaurant chain for dinner. Some BBQ duck and prawn dumplings satisfied me while I watched a thai couple eat. They had either been together for ages or she didn’t really like him. He kept taking food from her plate and she kept getting the shits with him while he didn’t notice – at least that is what I saw. MK has gas cookers at the table so there was a lot of people cooking their own meals to their own likes – I still don’t get why you’d go out to cook your own dinner. 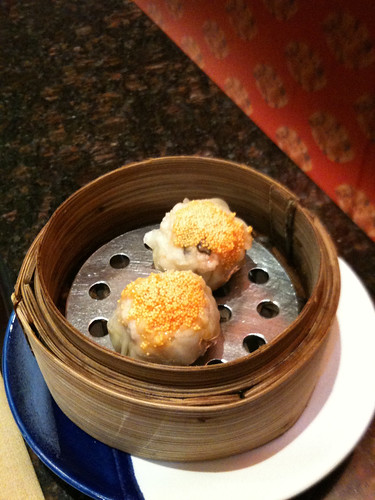 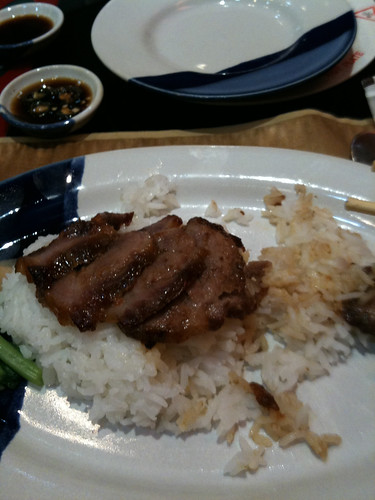 Back at the hotel I relaxed again after my totally relaxing day.