Woke up in a bus only to see a “phuket animal quarrantine station” sign out the window. Thought they’d finally figured me out but no, it was just a pause as we continued along the freeway. It was 5am and I figures we were close to the end of our destination. I had managed around 5 hours sleep which impressed me – also impressed that no one snored. The hostess who was my sleeping partner (chair beside me) got up and made us all coffee and gave us clean wipes. I made one last visit to the loo since I didn’t think it would be fun to do with all my bags at the station.

When we got off the bus in Phuket town I avoided the tuk tuk drivers when I saw a sign for Phuket. I was looking for the information window (all Thai bus stations seem to have one) when I saw a caucasian couple negotiating a tuk tuk ride. Throwing caution to the wind I ran over and asked if they would share a tuk tuk. I said I’d give them 200 baht (450 baht was the full price) which they agreed to. I dont think i ever would have done that at the beginning of my trip. They were from Finland.
It takes about 30 minutes to get to Patong Beach from Phuket town and the roads were quiet at 6.30 in the morning. It’s always good to go over the hill and see Patong and the beach after going through jungle. Our driver didn’t really know where to take us so he stopped somewhere and we showed him our hotels. He took the Finns to their hotel first but that required lots of stops and asking as he drove down the right street but couldn’t find the hotel. Eventually it was found (after 15 minutes). I gave the couple 200 baht and they gave me 500 to pay the driver. It wasn’t until later that i realized I only paid 150. Nice! My hotel was a lot easier to find being on the main strip – plus I knew where it was from the last time I was there. 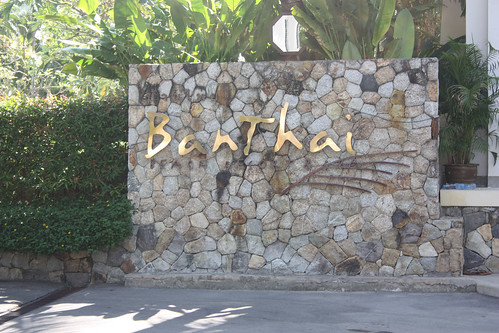 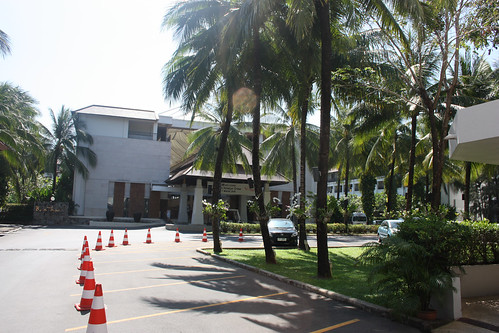 I deliberated for quite a few days over what beach to stay at but in the end went for Patong again because it was cheaper there and I wanted to stay somewhere nice. Agoda had a good discount on the Banthai resort which was in a great spot across the road from the beach and had lots of pools – each room with a view of one or direct access. I arrived at 8am and they were kind enough to let me check in. They sent me to an aircon room with an excellent longan drink to fill in the paperwork. I was taken to my room where I promptly drew a bath and washed the bus trip away. 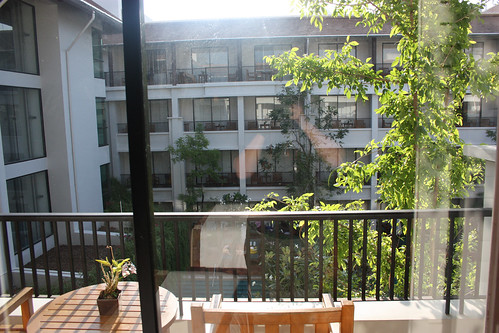 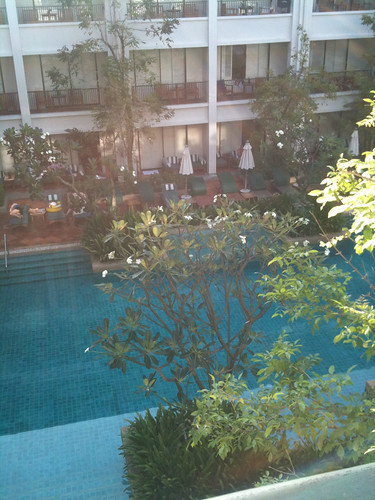 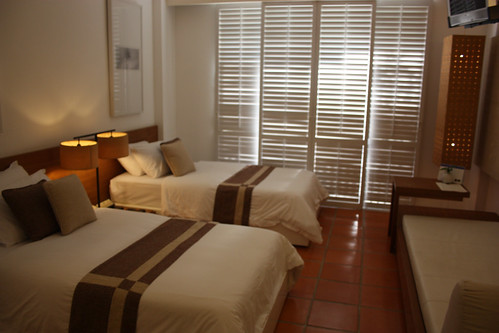 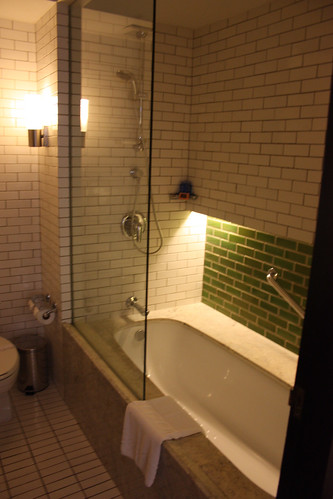 After my bath I laid on the day bed, sat out on the patio and then passed out asleep until 2 pm. By then I was hungry enough to leave the room but only went as far as mcdonalds on the corner. I had wanted mexican but they looked shut so I opted for a cheeseburger – an awesome one at that. Thai people even make maccas seem fresh! Then it was back to the room for more laying and sleeping and tv watching (have to get my moneys worth!)

Went back later and had the mexican food I wanted which was yummy – especially paired with the coconut margarita. There was a band outside singing “simply the best” – for the aussie football fans perhaps? Then again to the hotel room and sleep. Not much of a day but I was just enoying the fact that I didn’t have to pack my bag for 3 days. 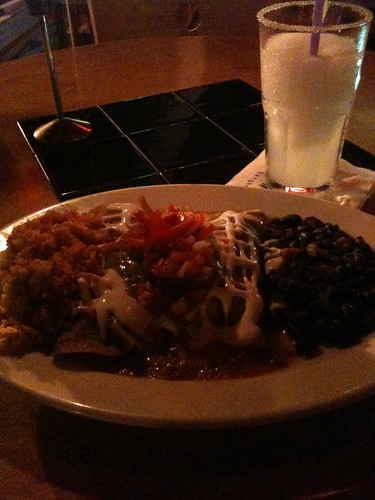