A visit to the it mall was on the cards again after breakfast where I saw Mel and Hema and once again farewelled them. I took my laptop with me as I had to book a Phuket hotel and previous agoda iPhone experience had been poor (it wouldn’t let me pay!). At 9.40 the mall still wasn’t open so I sat in the S&P bakery aircon and used my truewifi that came with my phone simcard (great purchase btw). After much deliberation I had decided to go back to patong as most of the cheap accomodation was there and I actually liked the beach (even though there were prettier ones). Got the aok from Pauline to buy some gadgets (always need a sanity check in case it’s impulse) and headed upstairs to get the stuff. Managed to buy P’s Belkin ac anywhere but the 3g router store was still closed. Couldn’t wait around as I had to check out of my hotel room so decided to go back later. 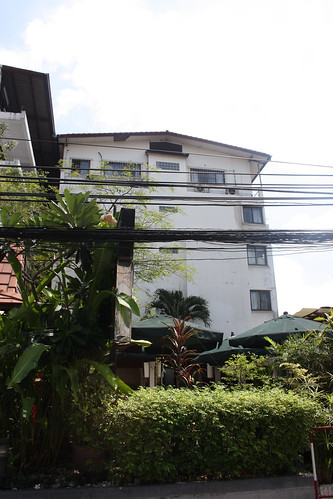 After checking out an leaving my bags at reception I walked down the lane to catch a free golf cart to the Siam Paragon shopping complex. It wasn’t far so I was being a bit lazy but it was hot and through a construction site so it was worth it. I had 4 hours to kill in the shopping centre so I walked slowly and methodically around every floor. This was an expensive shopping centre – Chanel, porche designs, dolce and gabbana – you know, not stuff that can keep me occupied for long. I did do a little swimsuit shopping in the paragon department store but odds were they weren’t going to fit. But I did take photos of the ones I liked – they have great choice. Also spent a fair amount of time in the bookstore and after some deliberation I bought a yuri manga comic for the bus ride and the girl with the dragon tattoo. It was a bit of an impulse buy since I’m still not even halfway through Infinite Jest which needs dedicated attention to read.

Pizza in a cone!: 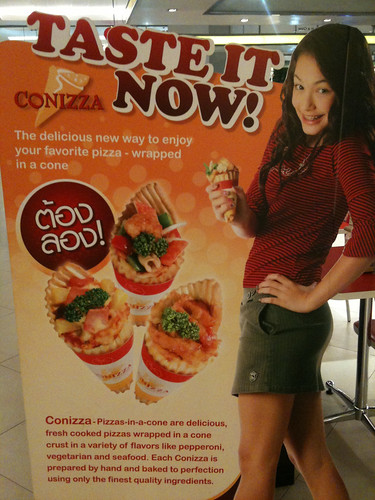 Ice cream in a ball!: 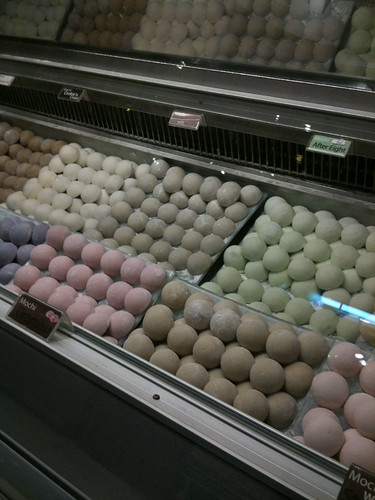 For lunch I hung out in the food court eating various street food that I had seen on the street but figured it was safer here. Mostly things on sticks. God I love Thai food courts. Send someone to aus to teach us how to do it and put it in a mall designed for 30s and unders. Are u listening Westfield? Revamp! Got addicted to cold lemongrass tea too.

By then it was around three so I took the golf cart back and headed to the IT mall. More debate with pauline via google chat as the model was different to what we expected. Got it and got a 500 baht discount after I visited their website and saw it cheaper there. He said it was unlocked even though it was three branded so we’ll see.

Back at the hotel I grabbed my luggage and headed for the main road. The tuk tuk guys were thankfully on jobs and I avoided the yellow and green taxi drivers parked nearby as they are known for ditching the meter. Was lucky enough that a pink taxi was dropping off some people where I was so I got in after they got out. I had gotten the hotel to write southern bus station in Thai to give to the driver but he didn’t look conviced so I tried other various ways to show him (iPhone map and lonely planet book) until he said yeah I know! Eventually I figured we were going in the right direction when I saw road signs for the station. Traffic in Bangkok at that time of day is bad so I was going myself plenty of time to get there. Cost me about 170 baht to get to the station but I gave him 200 cause I was just happy we got there. 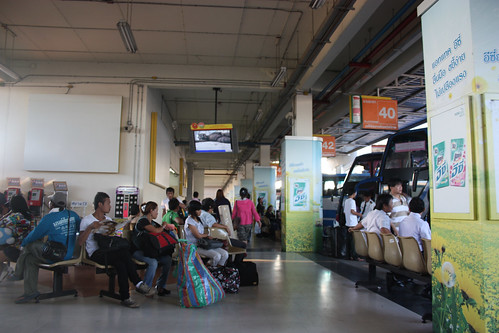 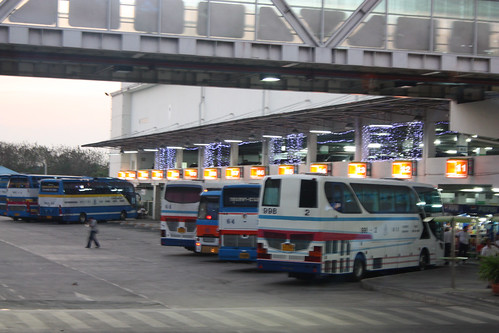 The bus station is newish and house over 100 bays for the different long distance bus lines. I wanted a 7pm bus so I didn’t arrive in phuket too early but the only one on offer was 6.30pm so I took it. It was a VIP bus which I wanted considering the trip would take 12 hours. But it took a while to get the tickets as some damn bastards kept pushing in from the side. No respect for the line – wankers. You can leave your luggage for a fee but I was too cheap todo that for what was only really an hour and a half. Instead I bought a donut then settled down outside to watch the buses coming and going -there is a lot to see. 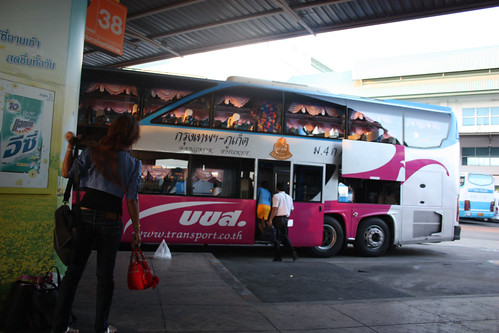 Finally it was time to board my bus. It’s two story but downstairs is really only for the bus driver plus luggage compartments and toilets. I had a window seat in a two seated which wasn’t taken when we left the station. There is a hostess who gives you water, a cream roll thing and some peanuts. She did some announcement in Thai and then after some Thai shows she put district 9 in the player. Unfortunately for me it was dubbed in Thai so I put my headphones on and listened to music with one eye on the actionand the other on the road. We stopped a few times to pick up people and drop off paperwork. Our last pickup was in Hua Hin around 10pm. Hua Hin is a beachside town with highrises like the gold coast. The stretch of beach seemed very long and is the summer holiday location of the royal family. 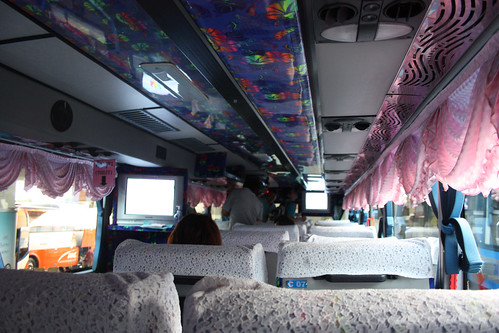 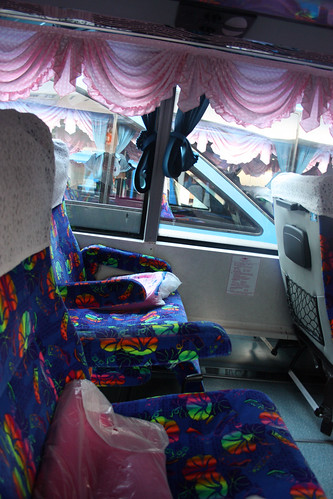 After another hour or so of driving where I almost fell asleep we stopped at a VIP restaurant. Most people got off but I chose to stay with my stuff. A lady got on and took parts of our tickets in exchange for drinks or yoghurt or fruit – so I took the yoghurt. By now it was midnight so not long after we left I fell asleep – the hostess bedding down beside me as it was the only spare seat left. The seats don’t recline all the way back but they were pretty comfortable. We get blankets too which you need as it gets chilly. Jammed with my seat were all my hand luggage so it wasn’t exactly spacious for me but I did end up sleeping well for about 5 hours. If you book early enough the flight is only a little more than the bus but I wanted to experience this – plus it saved a nights accommodation. Only real problem I had was that I was asleep when went over the bridge to get to Phuket Island – I wanted to see it!