It was way too hot to ride the bike around Ayutthaya in the morning so I had a breakfast of crepes, wandered the streets for a while then took the bike back. Also went to a department store that was sort of a lower class one compared to the ones I’d seen in Bangkok. This was like a kmart instead of a David Jones. 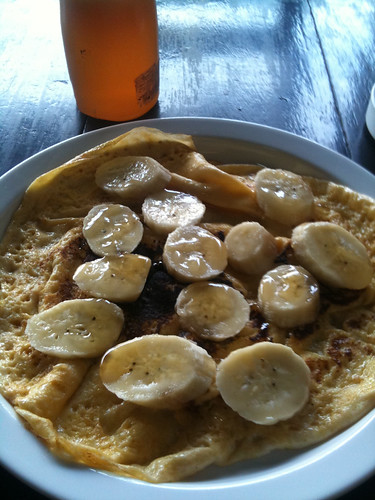 There are many ways to get to Bangkok from ayutthaya. I could catch a train, which I had already done along that route from Chiang Mai, a bus which was down the other end of town, a boat which I had no idea where to go to get it or the mini van across the road from my hotel. Although I was urged to take the boat I opted for the lazy way to go and took the mini van since my luggage has increased in size since Vietnam. Turns out that this van is how the locals do it so I was the only Caucasian in the bus (also the only one with a truckload of bags that I balanced on my lap. Makes sense since the mini vans are across the road from the local bus station. You sit in the van until it is full which doesn’t really take that long.

The trip takes about 1.5 hours and only slows down once it hits Bangkok. The network of freeways is impressive compared to Vietnam but of course they are pretty ugly. At one point we followed the same track in to Bangkok as the train line and went past the Don Muang Airport. We were dropped off at the Victory Monument which was next to a BTS station. I took my load of shit and got on the skytrain to my hotel.

I had decided to meet up with the tour group I had left in Vietnam since this was their final night on the tour. They had done Cambodia in the meantime and I wanted to find out how it went. Via email I arranged to meet them for dinner and decided to stay in the same hotel as they were. Turned out to be the best value accommodation I had in Bangkok. Only against was that it is a fair distance from the skytrain when you are carrying luggage in the heat of the day. I turned up at the hotel with sweat dripping in my eyes and a completely soaked back – not something I’m used to. 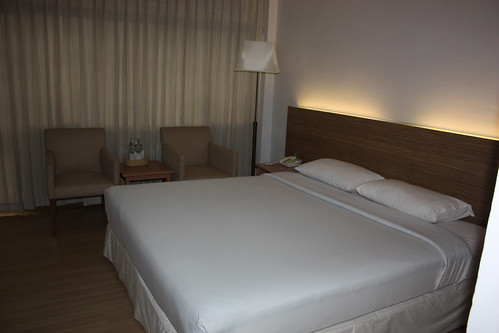 After checking in I took a shower and watched a little Jason Bourne movie since I wasn’t going ou again in the heat of the day. After that I visited Pantip Plaza which is the IT mall of Bangkok. 5 floors of geeky goodness where I found some stuff Pauline and I had our eyes on. I didn’t make any purchases as some research was required but I would come back tomorrow. I wish Australia had one – it’s like a permanent computer market. When I left I saw two guys loading a huge LCD tv in to the back of a tuk tuk. One way to get your tv home I suppose. 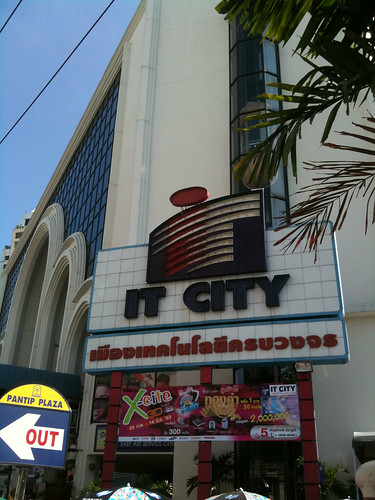 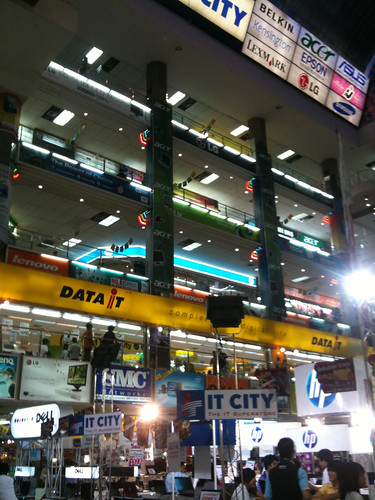 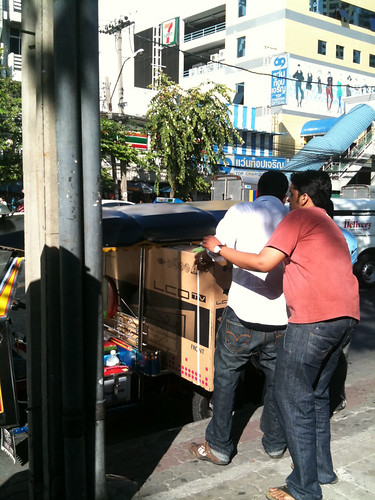 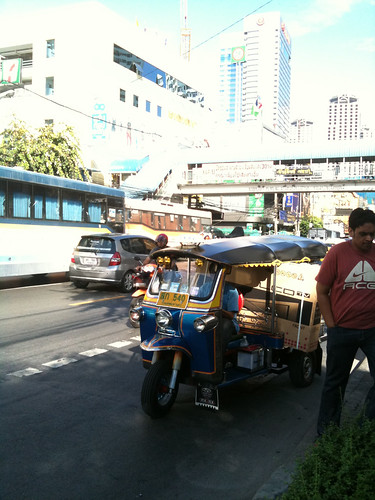 Had another shower at the hotel and then went down to meet the tour group. They were all there and regaled me with tales of how hot Cambodia was, how much they enjoyed it, how much water they drank and how good their guide was. I had asked them to do tomb raider photos at Angkor Wat which they obliged for me – it was pretty funny. They also did a charlies angels pose. They said it was around 42 degrees there and they drank so much water it was unbelieveable.

When everyone arrived their guide hailed us taxis to go to dinner – the restaurant being Mango Tree. I jumped in the first taxi but she had a lot of trouble finding a second one as no one would do meter and asked for silly amounts. Finally everyone arrived and we entered the restaurant. It wasn’t the cheapest but it had a live traditional band and lovely relaxing Thai setting. I ordered some weird food to try – leaf with dry coconut, peanuts, tamarind sauce, ginger and onion that you made yourself. It was quite nice. For mains I had a steamed seafood chilli mouse which was a little too spicy for me – I ate about half but was also full. Good mango daquiri was upping my heat quotient. Mel ordered some sort of cocktail that came in a glass with boobs. Wish I ordered that! 🙂 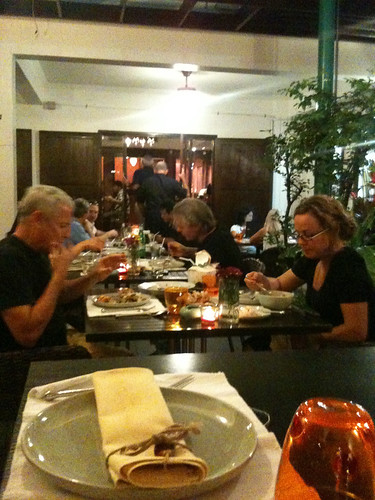 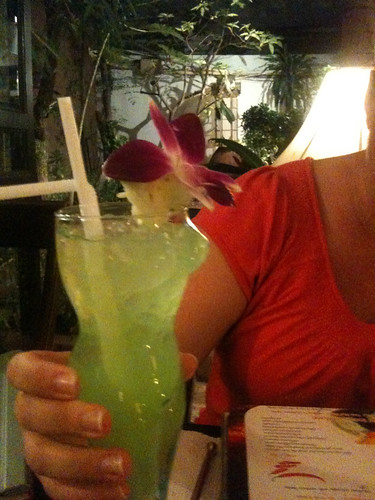 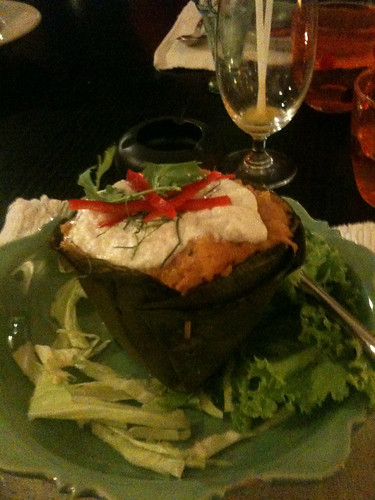 After dinner we headed to Patpong Markets which was just around the corner. Only a few were interested in buying – the res of us just wandered until 11 when we agreed to meet. We got the usual ping pong show offers while we perused the menus. They were things like pussy blow out candle, pussy electric, pussy broken banana, pussy chopstick. I felt inadequate as obviously I am not doing enough with my pussy. I took the american girls down gay man street which was much more livelier this time. They made the comment that they could tell it was gay cause the street was much better designed. 🙂 it seemed less pervier this time around. On the walk over there a guy outside the bondage club pretended to whip one of the girls and say he’d give her a spanking which was pretty funny.

At 11 we all headed to the skytrain after not getting any good taxi/tuk tuk offers. Then it was a final farewell to the group and off to bed.