Over breakfast the girls at the guesthouse told me the mini van to Ayutthaya was available so I booked it. I had almost given up on the mini bus and had prepared to take the epic journey so now I had an unexpected free morning so I bought some supplies and hung out until 1.30. 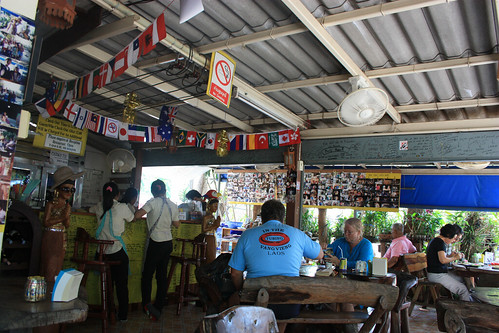 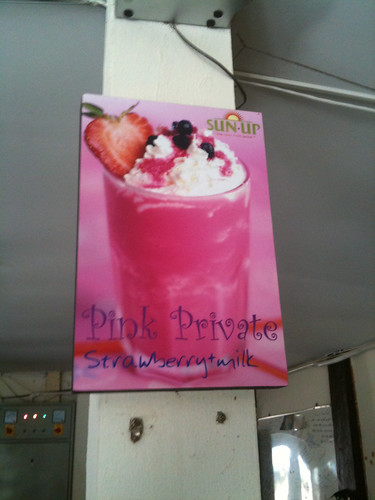 All this for $3 Australian: 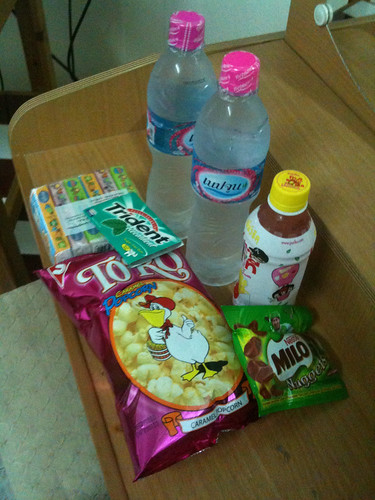 The mini bus picked me and 3 others up at my guesthouse and picked up more so that we were actually full to my surprise. We had some English and German backpackers and even a family with a little girl. The trip took about three hours with a break near suphanburi. Not much to see other than ricefields and other cars. I did notice though more abandoned buildings – this time a stadium and a training circuit. There is so much construction in Thailand that looks like the people building just up and left – even highway poles. Makes me wonder whether it was the GFC that caused it or something else.

I got dropped off at my hotel which was around the corner from the backpacker strip. Mine was backpacker prices but in a little bit fancier hotel – except that my room ended up being out the back in a seperate building that was more like an American motor hotel where u stop for the night. The room was ok, although the bed was a little saggy that worked in my favour since Thai beds are so hard. 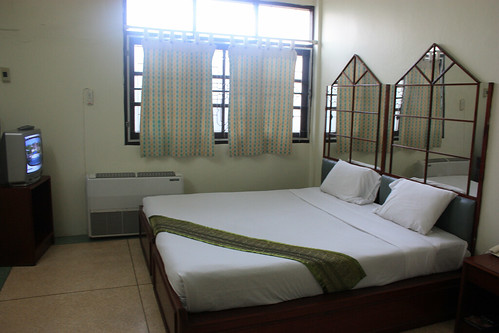 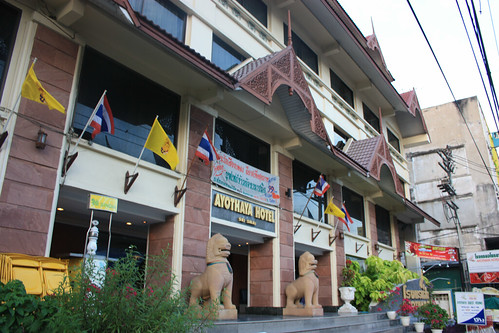 I dumped my luggage then headed back to the backpacker strip where we had dropped off a bunch of people. I had noticed some bicycles for hire so I got one for overnight for 40 baht and took off to look at the ruins while the sun set. It was the best time to do it while avoiding the heat of the day and the light was good for photos.

Ayutthaya used to be the capital of Thailand an therefore has a load of temples that are now slowly falling apart. All of the decorations got taken over the years so now you just have to imagine the gold and such while looking at the bricks. I covered a fair bit of the area until it got dark. Around 7 they light up a few of the wats so I took a few photos and then headed back to the hotel. There are so many stray dogs everywhere that you feel a little vulnerable when it gets dark. Being Buddhist I don’t think they are in to chopping off dog balls so the dogs just procreate at will. 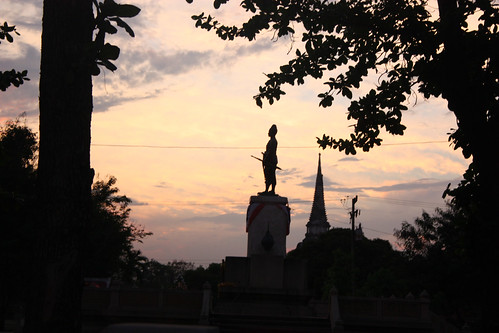 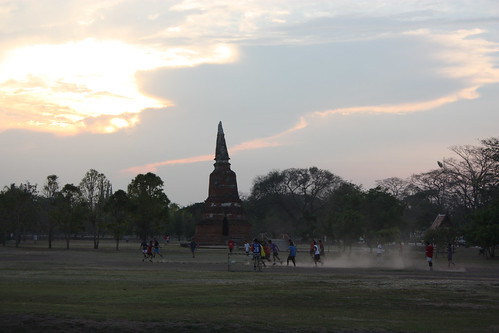 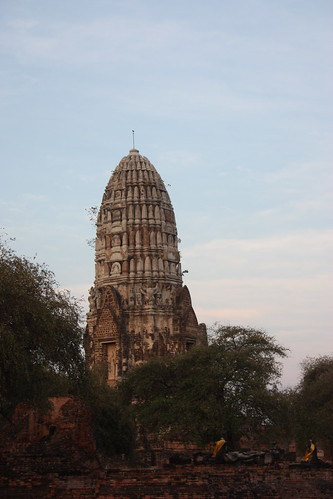 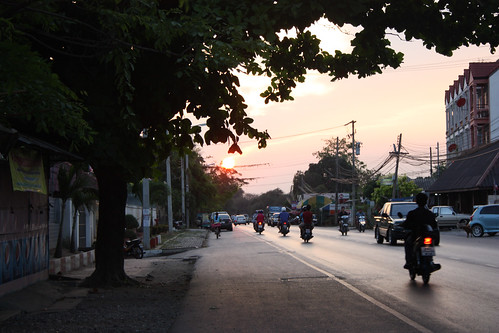 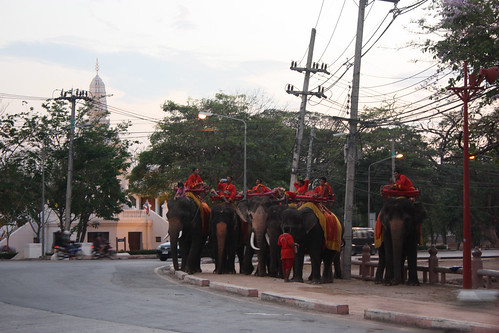 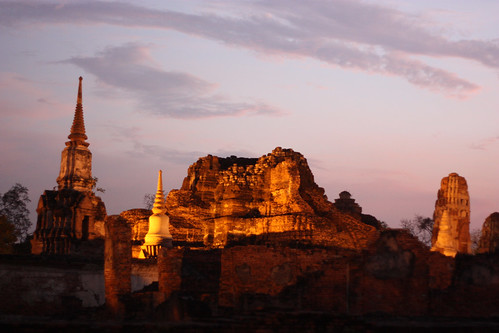 In the streets they had a cool lighting display that looked like rain. It ran all the way down the middle of the street wherever there was a light pole. 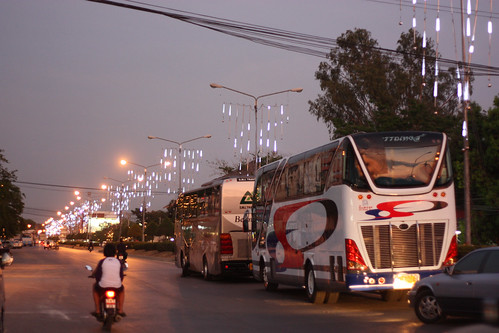 Leaving my bike in the room (benefits of ground floor motor hotel) I headed to Tony’s Place for dinner. Bought a banana shake and chicken curry which wasn’t the greatest idea for my face but worth it. I already had a red face from some spicy food I had at the raft so I just added to it here. I was just finishing my drink when a Swiss guy asked to sit since there were no tables left so I agreed. Chatted for a bit about the usual travel stuff. He had been to vietnam 20 years ago which would have made it quite different. On this trip he was going trekking up near the Thai Burma border – way off the tourist track. I eventually paid my bill, bought him his beer than bid adieu. I could barely hear him with my blocked ears from the cold and music. It was too much effort to chat and I was tired from my bike ride. Plus the curry was making sweat like a maniac. Back to the hotel room and off to sleep.

1 thought on “Day 44 – Kanchanaburi to Ayutthaya”