Morning at the relax resort

You know there ain’t going to be much happening in this post. Slept in until 9.30, did some in sink washing and headed down for breakfast. Watched all the people head off on their tours while I munched on my excellent muesli, fruit and yoghurt and sipped on my disgusting instant coffee. 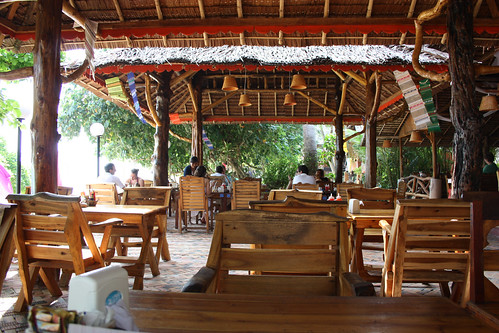 Headed down the beach for a little walk and then settled down in a deck chair to read and watch the longtail boats come and go from the beach. I was amazed to see them deliver bags of ice from the boat – impressive that the ice makes it that far. Amused myself taking photos of the crabs that were busy making holes at my feet while I listened to my iPod and made a debt in my “infinite jest” book. God it’s hard being on holidays. 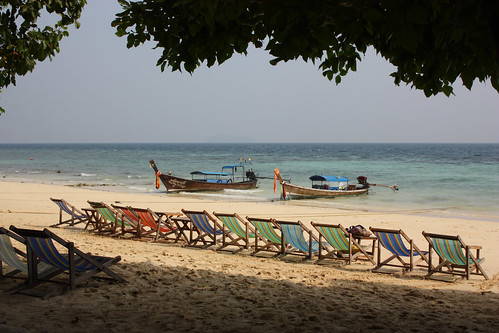 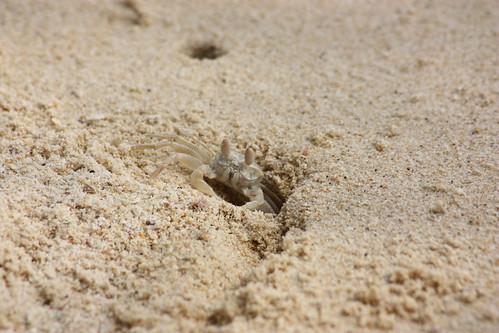 Paying for my morning

After a lunch of prawns in garlic and pepper with fried rice I headed back to the room to get changed and go for a swim. The tide had come in during the day which made it much better for swimming as there was more sand less coral. Discovered that my laxness in putting on sunscreen while under the tree had resulted in a sunburn that ended where my shorts began. It seems that my first week in Thailand was teaching me that my years as a brown child beach bum had been nullified after a year in England and 10 years hidden in an office. You don’t get suntan credit it appears. 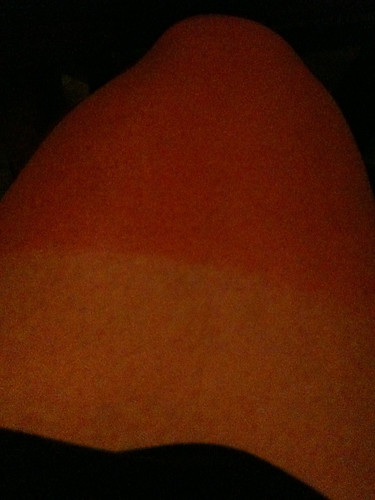 No matter, I just slathered on the sunscreen and headed out for a swim. I did have a shirt an boardies on though since I’d learnt a litle bit of a lesson from my first day sunburn in Patong. I concede I am still stupid though.

After my swim where I just watched speed boats and longtails zoom past the bay for an hour I headed back to the room for a shower, read and a sleep. It’s very hard work this relaxing business. 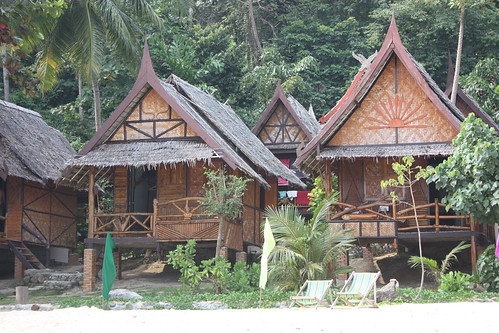 I was surprised to see cane toads on my walk from the bungalow, I’ve heard a few animal noises but have no idea what they are. I have spotted minor birds though – the blacker yellower kind that you see up in Cairns and not the Brisbane grey ones. 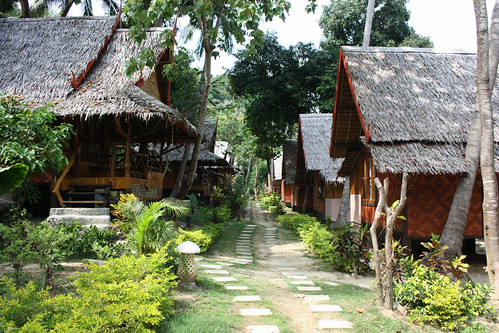 Back at the restaurant I got sympathy from my favourite waitress for the sunburn – o wasn’t looking for it, she made a comment about my red face! Then I helped demonstrate prawns to the older Europeans at the table next to me. They clicked when they realized it was shrimp. I’ve decided I can only tell the French or germans and everyone else is European. There are a lot of Europeans holidaying here, most likely to escape the winter. Very few Australians.

Dinner for me was big – spring rolls and a prawn, pineapple and cashew nut complemented nicely by a zombie cocktail. The idea of $6.66 makes my heart sing considering I usually pay $15. 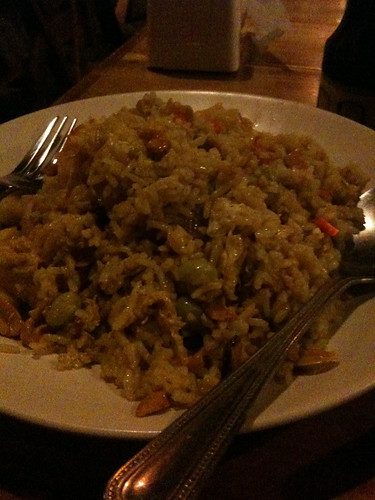 Tomorrow I’ve signed up for a half day tour of phi phi le where the movie the beach was filmed (I’m currently on phi phi don). My time at relax ends the day after that so I’ve decided to stay another night in phi phi but over in the main town where the dock is. Then I’ll stay in Phuket Town before catching a flight to Udon Thani.

None! No internet connection!