Another early morning 8am departure but this time it was sadly for good. A midly bumpy ride to phi phi pier and Ton Sai village (Thai for tourist village). I was taking the “I’m such an independent traveller but I’m going to use my lonely planet guide” approach to hotel selection. I proudly walked past the touts and carts to promptly get lost in the 4 streets of the village. I was trying to find the white hotel which was recommended in the guide but ended up walking to far. I walked past many backpackers pulling their luggage to the pier or getting it carried in carts.

By this time I was sick of carrying my bag, checking my map every few minutes and sweating like a pig. I finally found the white 2 hotel which was an expansion of the missing white hotel. There was no one at the desk but a ladyboy exited one of the rooms and asked if I wanted one. A little bit sceptical that she was staff I took up her offer of looking at the room, then proceeded to check in. She asked for my passport and had started the paperwork when another lady turned up to say the room was booked. Ladyboy whisked me to another hotel down the road which was above a restaurant.

Some quick negotiation and ladyboy had me a room for 1300 baht ($43) and took me upstairs to inspect. She checked the aircon, tv, toilet and shower for me then paused when she heard a song start on the tv. It was Madonna singing like a prayer for the Haiti earthquake fundraiser. We both stood in the room with quiet reverence as Madonna sung, ladyboy transfixed. It was so long I was starting to wonder if there was something else she wanted but eventually we headed downstairs when Madonna had finished. She said she loved that song. I paid for the room and gave my new friend 20 baht for helping. She said she gave massages down the road and I should come see her if I wanted one. The whole thing was frought with traveller stupidity but it’s easy to just follow blindly along when someone takes charge. 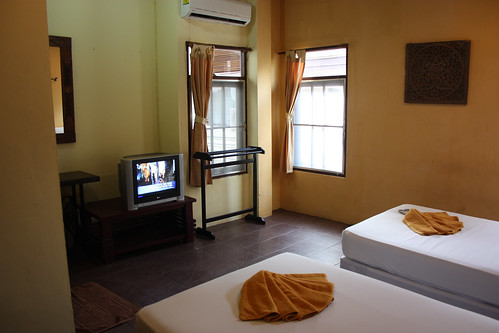 After settling in I headed downstairs for breakfast at D’s books which had free wifi. My attempts at connecting were mostly a failure – had to get the waitress to type in the password. It didn’t actually start working until I’d finished my bacon and eggs but luckily I can get it from my room next door. Excellent bookstore but I have to finish infinite jest before I get anywhere near another book. The damn thing is just so big. 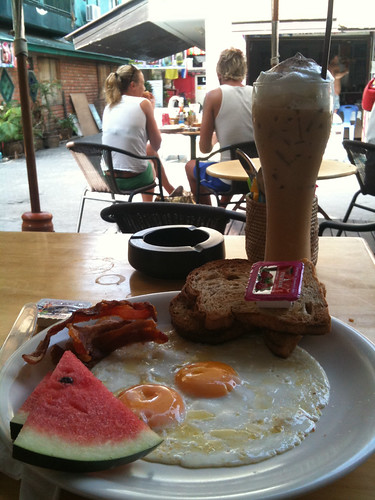 After reconnecting with my social networks for an hour or so and chatting to Pauline, I headed out to wander the streets I had missed when I was lost. There are only really 5 kinds of stores in this village: massage, food, laundry, travel agent and 7 eleven. But there are tonnes of each. It’s really kind of annoying as so much choice becomes a burden. Cars aren’t allowed on the island so everything is done in either steel carts or bicycles. No scooters either. The small laneways make it kind of cute. I found the beach but was disappointed by it after the beauty of relax resort. Suspect it is party central though at night. It was too hot though to walk around so I’m holed up again in my room. I’ll head out again later as I suspect I may not get a good sleep being across from an Irish bar. If u can’t beat them…. 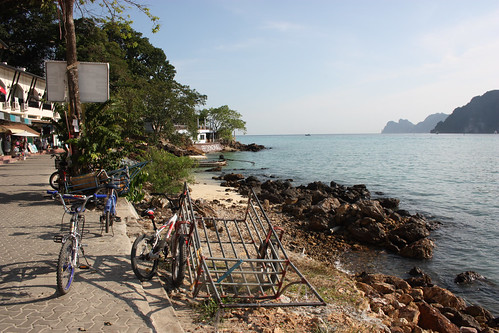 First ever bucket (written the next morning)

Stayed holed up in my room doing research as I decided not booking my hotel is a pain in the arse and just adds stress. Never mind that I’m doing that tomorrow for a place that is so new it doesn’t even have a website. Owner of the bodega hotel recommended it to me though.

Around 4.30pm I headed down to the water to find Carpe Diem as I read it was a good place to meet people, drink a cocktail and watch the sunset. Unfortunately though I never found it. There were a lot of seafood restaurants on the waters edge and some bars I might return to later but I was a bit sick of fish. There seemed to be a lot of italian restaurants around so to promote goodwill I ate in the one below my room. I got a pizza, coke and garlic bread in a 220 baht deal. Pizza was huge but only being a cheese one it was easy to eat all of it. Excellent place for people watching and I got to watch them turn the pancake stalls in to bucket stands. 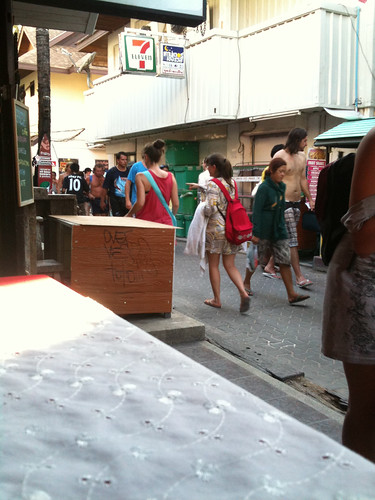 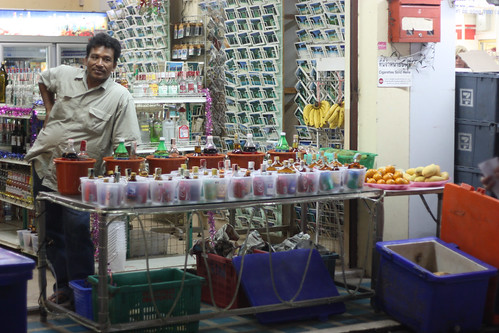 Upstairs I had my first warm shower in days and put some going out clothes on. Wandered the streets taking nighttime photos then settled down in low seats at Carlitos Bar to watch some fire twirling. Ordered a bucket and consumed it over the course of two hours. Firetwirling was great, they did it to pop music and danced for the crowd. I meanwhile got grinnier and number and was finding it a struggle to finish my bucket. I did though and headed back to my room in a hyper so drunk I wouldn’t ride a scooter state. I was busting for the loo and was so relieved to get there. The rest becomes a little foggy. I know I threw up in the toilet, passed out watching the pier camera tv channel and thought someone had stolen my iPhone even though I had it in the room when I got back. Found it on the floor beside the bed eventually. At least the thumping from the Irish club didn’t interrupt my sleep. As for the bucket, my seediness this morning when I’m about to take a boat ride is utter stupidity and wasn’t worth it. 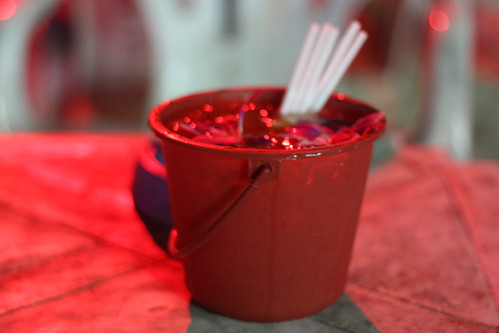 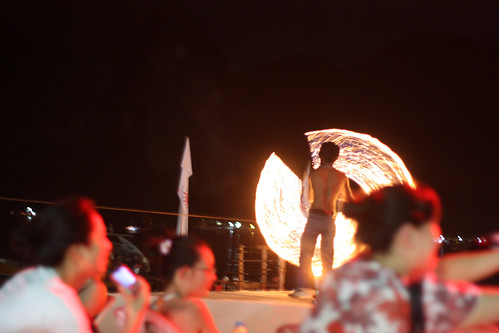 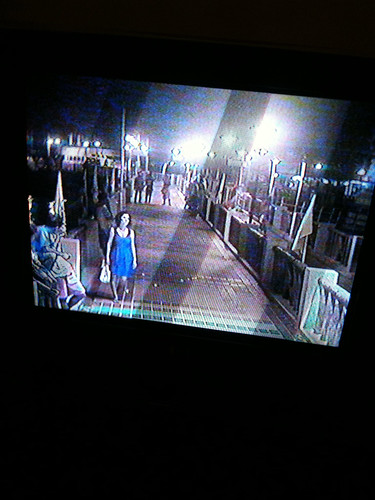