Woke up to a beautiful sunrise out the window, we ate breakfast in our private dining room and then squeezed every last moment we could of the spa in the room before checking out. 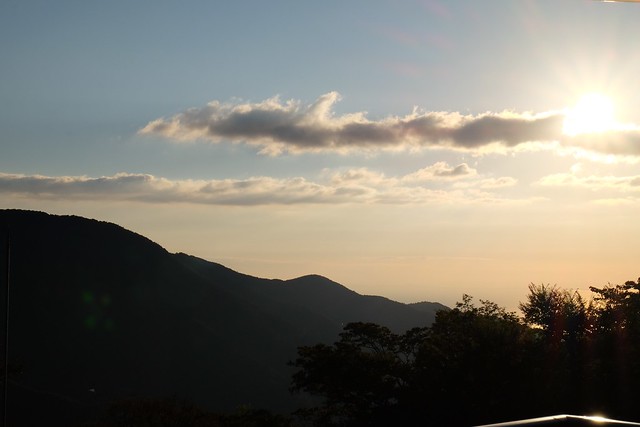 Instead of taking the van back to Gora station, we decided to take the cable car down. We thought it was a bit of a walk to the elevator to get there and asked the staff at checkout for directions. Instead they started wheeling our luggage outside, which we helplessly followed, afraid they had a walk on them. Turns out there was a little path and the elevator was in the mountain of rock behind the hotel. They put us in it with the luggage and waved us goodbye. We felt like James Bond as we slid diagonally up the mountain, letting us out at the top, which also happened to be the cable car station. 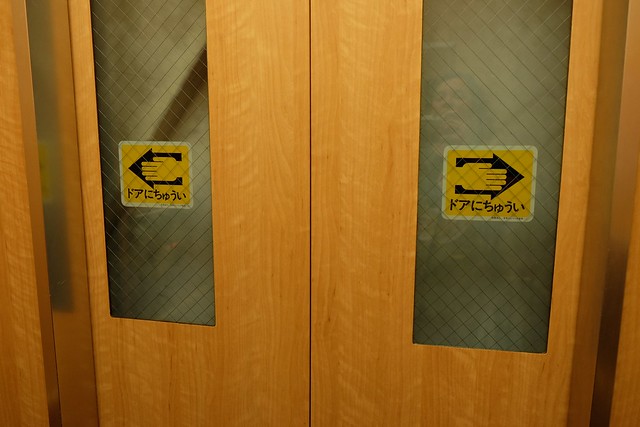 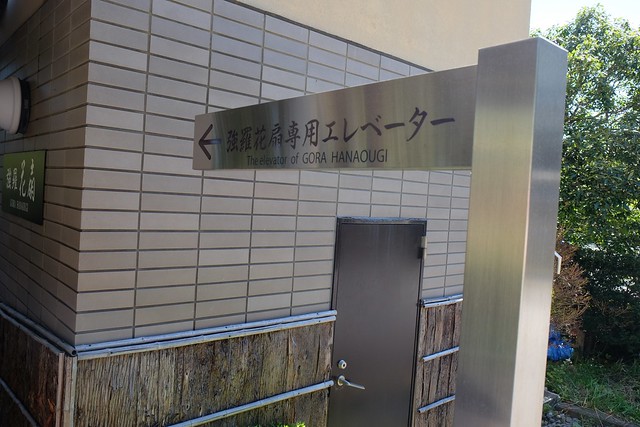 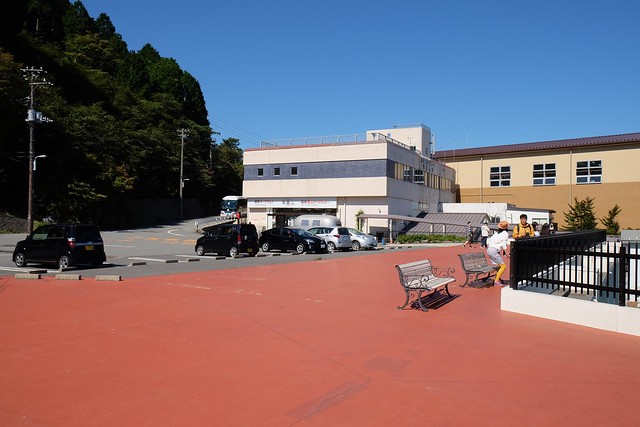 We bought our tickets, got our seat and headed down the mountain in to Gora, swapping transportation for the zig zag train (Hokone Tozan) to Hokone-Yumoto then another to Odawara. 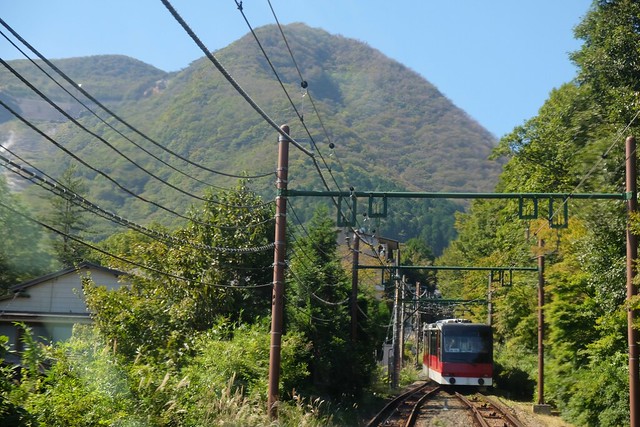 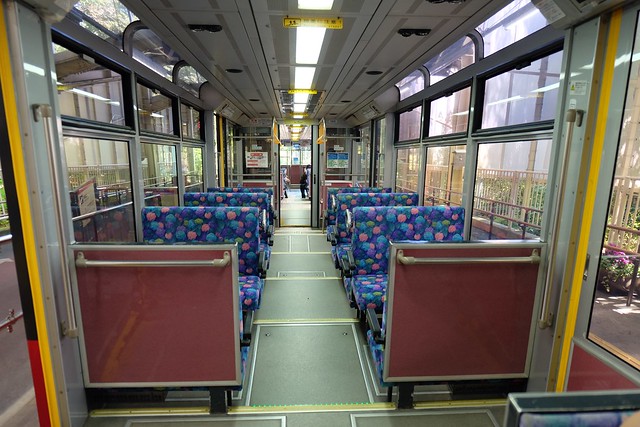 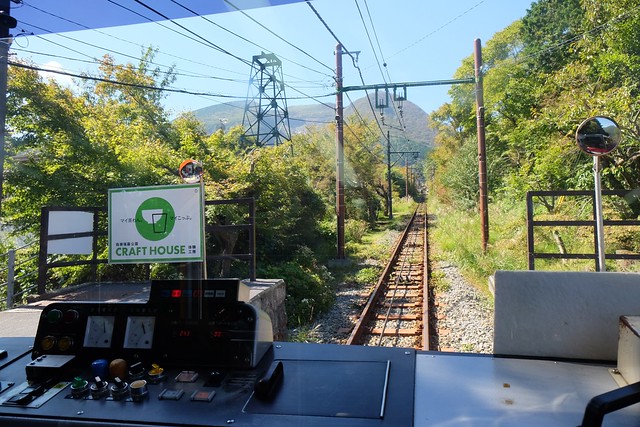 Back in Odawara we got back on the Shinkansen and headed for Tokyo – specifically the JR Blossom Hotel near Shinjuku station. 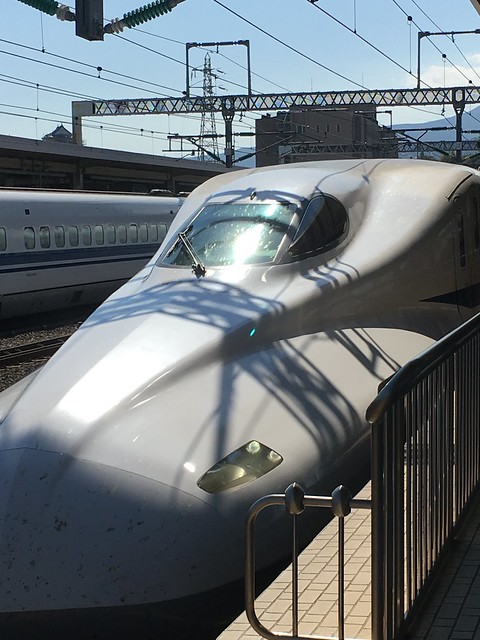 Arriving at Shinjuku station I sent us in completely the wrong direction which is a bad move to make given how huge the station is. Don’t confuse west for east like I did.

JR Blossom is a Japanese chain hotel owned by Japanese Rail. We had picked it as we wanted to try out a chain that wasn’t American or French in it’s history. It’s great because it’s close to the train station, modern and super clean. But what is better is just the incredible thought behind the design of the room – plus the added extra toiletries like razors. 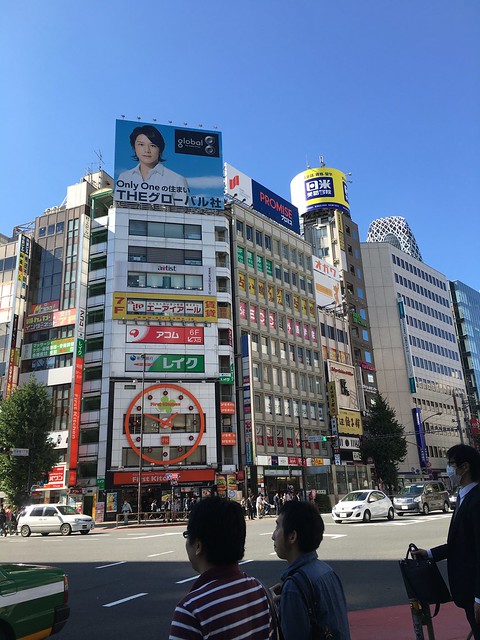 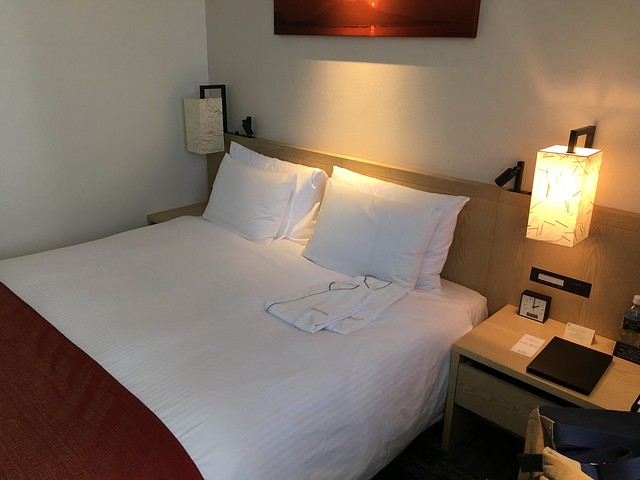 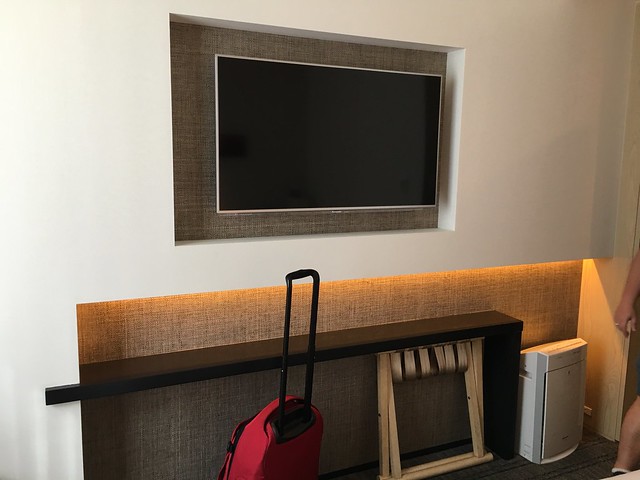 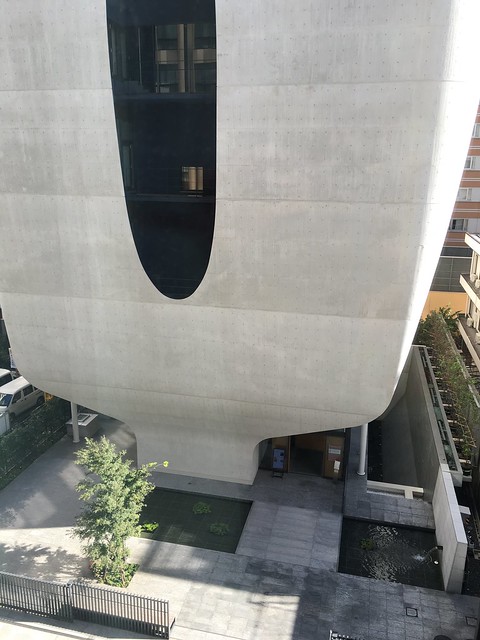 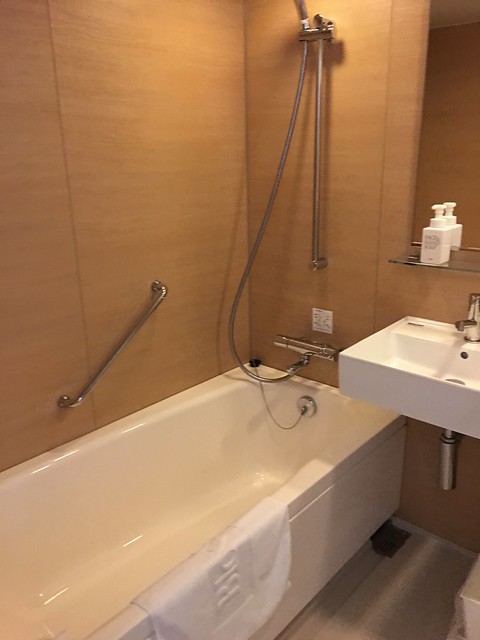 After checking in and dumping our bags, we headed for the place I’d been most looking forward to in all of Tokyo – ultimate sneaker heaven Harajuku. Only a few stops from Shinjuku and we are in the place famous for cosplay and a song by Gwen Stefani. 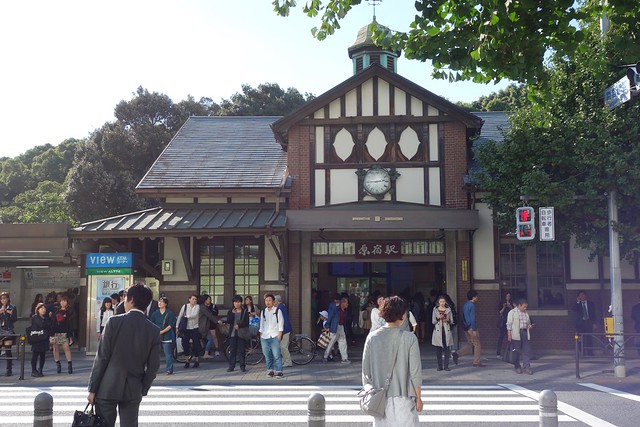 We had a fantastic time wandering all the little laneways, exploring the boutique sneakers stores and lame Barbie shops. 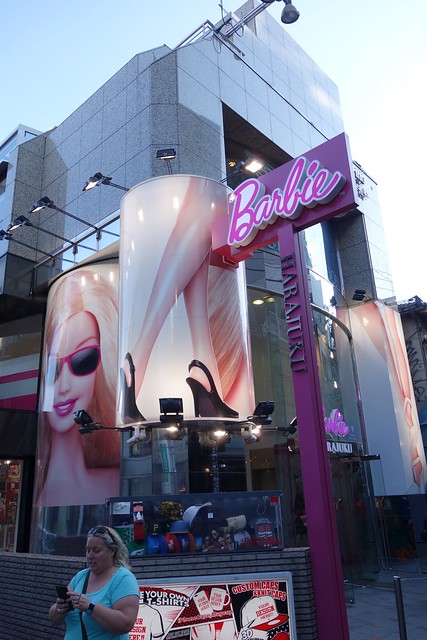 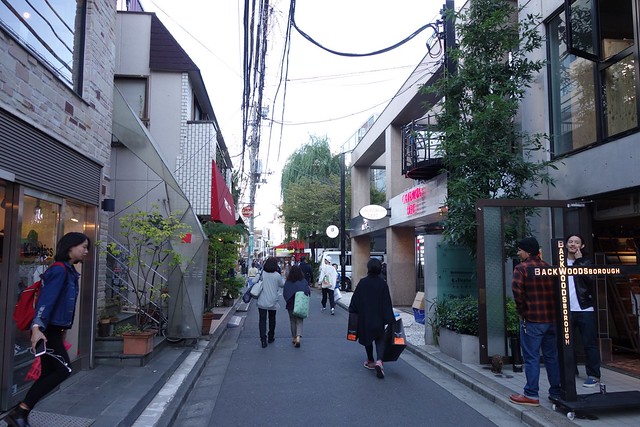 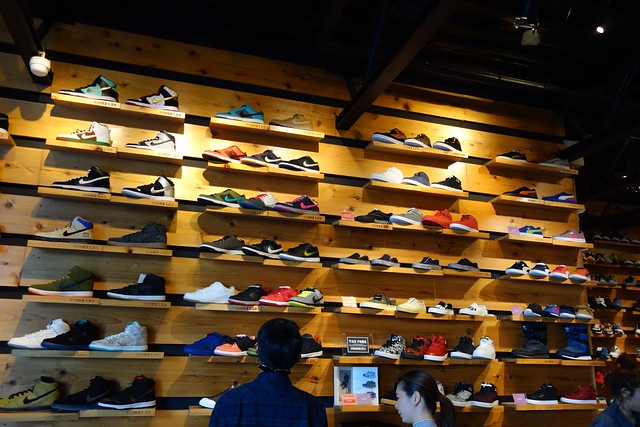 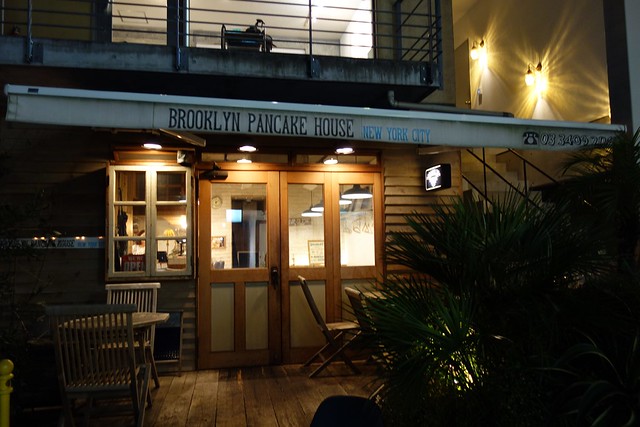 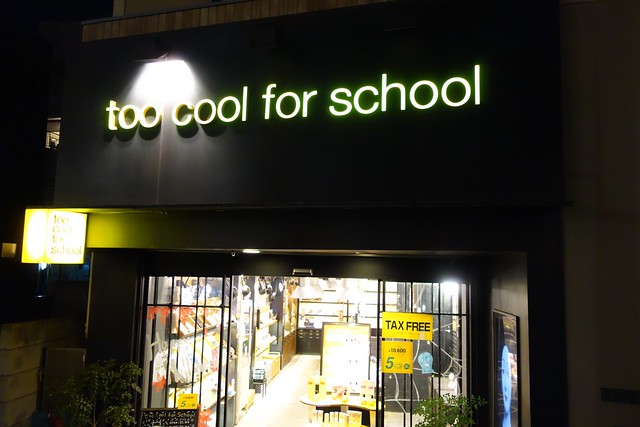 We walked our way down to Shibuya, stopping at Tower Records where I bought a Tower Records baseball shirt and saw a bunch of people get excited about some artist turning up. 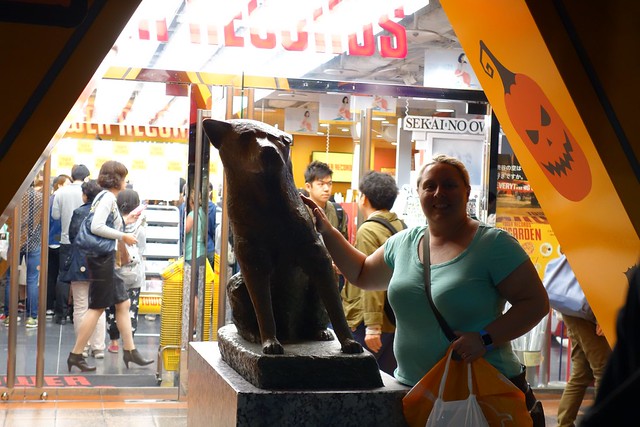 The streets of Shibuya are as exciting and busy late at night as everyone says. 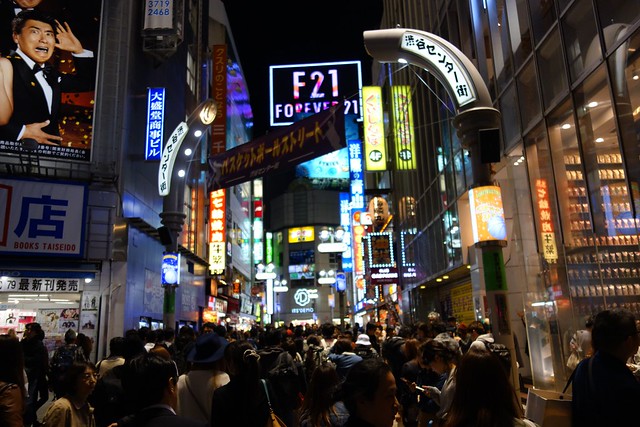 We made it a point to cross the busiest crossing in the world. We can confirm it is very busy. 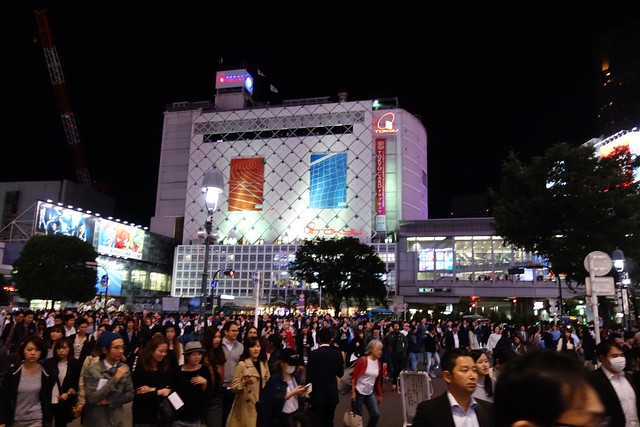 The recommendation for the best photo to take of the crossing is in the Starbucks, which we entered until we realised we would have to buy something. In retrospect we were better off doing that, because in the end I wanted to get a view of the crossing. We ended up in the L’Occitane cafe with the idea of getting something to eat, however what we got were some expensive sweets and not a very good view. 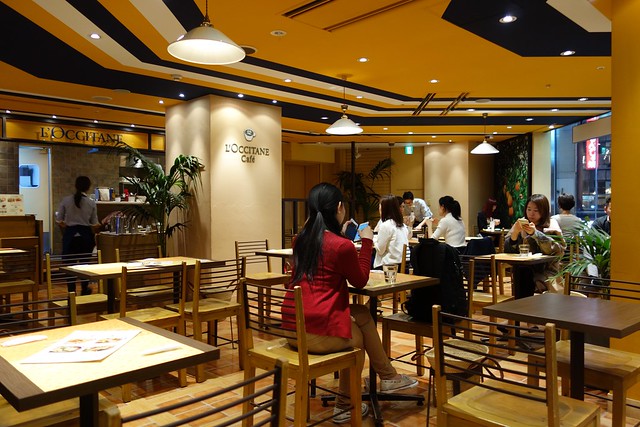