Started the day around the corner from our hotel with some Segafredo coffee and croissants, which was ok, but the thing that sucks about Japanese cafes is also what makes them authentic – it’s still ok to smoke in them. Given that eating and smelling smoke is a totally unheard of concept now in Australia, we found it difficult, so the coffee was skulled quickly and we were out of there. I did get lovely hearts though. 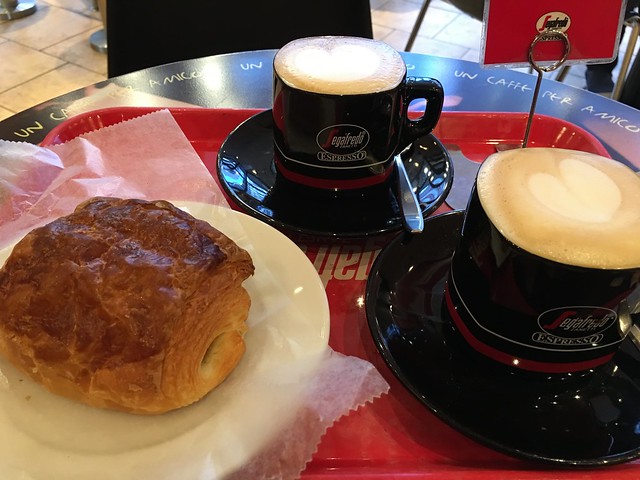 Claire had a friend who had made a request for us to bring back a totoro plush toy if we could find it. They had a little boy who had gotten one as a baby and it was his best friend, but it was looking a bit worse for wear. I had never heard of Totoro but immediately fell in love.

We decided to head over by train to Asakusa Park to visit a temple and a shrine, with the added benefit that a Studio Ghibli store was near the entrance. Unfortunately the store was closed when we got there and didn’t open despite repeated return visits over the next few hours.

Asakusa Park was of interest due to the Senso-Ji temple, but to get there you need to walk through Nakamise, which is a cute little shopping street full of trinket stores that were all done up for autumn. 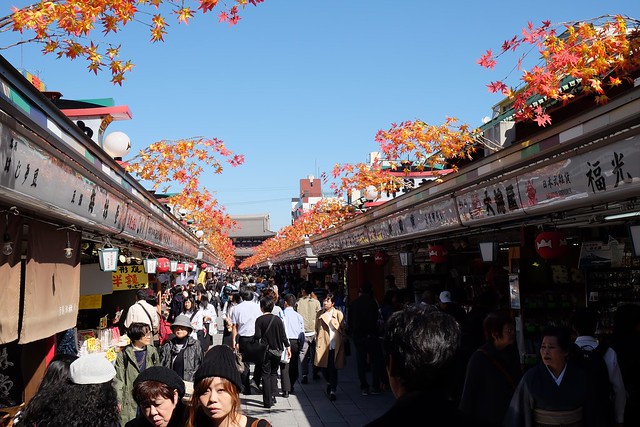 Once you get through the shops, you hit the imposing Hōzōmon Gate that has two statues, three lanterns and two large sandals that apparently weigh 400kg each! 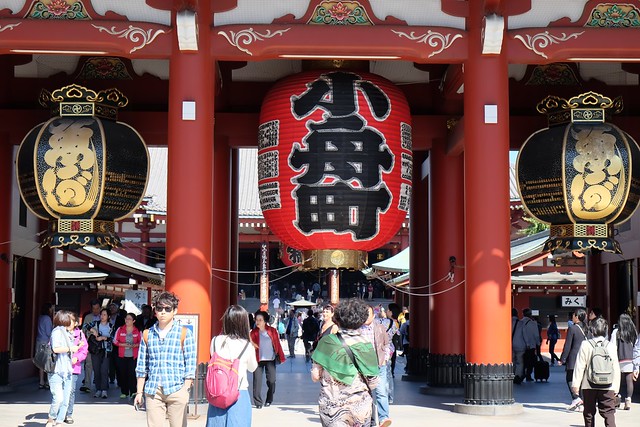 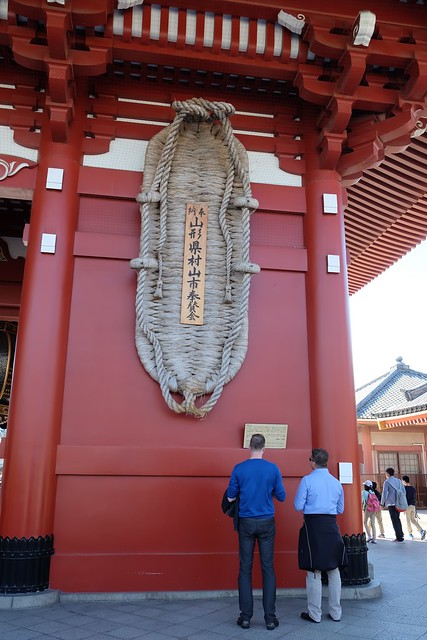 After walking through the gate we made sure Claire was healed by standing near the incense burner, then headed up to the temple. I am not sure she was the biggest fan of the experience. 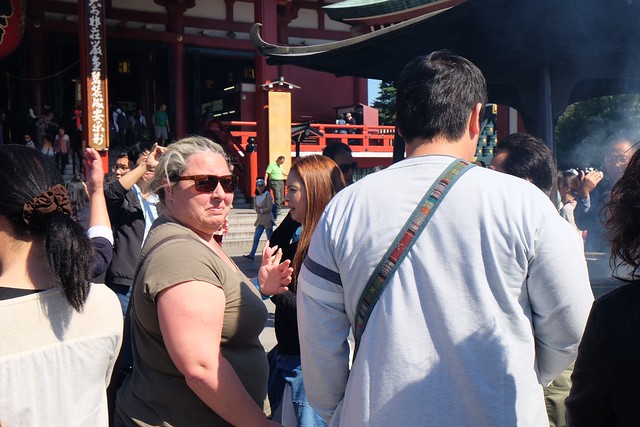 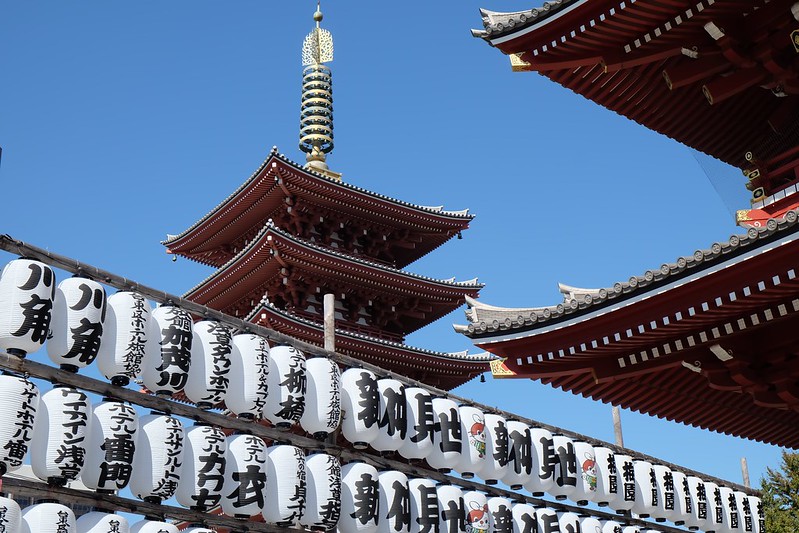 At the shrine, Claire and I bought some O-mikuji which are random fortunes written on strips of paper that we got by shaking a container until a stick falls out. The stick is numbered, and you are given your fortune. I was lucky enough to get “No 1 BEST FORTUNE”, which was nothing to be sniffed at. Because it was good luck, I got to take it with me. 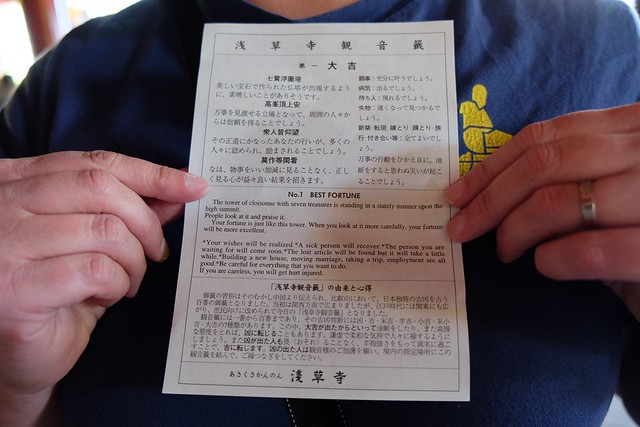 Claire however didn’t get a great one, so she had to tie hers up and leave it behind – the bad luck will stay there instead of coming with you, which is very handy. 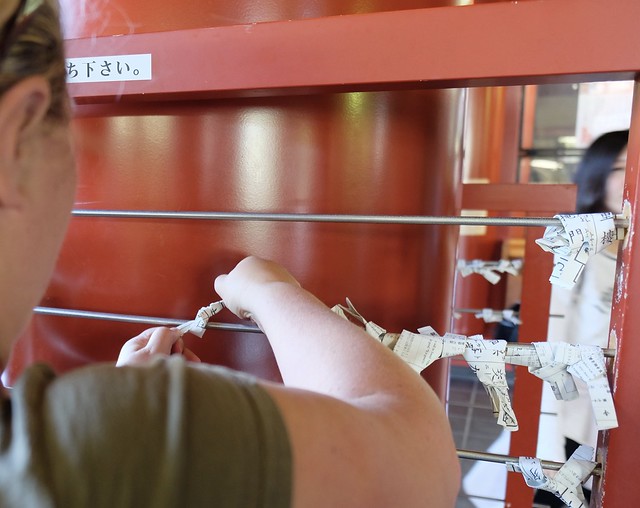 old people lining up outside a restaurant with some funk decorations 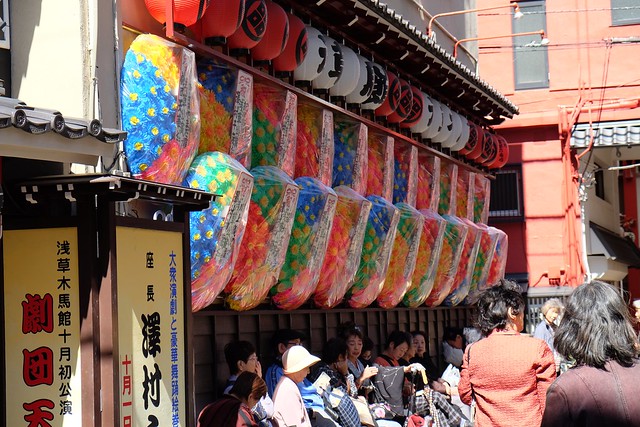 Some great artwork on some store fronts 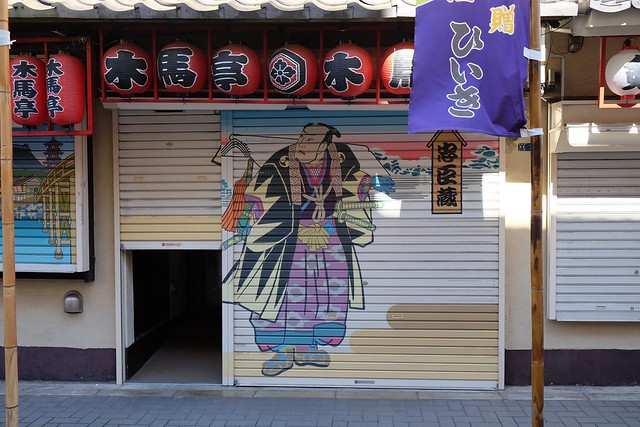 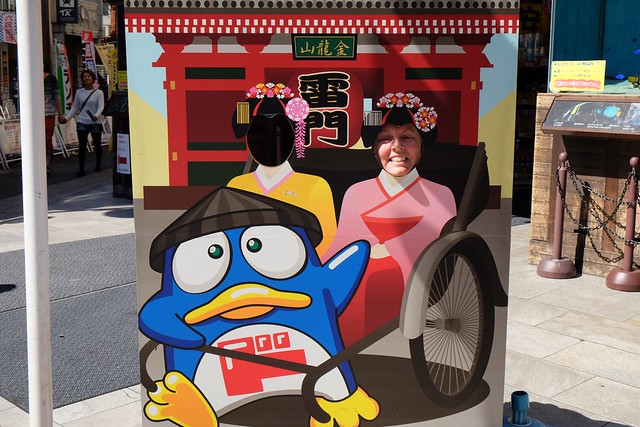 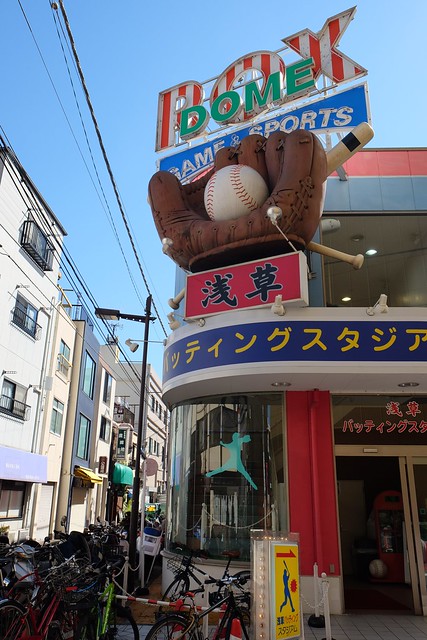 We made our way over to Kappabashi Street which is a street that sells everything you could need for a Japanese restaurant. You know you are in the right place, because there is a giant chef on the building. 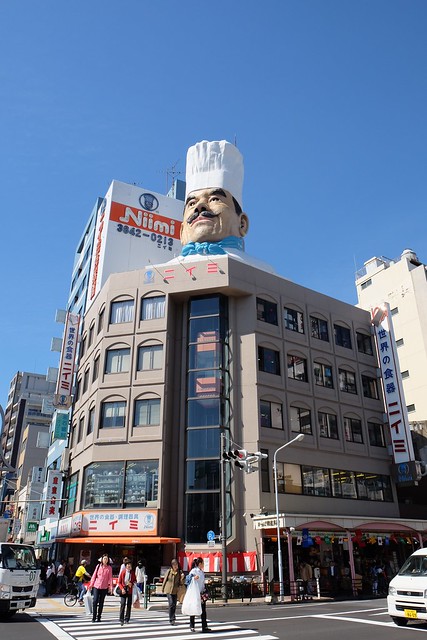 We had a great time looking at the Japanese knife stores 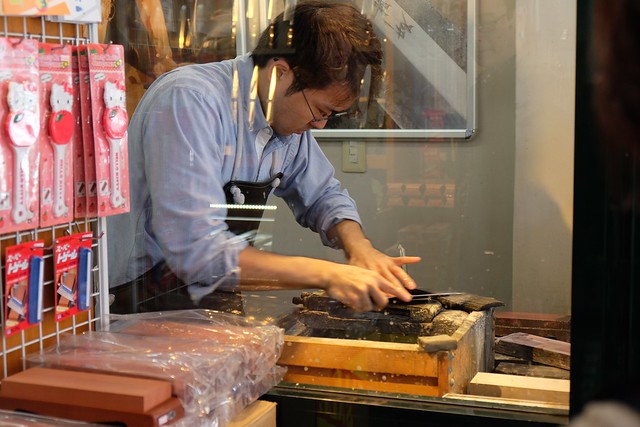 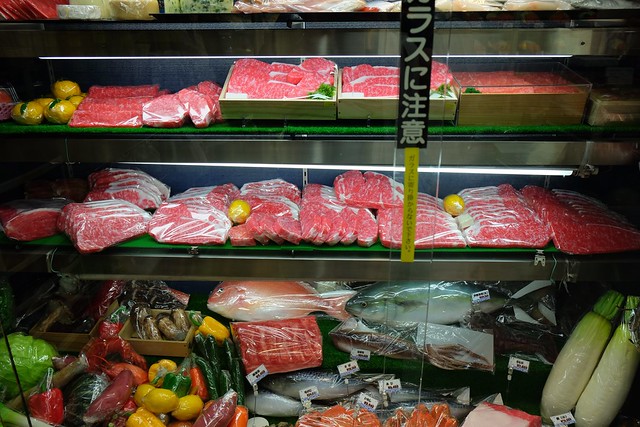 And the fake sush and crepe displays. 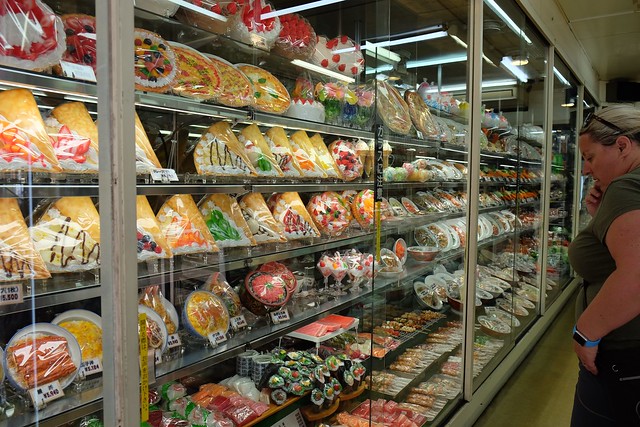 The street was a great place to find gifts for people.

By now we were getting hungry, so we found a random place to eat and buy green drinks with cherries, 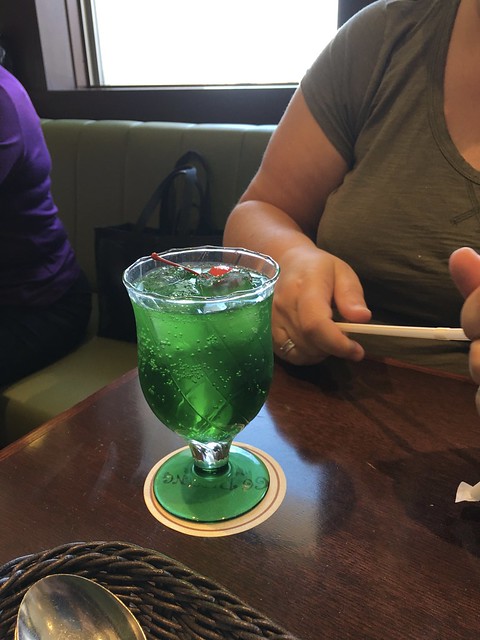 Before we headed over to the shopping centre under the Tokyo Skytree to get the elusive Totoro. 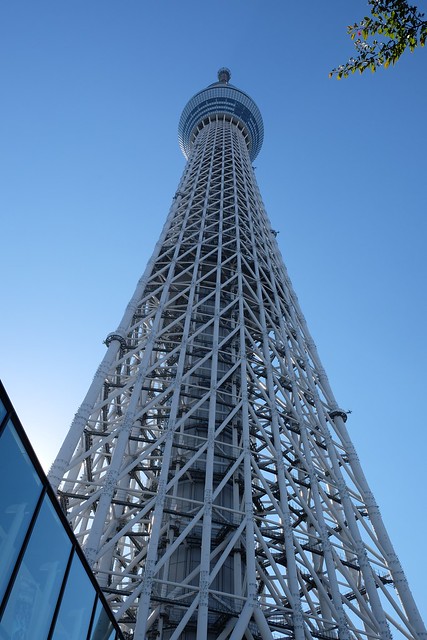 We had toyed with the idea of going up the Skytree, but the queue was long, so instead we headed back to the Tokyo Water Bus stop to take a boat ride to Hamarikyu Gardens. It was dicy train trip as we were convinced we would miss the boat, but we made it with time to spare. 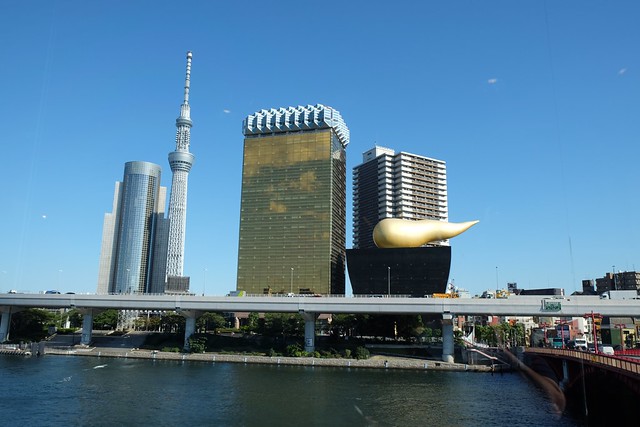 True to form, Claire fell asleep on the ride, but honestly, it was quite a boring ride – there aren’t too many exciting things to look at on the way. 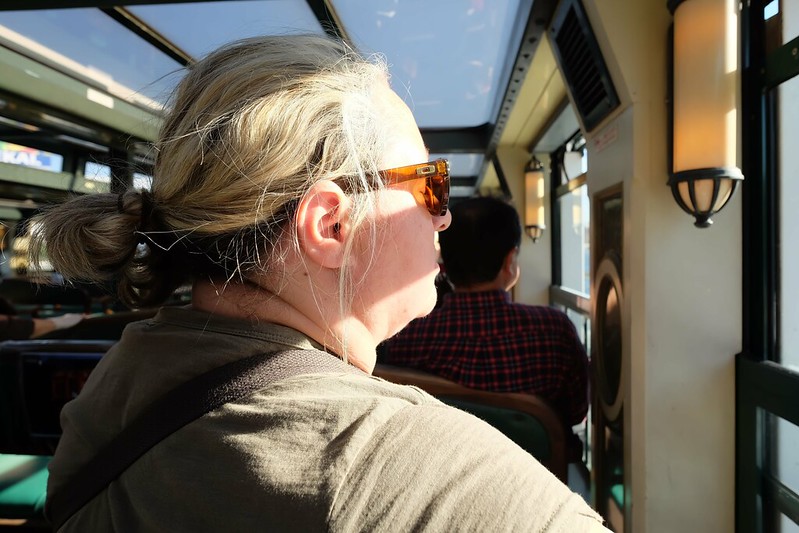 However, it does dump you out at the beautiful Harikyu Gardens, which is a big restful park in the middle of the city. 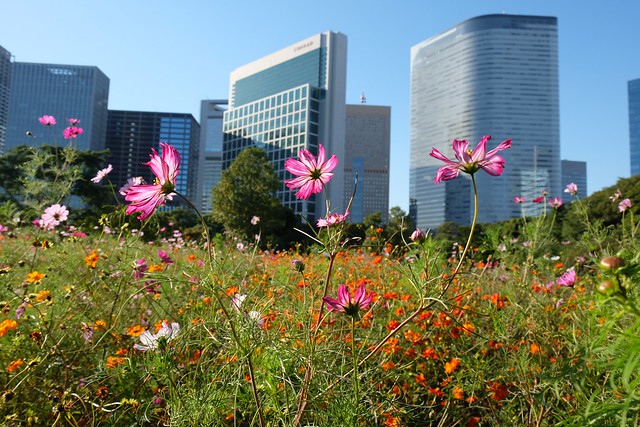 The garden was originally a feudal lord’s residence and even has a 300 year old pine that needs a bit of support. 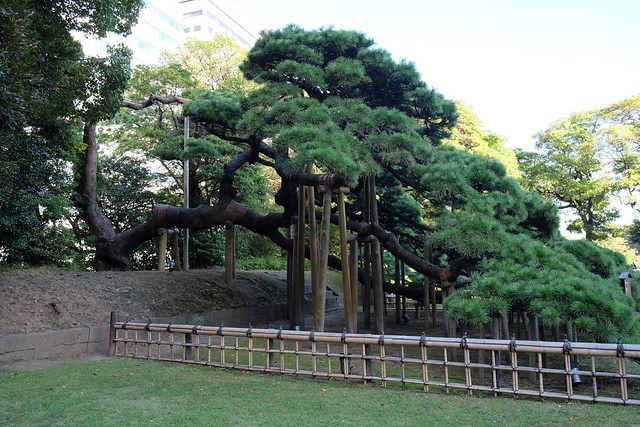 There is also remains of an old moat and a fantastic cute little bridge. 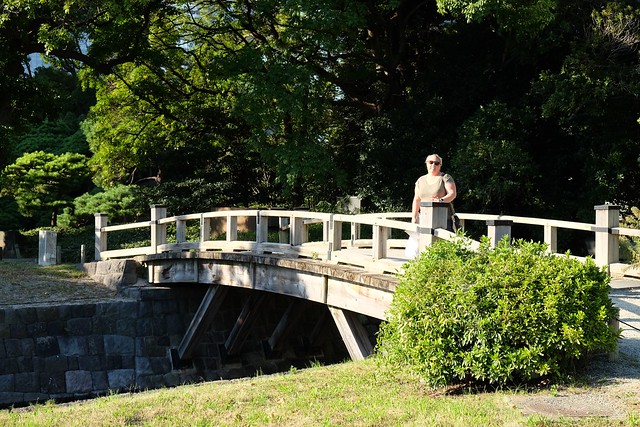 Wearily we headed back to the train and our room for a quick rest as we had an evening appointment with Robots.

Shinkjuku is the world’s busiest railway station and right behind it is Kabukicho, Japan’s largest and wildest red light district. Smack bang in the middle of all that is the Robot Restaurant – an experience you can only have in Japan. 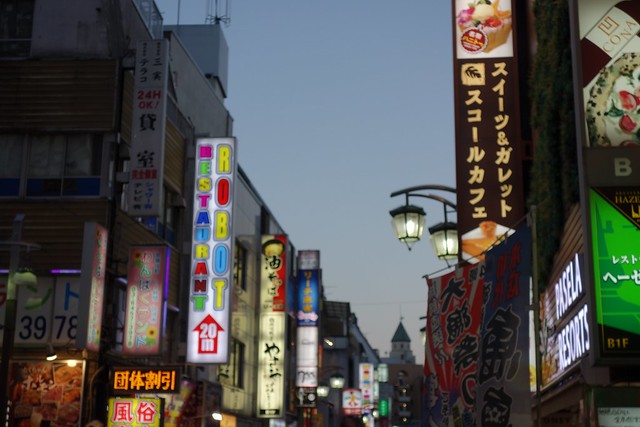 This show is everything it says on the tin – it’s a restaurant and it has robots. The advice was to not worry about the food, so we skipped that but arrived early enough to get some chairs and listen to the excellent cover band. Even the entrance is eye opening! 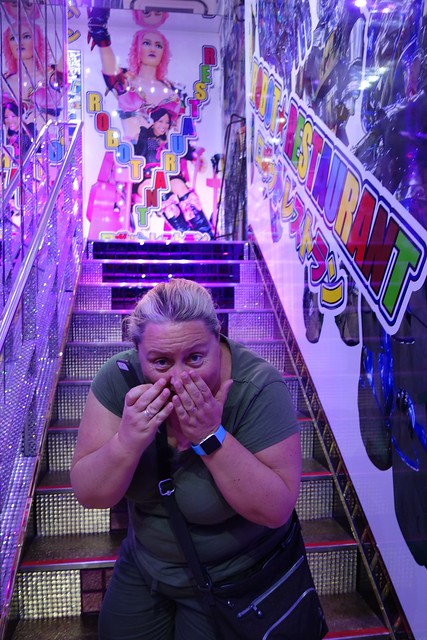 The restaurant will give you epilepsy 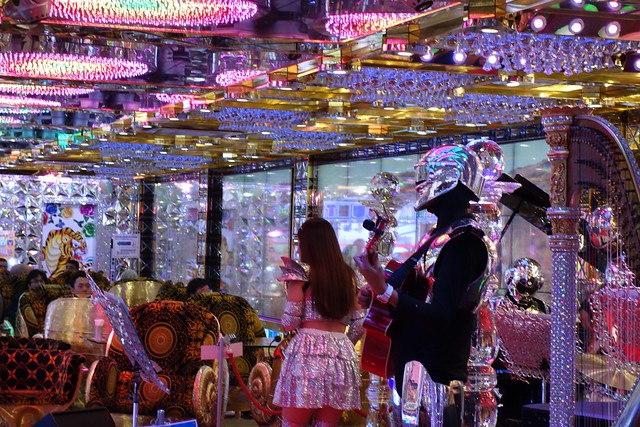 and the actual show will give you a stroke. 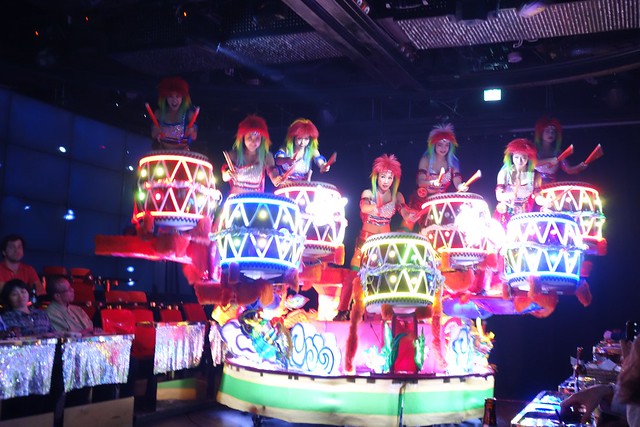 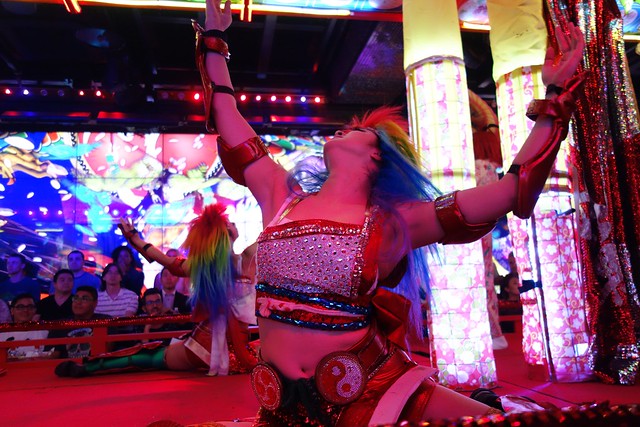 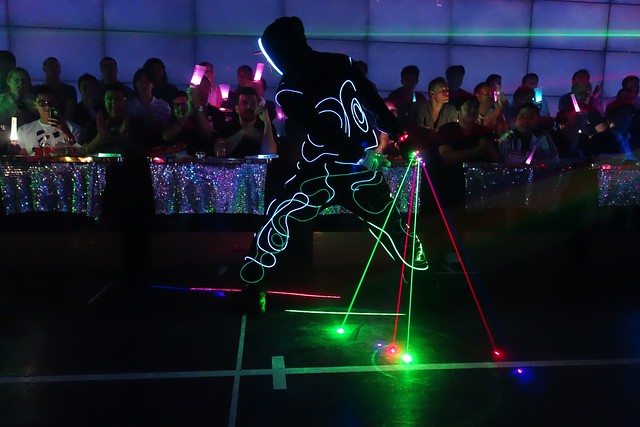 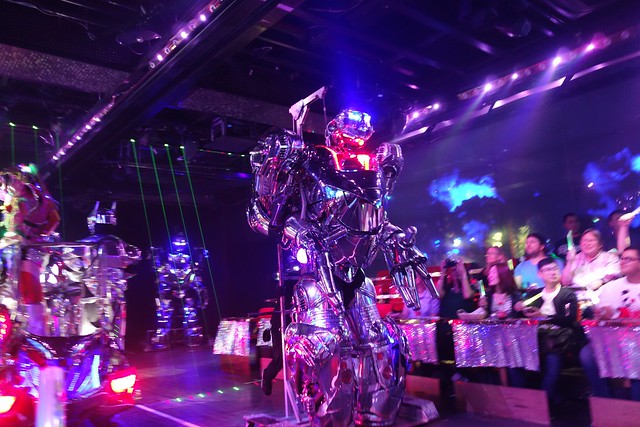 It was the best thing ever!