Pauline and I decided to dine at a newly opened restaurant in Yeronga that has a bit of a buzz around it – primarily because the owners used to own Harveys in James Street. I’ve never been there but I have had pizza from the store that opened just beside the White Rabbit – pretty handy for the owners of White Rabbit because both the stores are theirs. I have to say the pizza from 1889 Pizzeria was the best pizza I’ve had in Brisbane since the work of art I got from Park Road, so it just spurred me on to try White Rabbit.

We walked in at 6pm to an empty dining room – empty because we were the first booking. This meant that we got all the attention we required and were quaffing our wine in no time. The food has french leanings but not in the obvious beret wearing moustache way. I ordered a white bean cassoulete with pork belly, tolouse sausage and duck as an entree, then for mains I went the Roast Duck with figs while Pauline went the Wagyu Sirloin with frites (fries to you and me). Pauline also ordered a side of vegetables. 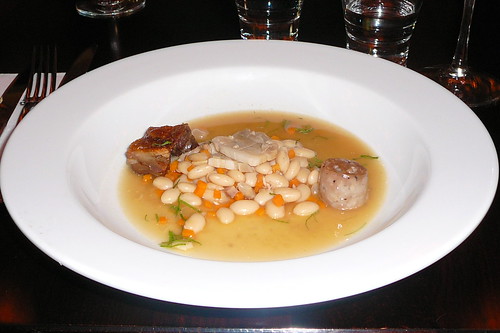 The design of the restaurant is the in-trend bench seat along the wall with normal four legged chairs opposite. I wasn’t facing the kitchen so I didn’t get a view of what was going on in the kitchen, but what I can tell you is the beans entree blew my palate. I’m sure all it was was a bit of chicken stock with some spicy kick to it with some beans, but they were so fresh! It kind of hammered home the fact that I’ve probably only ever eaten the slimy white beans from the can and I know what I’ll be searching for next time. 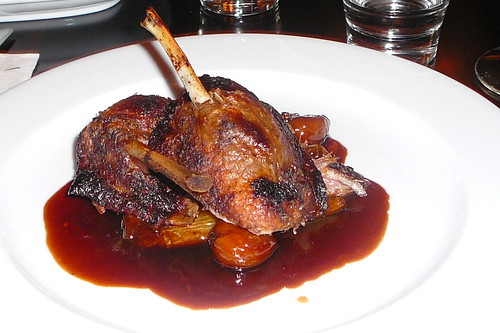 My duck had burnt charring on the outside and I’m not sure whether it was meant to be that way but I liked the flavour. The sauce was incredible and worked well with the figs. Pauline’s sirloin was a bit tough but her frites were excellent. The steak was cooked perfectly so I guess we can only blame the cow. 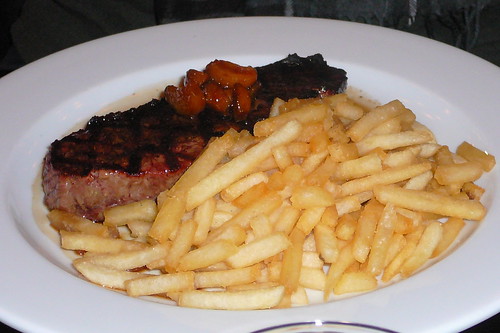 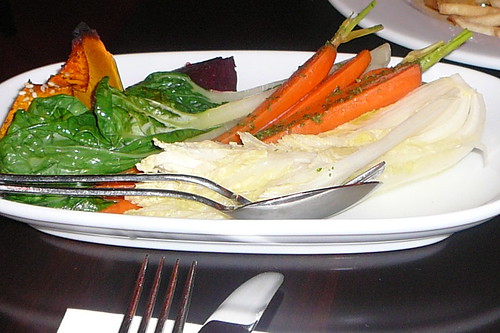 It took a fair bit of time to pay the bill since by the time we’d finished there were about 20 more people in the room which wasn’t bad considering it was a thursday night. Overall it was a pleasant meal, but it wasn’t Urbane which means that I’ve been really spoiled by that damn restaurant.