Very rainy, windy and cold in Stockton when we woke up. Had the free continental breakfast at the comfort inn, had our first proper healthy breakfast – well if you could call cornflakes with frosted cinnamon on them healthy. Hit the road right away as we were right next to the I-5 and Pauline battled with low visability, trucks and a wet road. Americans seem to be really good at freeway driving, it was rare that we felt unsafe. We even saw a black stretch hummer!!!! A HUMMER!!! We did come across our first traffic jam though on the way San Juan Bautista. It was a detour so we could check out the mission. Unfortunately for some reason it was closed, even though it said “open every day” and was having a mass at 4.00pm for Christmas eve. Took some nice pictures of the outside, and the main street was picturesque. Bumped in to some chooks who were leaving the bank. Seems they weren’t happy with the service. 🙂 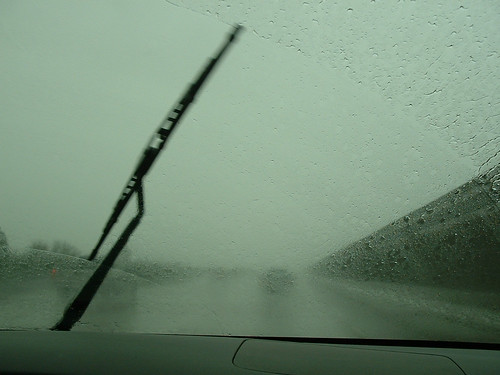 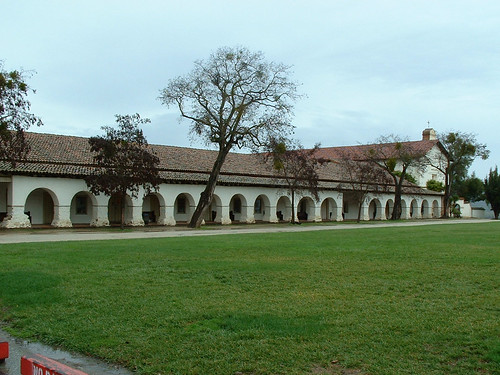 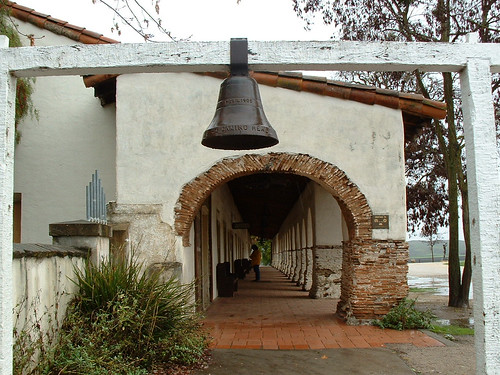 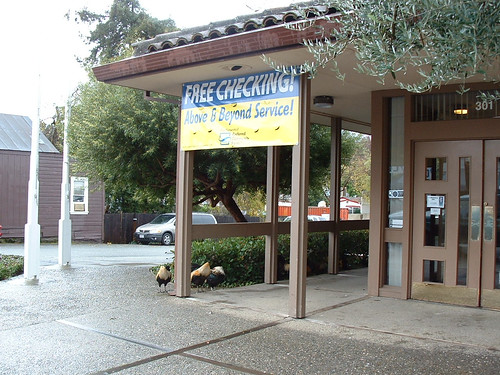 We then headed for Monterey. I would have liked to stop at Salinas to view the John Steinbeck museum but time had gotten away from us and we wanted to spend quality time at the Monterey Aquarium. Our first view of the Pacific Ocean after coming from inland took us by surprise, but it was marred by the grey skies overhead but it wasn’t raining. We found the Aquarium easily and indulged in an excellent afternoon. It is an awesome museum and I can see why it is world renowned. My favourites were the Jellyfish, penguins, sea otters and tuna. They have massive tanks about 2 floors high. It kept us occupied for about 3 hours. I then tried to ring Mum to wish her Merry Christmas, but all I got was a hello before my $1 was used up. This was AFTER I had dialed in the number and been told it would be $1 for 3 minutes. I had no more coins so we walked up and down Cannery Row looking at all the touristy shops. Heading back to the carpark I found a coin exchange so I cashed $5 and looked for a phone. Seeing none nearby we decided to find accommodation. 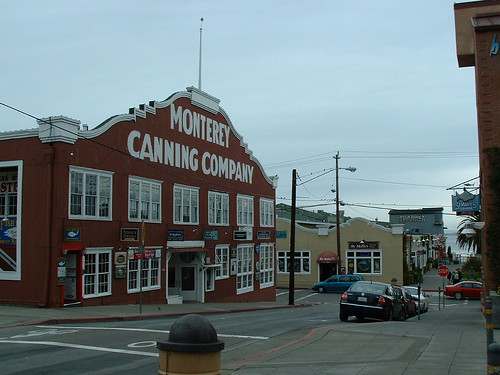 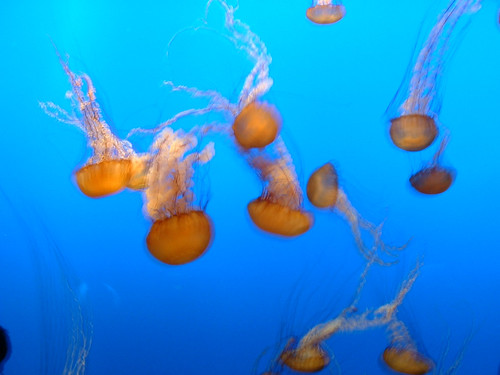 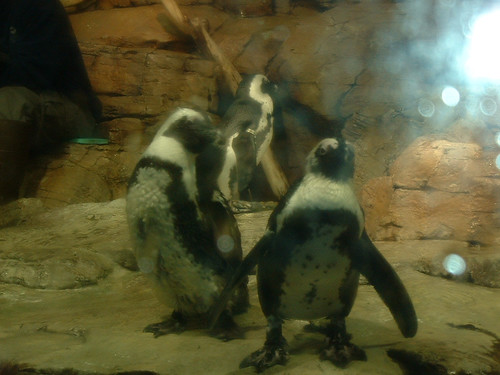 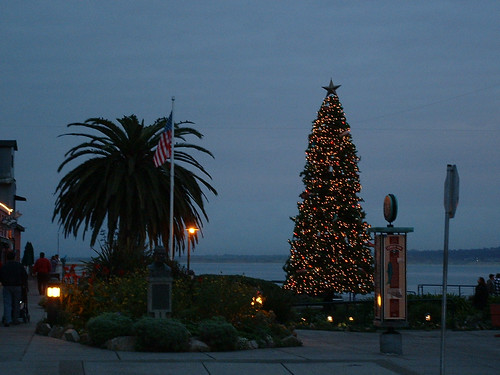 I had found a coupon for an inn in Pacific Grove that had a fireplace and jacuzzi for $69. When we found it we discovered we were too late for the $69 deal, but he offered to show us the rooms and decide if we wanted to take the more expensive room. We took it after the viewing. Danielle, the place is bigger than your apartment!!! It has 3 tvs, one in the bathroom, a kitchen, central heating as well as the jacuzzi and fire. As a matter of a fact I’m laying right beside it now keeping warm and watching “It’s a wonderful life” for the first time (i’m copying Danielle). George Bush the dad is narrating it for the blind people, and I am enjoying that cause it means I don’t have to actually watch it. He is actually doing a wonderful job, he should’ve done this instead of becoming president.This place even provided microwave popcorn and melon cucumber soap!!! 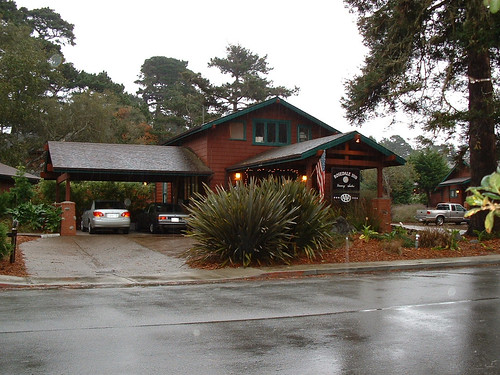 Mum, you’ll be pleased to know that Pauline and I went to the supermarket to make our dinner and it was there that I tried to ring you again for Christmas. I put $2.50 in this time and bloody got a bloody wrong number cause an american answered. She said hello and I said “oh i think I have the wrong number” and the rude bitch just hung up on me!!! So that soured the experience and I’ve resigned myself to the fact that I am a phone luddite and am out of touch with old technology. So instead I’ll write “Merry Christmas” here and hope that your midday feast was wonderful. Tommorrow we hope to have a christmas buffet in Camel-by-the-sea at the Forge in the forest. I hope to try yams there. We’ll then hopefully end up in San Simeon in preparation for the Hearst Castle opening on Boxing Day. If we can drag ourselves away from this luxury here one block away from the beach.