Woke up to a lovely dreary rainy day in Sacramento. Had a biscuit burger (kind of like a scone or damper) at burger king, took a drive to CompUSA to check out their ipods and indulge in the ultimate geek superstore. Found the roll up keyboard, took some ipod post cards and generally geeked out. We then headed for the freeway and Auburn.

We only looked as far as the old town of Auburn which had a historical joss house and a tonne of ornament/gift stores. Reminded me of Gympie a bit with the old miner. Trudged up and down it in the rain, took some lovely pictures and as we were leaving we came across some sort of funeral procession for a fireman. There were about 25 emergency service vehicles in the procession and the highway patrol stopped the traffic for it. 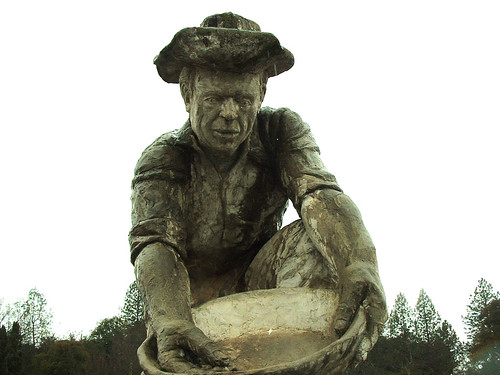 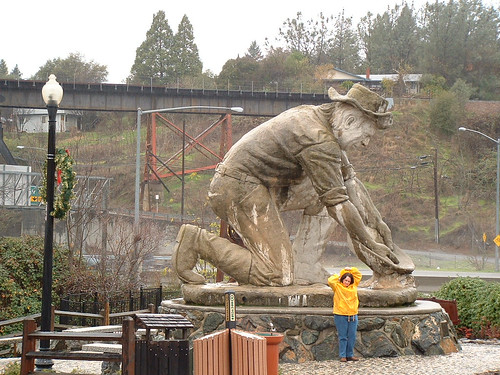 We then headed for “Old Hangtown” otherwise known as Placerville. This had what I thought was the quientissential american “Main St” and even had the oldest continuing hardware store this side of the Mississippi. 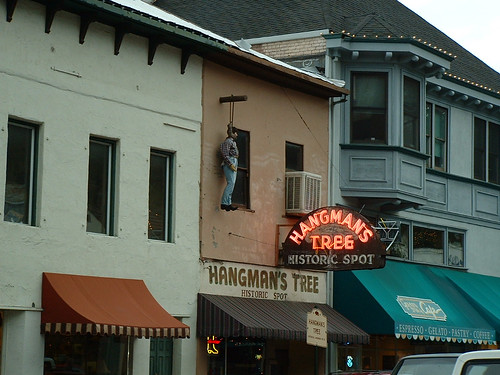 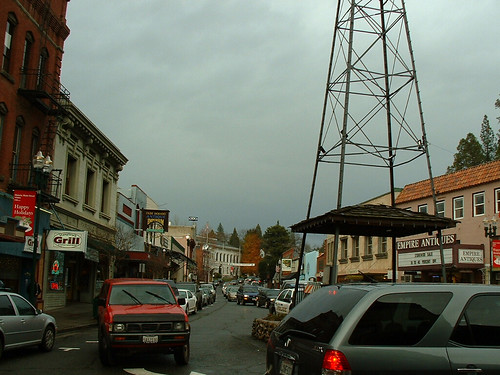 We had lunch at Mel’s which is a franchise of 50s diners that the movie American Graffitti featured. Apparently the owner of the chain visitied the store with his family only 20 mins before we turned up. As this was the first time we had eaten in an actual “restaurant” we watched the other people to figure out how they paid. We figured out that they left the tip on the table and then paid at the counter after getting their bill. The girl took our plates away and we patiently waited for our bill… and waited, and waited, and waited. We finally asked the girl who said she thought she had given it to us already. So it was kind of an odd introduction. 🙂 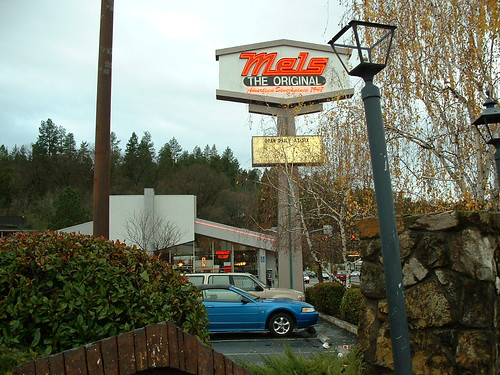 We then headed to Stockton for the night because we were concerned about the timeline if we stayed in Lake Tahoe for christmas. It was snowing on the Donner pass and we weren’t confident about the snow chains, so instead we are heading slowly towards the coast. Not knowing much about the place we were surprised to learn that it seems like the franchise city of the world. Every store is a franchise and it seems to be a shopping mecca. I’m currently writing this in our room at the comfort inn. Bargain for $50 including free internet, two double beds and cable. It’s right next door to Marie Callenders where we had dinner, Pauline splitting a Turkey Dinner with me, and I gave her half my Double Lemon cheescake. The servings in America are SOOOO BIIGGG!!! Noone was kidding when they said that. Right now I’m drunk on the mega Long Island ice tea I ordered and am waiting for our washing in the laundry next door to finish. 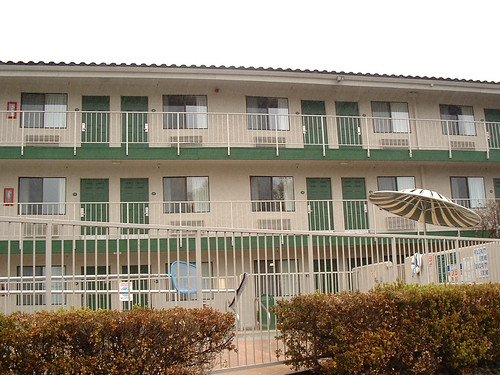 Wish you all a wonderful christmas eve, and if I don’t write again for a while, have a Merry Christmas!!!!