Although Quebec City was lovely and I could have spent another day there, we had to start heading south to Montreal. Because we had to check out early and head back to the airport to get a hire car from there, we decided to indulge in room service for breakfast and were not disappointed. It was actually quite reasonable for a continental breakfast with juice, muesli, 3 types of pastries, coffee and yoghurt that we shared between the two of us. Incredible service at that hotel – even down to how they scooped out the butter. We were sad to leave. 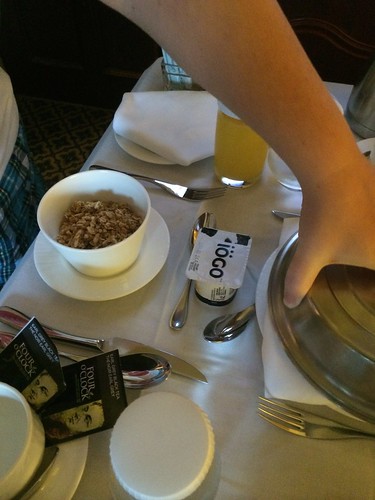 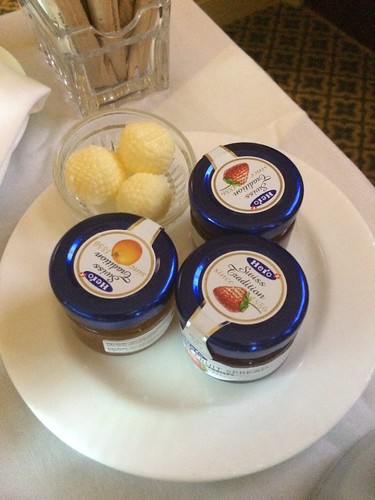 Our taxi drove us out of town, where Claire saw a man in his undies standing at a Hilton hotel window, which I think amused the taxi driver a little. Once again at my favourite North American airport, we received our car from an entertaining lady who was in fine spirits. Those Canadians are so nice. Our car for the next couple of weeks turned out to be a black Kia sedan which was a real joy to drive. It was easy to exit the airport, then the next thing we knew we were on the freeway starting our 2.5 hour drive to Montreal. I would have liked to have driven the 138 along the river, but that would have added 2 hours to our trip so we ruled it out. Even though it was raining, the traffic wasn’t too bad and the drive was quite enjoyable and adjusting to driving on the wrong side of the road was mostly ok – apart from Claire freaking out a little that I was too close to the shoulder (in her mind only). 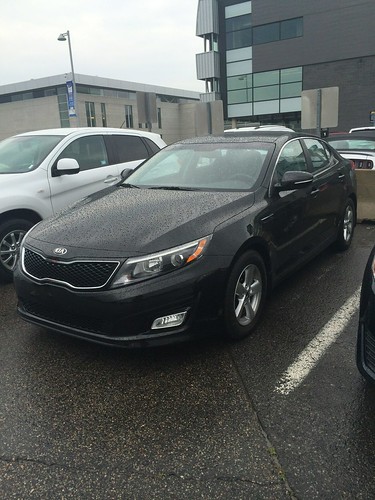 We made a stop at Trois-Rivières which apparently is a common place to break given it is halfway on the journey. Obviously we decided to try Tim Hortons given that is a Canadian institution and seems to be on every corner of every street. I went for the vanilla latte while Claire had the iced cappuccino which she had previously raved about from the last time she was in Canada. Neither of us was that impressed which was a bit sad – Australia has turned me in to a coffee snob and Claire’s memory was now tainted. 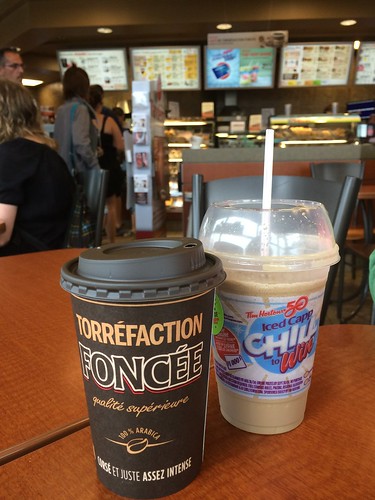 Our route in to Montreal turned out to be not particularly impressive – perhaps if we had been on the bridge route we might have been more in to it – as such all we got was old factories and lots of traffic. Eventually we turned in to a cobblestone street and managed to park across the road from the hotel in the hotel drop off area. Claire ran in to find out the parking situation, while some more fine Canadians assisted me in reversing the car properly.

Checking in at the hotel was a breeze and we were quickly in our ground floor room – a room we were lucky to get. Claire had always been eyeing Le Petite Hotel, but eventually decided on a cheaper hotel that ended up with some form of infestation and had emailed us a few weeks before to alert us that they wouldn’t be open. This freed up Claire to book the hotel she really wanted and it truly was lovely. The exposed brick walls were a nice contrast to the bright orange chair. Flat Screen tv, huge bed and a good shower are my main priorities and Le Petit did them all great. 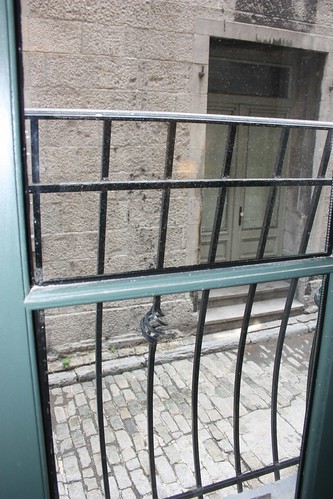 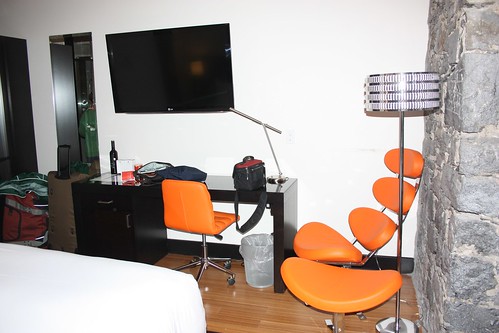 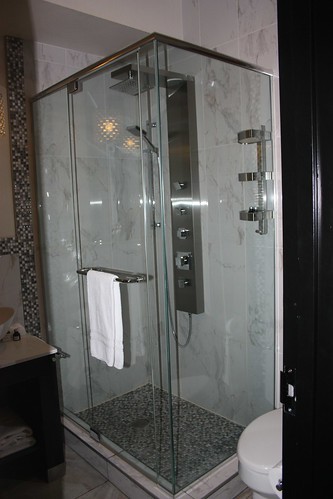 Monreal awaited so we headed off to Notre Dame Basilica of Montreal which was a street away. We lingered in the place d’armes to take pictures and then walked over to St Laurent Boulevarde to take the bus up to Schwartz’s. It was only when we got to the bus and we about to get on that we realised that it needed exact change and we didn’t have enough. The bus driver was kind enough to let us on, so we paid what we could in change, then we rode up to smoked meat heaven. 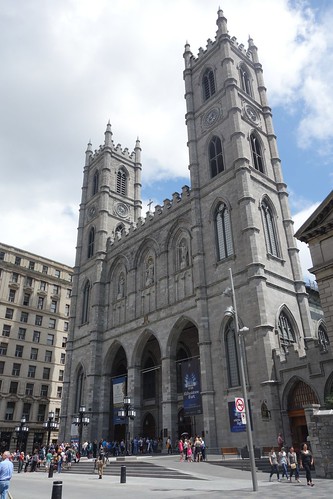 When we arrived we could clearly see that everyone else wanted some lunch as well given that the line went down the street. We settled in for a long wait – expecting it to be an hour or more, but since there was only two of us, we were allowed the opportunity to fill some seats ahead of other large groups. I had a penchant for pastrami sandwiches since I was young and love trying them in any Jewish Deli I can find. Montreal and New York have two competitions – smoked meat and bagels and we were eager to test them both. The Pastrami sandwich was delicious and we shared it, so we were out in quicker time than we had waited – but it was totally worth it. 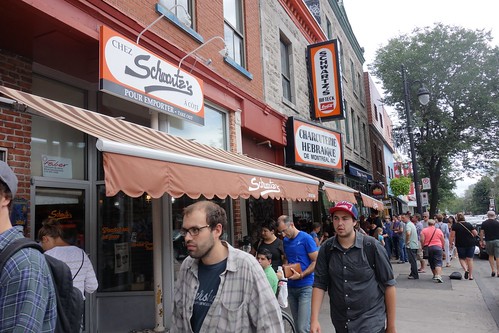 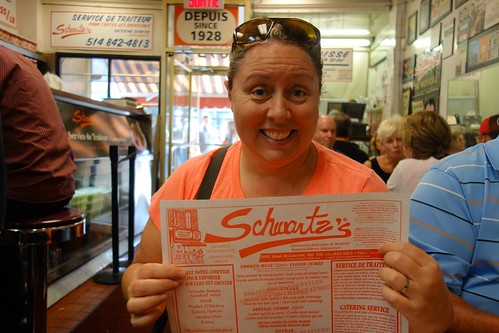 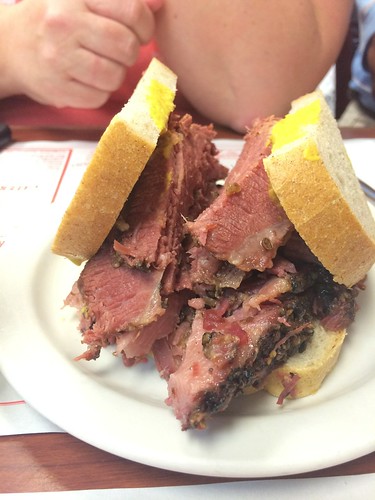 We decided to walk back to the hotel to sightsee and found an awesome candy store that sold interesting candys which I bought a few to sample (regretting it later when it hurt my skin). I also made Claire go in to Juliette and Chocolate so we could purchase a chocolate brownie dowsed in salted caramel sauce to take away. On the way to Schwartz’s on the bus we passed a few areas that looked about dodgy and neither of us really wanted to walk through them (they probably only looked dodgy). I was kind of umping and aahing about which way to go which gave Claire the shits, so I just decided to go with my gut and stalked off to a side street heading for the main street next to the one we were on. Luckily my gut was working and the walk took us through a beautiful park with squirrels and then the latin quarter which was a bit quiet at that afternoon but was sure to get rowdier at night time. We stopped in a sports store to look at their sale and kept heading towards the river. 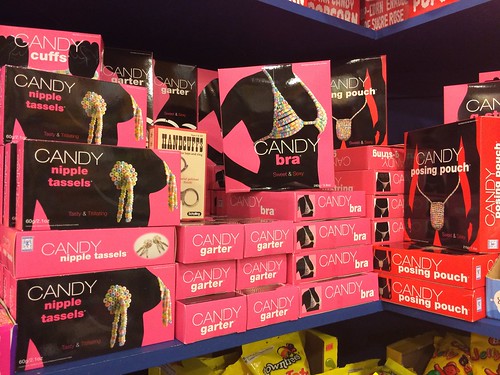 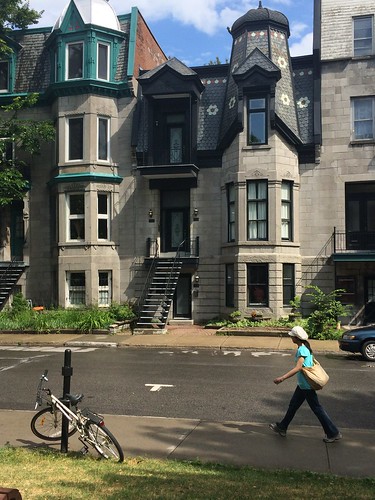 Eventually we ended up at Notre Dame de Bon Secours Chapel in the old town which was perfect given our hotel was on that street and the walk would take us through the tourist area. We checked out the touristy shops, tried some maple crunch ice cream and posed for photos in Canadian hats, eventually ending up at our hotel. 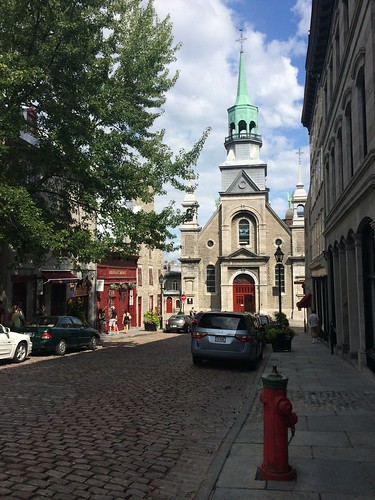 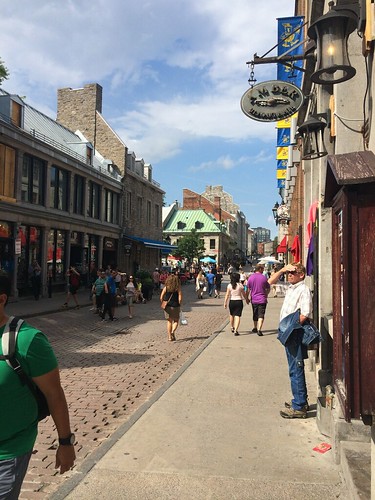 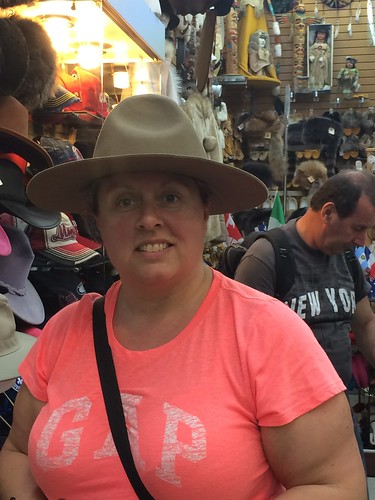 For dinner we headed out back down the tourist street as I could barely walk at this point I was so knackered. We had seen a nice looking restaurant earlier in the day, but made a fatal mistake when we ordered. For the first time we decided not to share which meant a lot of left over food. Claire wasn’t ready to give up poutine yet and I wanted more vegetarian food, so I went for a vego burger. A couple of drinks and a bucket load of food meant that we were stuffed and had enough food to feed two more people. 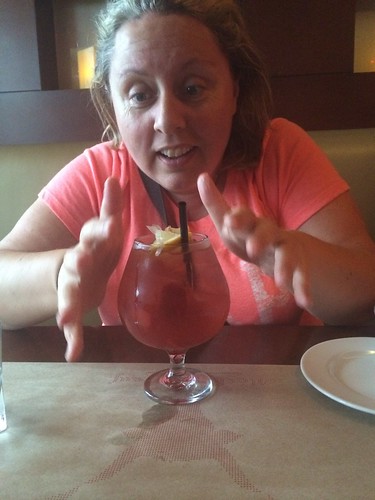 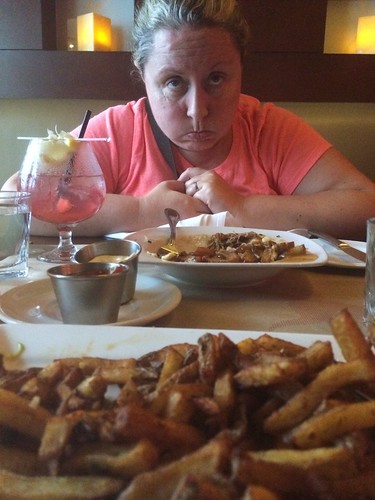 Then it back to the hotel for sleep.

For more photos, check out the Montreal photo set on Flickr.