A day at the See Through Resort

Breakfast at the resort was an interesting affair. Lots of what was likely to be full moon partygoers were hanging around like they hadn’t gone to bed. There were a group of about 6 English guys swimming in their undies when they weren’t still boozing at 9 in the morning. One of the guys had 3rd degree burns on the front of his legs while the back of them were still white so I can only assume he passed out face up. Another guy in his Calvin boxers (which he loudly professed to be UK calvins and not bangkok copies) ended up taking them off so that everyone got a good view of his bum and a few people got to see the front. The guy was utterly wasted but obeyed when his friends told him to put them back on. Later he fell off his chair down the sandy hill which I found really funny. The Thai staff at the resort were really great about these guys, they dusted them off, gave them water and were generally amused by their antics. The guys didn’t hurt or harass anyone, just each other. 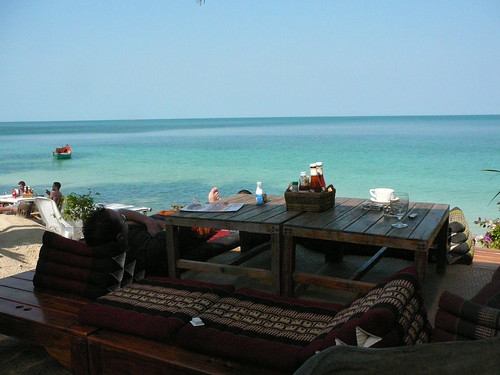 While I ate my complimentary breakfast I ended up chatting to an English guy who’d been up all night with his mate who was passed out on the couch. He was from Norwich and was unemployed but spending a month or so in Thailand. We joyously discussed the paradise we were in and how it compared to our respective home countries. He was again one of those english guys who can hold a conversation and aren’t a yob like the ones in the back of my taxi the night before. I bid him farewell when I went to collect my laundry. 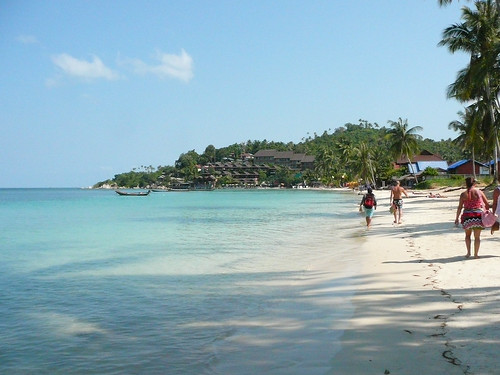 The rest of the day I didn’t do much, just floated in the sea, then floated in the pool. There isn’t much to see in the town that i’m in and to go any further is a dicey van or scooter ride. I made a good dent in my book, which I am starting to resent for it’s weight. Will be glad when I can travel with books on an ipad or something. 😉

Lunch was a great pad Thai, sunset i took some amazing photos and dinner was a banana fritter cause I wasn’t that hungry. I ended up watching a horrible film with Meg Ryan in it called “the women”. I actually don’t recall seeing a man in it once actually. 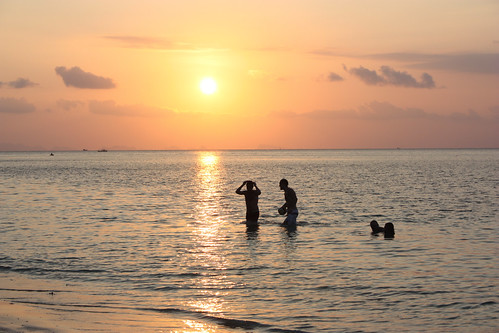 Afterwards I went for a nightime walk on the beach where the ocean was lit up as brightly as the beach due to all the fishing boats with their high beams on. I’d say there were at least 10 out there. Some people lit some firey balloons that launched off in to the sky over the sea, turning in to little golden stars when they were far enough away. You can even buy fireworks at the supermarket here. 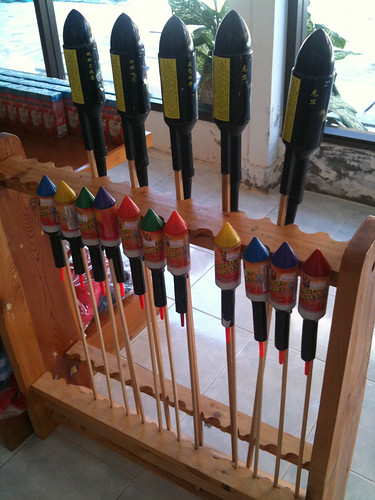 Thailand makes me think a lot about being a tourist and it’s impacts. You see all the different ways people travel, from not trying a single Thai thing to going all out Thai with no aircon or tv and eating from dodgy food stalls. I feel a small amount of guilt ordering a sandwich for lunch, but then I think if people didn’t bring their ways with them you’d never see a pizza shop outside of Italy and the world would not be exposed to it’s greatness. Thailand is certainly more laid back to tourists than say Laos and I guess that’s why they are such a popular destination. Their willingness to adapt is why they are such a progressed Asian nation and why should we deny them first world comforts just because we want to maintain “authenticity” that existed here in say the 70s. The Thai people will still modernize, but it will always be in the Thai way. No tourist is going to change that. 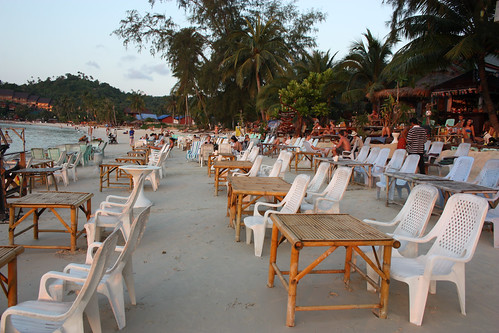 So to the Thai people I say thankyou for having aircon and pizza and pies with mash, so that I can have that choice if I want to take it, just like you have the choice to eat it if you want. I am no longer going to feel guilt if I want to eat western food sometimes when I am here.