While sleeping I do my best thinking and I woke up with the grim reality that it was unlikely I was going to make my plane to Bangkok on the 2nd Feb. I had planned to leave koh phangan on the 7am ferry which took 20 mins to get to koh samui. The airport I thought was 5 mins away was actually more like 30 so I was hoping for a miracle. I didn’t make my decision until 12pm to swallow my $70 for the final night at the see through resort and spend the night at koh samui. By 1pm I had booked a hotel near the airport and was madly packing my stuff to sadly check out. I did manage to get a final swim in the pool thankfully. Also tried some sausage pizza lays chips that were really yum. Now I see why Wendy is addicted to chips with the selection Thai people have. 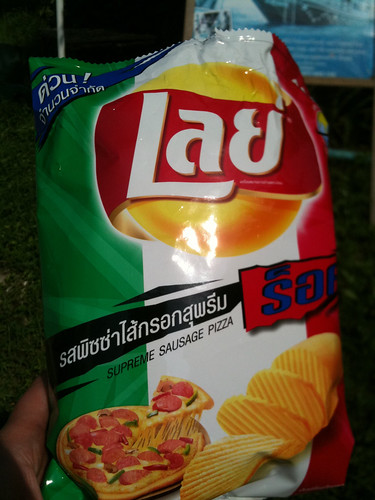 Had to wait for the Americans to get in the taxi at 3.30 and they were running late which made me start to become annoyed. Turned out they were Canadian (I apologised for getting it wrong) and they were cousins (guy an girl) who’d were on their way home after a month of travel. She sweared like me when I work on a certain niche web server soon to be decomissioned and they spent the whole trip lamenting the fact that they were leaving. I felt their pain as did the American teacher who was living in Bangkok for a few months who we picked up on the ride. 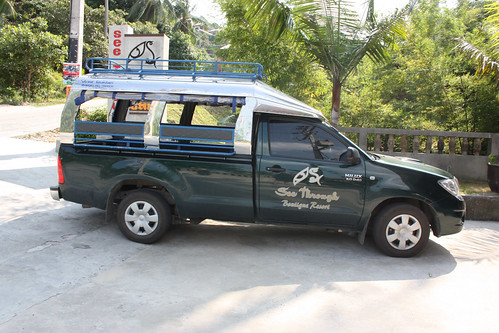 At the pier I was devastated to learn that my ferry was full and my internet booking for 7am the next day wasn’t any help. Couldn’t even get a refund – have to ask for a credit card one back. She pointed me towards the seatran ferry which left 30 mins later but it was sold out too. They told me they may be adding another trip though. Something compelled me to walk back to the first ferry company and I asked if they had another boat. She was offering me a jetboat for 300 baht just as a guy offered 2 tickets for the boat I originally wanted. Gleefully buying 1 off him for 250 baht I happily transferred my voucher for a ticket which included hotel transfer. Bloody damn lucky. What I have learnt in Thailand is always use your guesthouse for anything they offer for transport cause it always seems to work better than anything you organize yourself.

The luck continued with me getting a seat on the ferry too thanks to me asking if anyone had the window seat. Off the ferry and I got the free mini bus care of the ferry to my new resort for the night. I picked it cause it was relatively cheap for a resort ($40) and near the airport. When I arrived they furnished me with a purple drink in a wine glass which was exactly what I needed. It was a great touch. 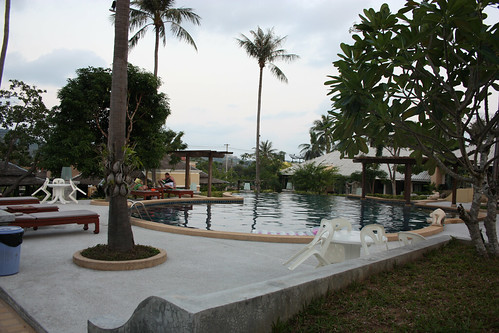 The room was large with a huge bed and shower and a lovely looking pool. Being 6pm there was no point in me getting my swimmers wet so I dipped my toe in. Everything in the room had the special origami thai hotels do. The towels, throw rugs and even the toilet paper! Dinner was a lovely chicken and cashew nut with more of the drink from checkin. I asked them what it was and they said Los or something. Then I realized it’s what we would call ribena in Australia. 🙂 Get everyone a round of ribena – on me! 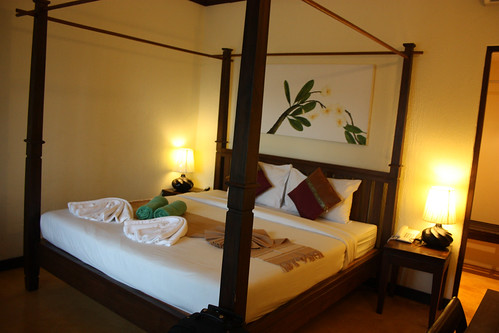 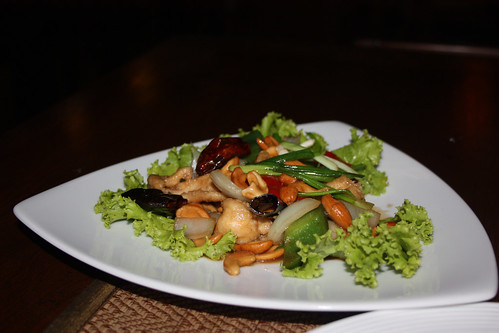 Headed back to the room to sort out getting a refund and reorganizing some of my accommodations. Had the tv on for company however they only had Thai or German channels so it was purely just background noise. Guess I know who this resort is marketed towards.

This is now my last beach visit for maybe a month unless I see some in Vietnam. I’ll have to work on my tan again in the last week before I go back. Next stop Chiang Rai.