Not much to tell today. Wanted a rest day and since I had to move hotels to be closer to the airport for my 6.55am flight to Hanoi I didn’t check out until 11.30am and took a taxi direct to the new hotel.

For breakfast I went to McDonalds cause i wasn’t up for a big buffet. Bought a sausage and egg meal, however they aren’t muffins they are the buns. This makes them a lot sweeter and more like an American McDonalds than an Aussie one (we don’t seem to like sweet and spicy for breakfast I guess). Prefer the muffins but the hash brown was perfect. Powdered milk in the coffee. 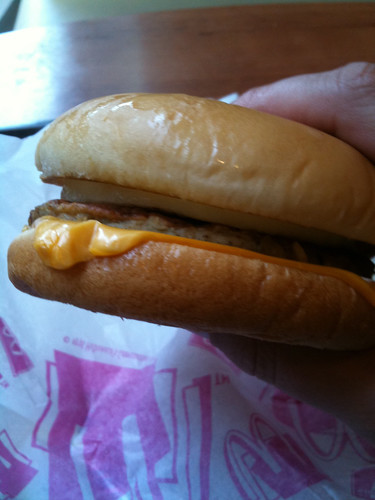 Took a taxi arranged by the hotel which although said metered they did me for a negotiated fee after I was already in it. When people tell you to flag down an empty taxi in Bangkok, do it cause it will be cheaper. They didn’t hit me too hard though – 450 baht including the toll fees which is the top end of what they say those fares cost. Guy spoke ok English so we had a chat along the way about how he works long sways everyday without a break. He is basically the hotel taxi service and people will hire him for the day to take them to places like Pattaya (the equivalent of hiring a taxi from Brisbane to the gold coast). He said it costs about 1500 baht ($50 AUD) which isn’t bad.

Checked in to my new hotel and lazed around watching HBO until hunger forced me out. Down the road was a drive in shopping complex called “The Paseo” where you can park in front of the shops. There was a bunch of chain restaurants and a tesco-lotus express where I bought some lip balm. All the air con had made me lip split and I ended up getting the nivea for men one since all the others were girly bright lipstick. Also got some batteries for the gps. 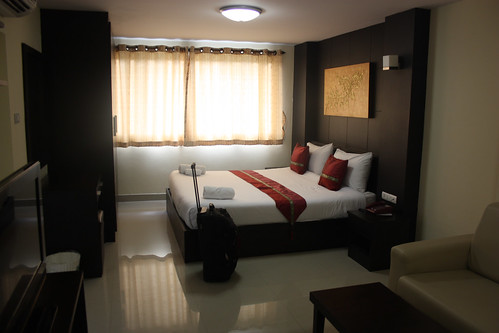 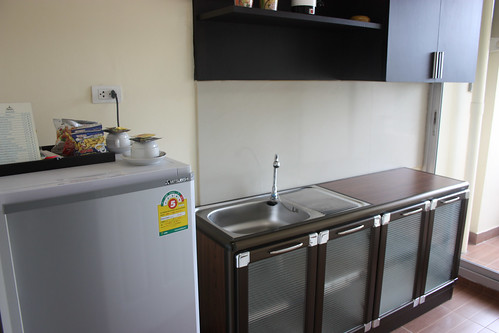 For lunch/dinner I decided to try KFC which I got shit from Kelly for. It’s actually quite a different experience to the australian one. For a start there was a menu book outside and no boards to order off inside. The guy serving didn’t speak English very well so we just pointed at things to get the message across. They have two pieces of chicken with fried rice on the menu as well as burgers which were also called “puffy”. I wanted fries so I went with the two pieces and fries plus a lemon lime cordial drink. When you eat in they give you a proper plate with real cutlery and a drink in a glass. Very proper and almost fine dining. The chicken is also spicy by default but still much nicer and fluffier than what we get in Australia. 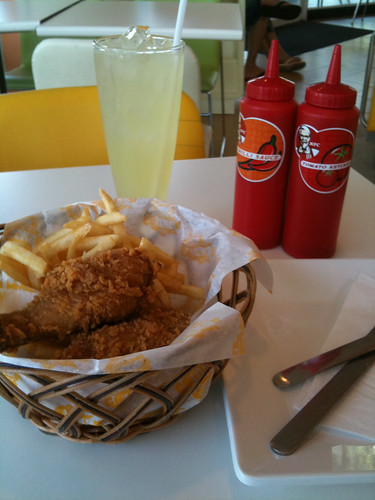 After eating I went back to the hotel and locked myself in, preparing my bags and stuff for the early morning flight. The bed was really really hard and my hip was hurting so I had trouble getting to sleep. Not even watching the movie Bad Boys helped me pass out.

Uneventful day so I can go full throttle tomorrow in Vietnam.