4.15am I wake up after a fitful sleep of hourly checking the clock so I don’t sleep through the alarm. An uneventful checkout and a dark drive in an old boxy Volvo to the airport (free as part of the accommodation).

Go to the kiosk to try using my barcode checkin to print my boarding pass but it tells me instead to go line up with everyone else. I get to the counter, feeling pleased ive got it all under control when the lady points out that the visa isn’t valid today – but tomorrow it’s ok. While she checks with her supervisor, I start racing through backup plans, reorgs and a bucketload of swearwords. Pausing only to tweet how stupid I am, I go to change my flight details. No point in changing anything else until I know I can get to Vietnam. Hoping I could catch a late night flight that arrives early I am dismayed to see there is only one a day and that is why I’m at the airport so early. They rebook me for tomorrow, with a nice extra fee and pricier fare and send me off to wipe up the ashes.

A hurried email to the hotel that was sending a car to pick me up hoping I’d get them in time (3 hrs notice), an email to my Vietnam tour lady who booked my hotel and halong bay tour and some agoda surfing for a hotel for the night. All this while I had a coffee and sandwich for breakfast.

Not wanting the same hotel I was in – everything was good except the bed and that was really bad, I chose the hotel I’d walked past while staying there. Meant to have more stars and at a similar price I figured I knew the area. I also knew I would be in the middle of nowhere again and my options for sightseeing would be hampered by the lack of my beloved skytrain.

Caught a taxi to the hotel where the driver tried it on. At they airport they give you a slip to complain about the taxi driver. Stupidly I gave it to him when he asked for “the ticket” (he was smooth) then he quoted 300 baht. I insisted on the meter which he grudgingly agreed to and then I proceeded to apologise for it being a short trip to indicate I knew where we were going. Ended up costing 100 baht plus 50 which is an airport fee.

Safari kept crashing when I tried to book on the iPhone so when I arrived I tried to get her to price match. She told me to book agoda and let me use the pc in the office. Booked, key, room. Chatted to Pauline and Kelly for a bit debating what I should do for the day and decided I’d sleep on it. Minutes in I get a phone call to say I’d booked for march not February. Aaaaargh! Was this a test to show how stupid I really am? Luckily agoda has a self service where you can change the dates but I spent the day waiting for an email to confirm it had changed. 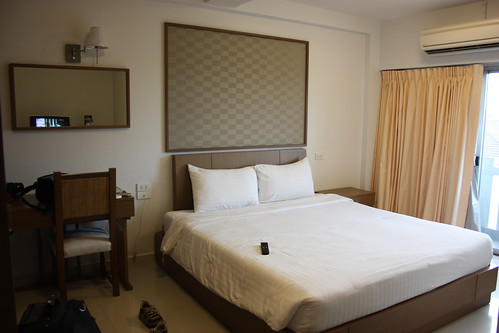 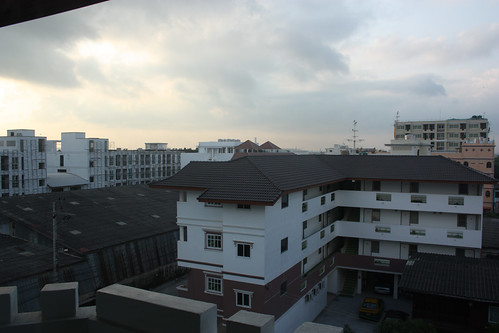 Decided I wasn’t going out at all with this kind of luck so spent the day google reading (only English channel on tv was christian), listening to iPod and trudging up to the shops I visited yesterday for food (which was pretty good actually – Thai chain food stores seem to have real chefs rather than teenagers waiting to finish high school). 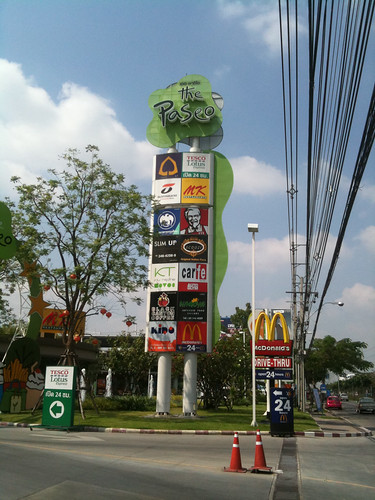 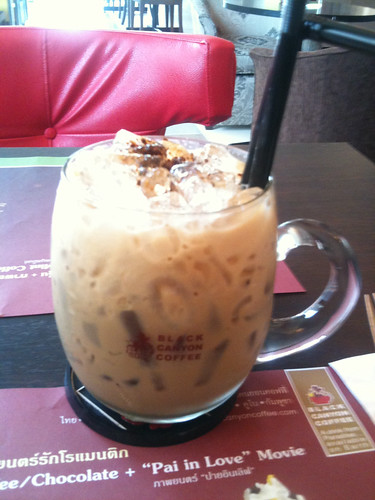 Now that i’m leaving Thailand for almost 2 weeks, I thought I might summarize some of more observations with some generalized comments:

1. Thai people are mostly skinny but geez they have a sweet tooth. Ice cream stores, donuts and sugary Thai ice coffees are everywhere

2. Thailand doesn’t seem to be crowded – unless u catch a BTS at 8am 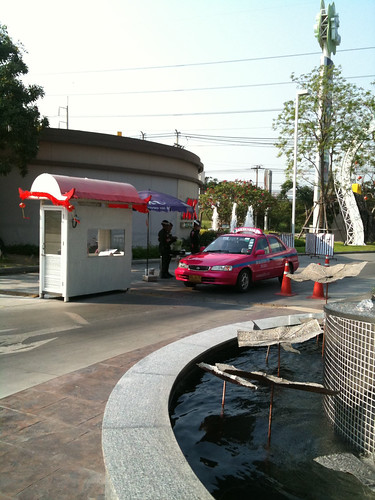 4. Thai people make the best brooms ever and use them for everything

5. There may not be any traffic rules obeyed here but I bet you Thai people are better drivers than Australians. Much more alert and reactive I bet.

6. Thai tv soaps contain a lot of face slapping, injuries and blood. It’s like a fight club home and away. Mostly it’s the women doing it too.

Tomorrow I will try to go to Vietnam. Ciao