A maintenance type of day today.

Woke up at 6.15 for what I thought was 7am breakfast (turned out to be 7.30). Outside my window was a magneficent view of halong bay rocks and water surrounded my mist. Had the top of the boat to myself for a bit of a walk and it was amazingly peaceful at that time of the bay. I had slept really well except for when I was woken at 12pm with a happy new year! 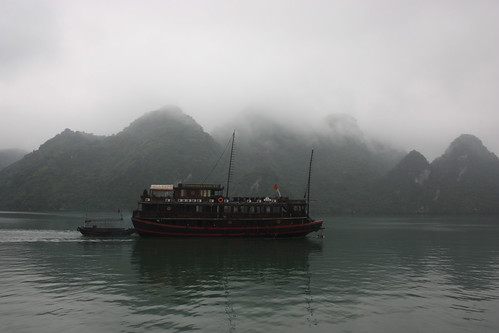 The staff were up preparing the dining room after the mess they’d left it in the night before. There had been karaoke and beer and merriment and that had kept the kiwis up but I was dead to the world.

After breakfast I said goodbye to the Korean and kiwi couple who were on the 2 night tour and joined the french family from Taipei. They were also really interesting to talk to – it always amazes me how people can upend their lives and children and go across the world. The kids had trouble for 6 months until they learnt English which allowed them to communicate with Taiwanese people who could speak English too. 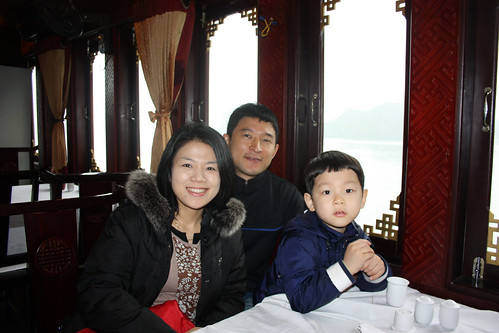 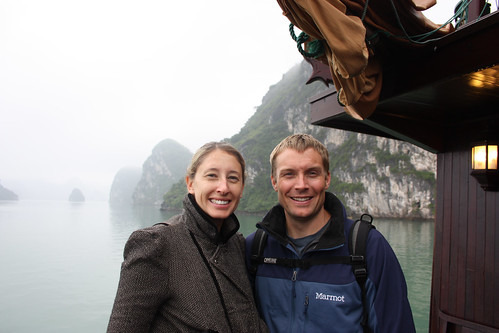 The boat slowly made it’s way back to the dock where we once again got on the tender. This time the engine was overheating which meant they had to air cool the engine cause steam was coming out everywhere. Like a lot of things I’ve experienced in Asia it was a little scary but still a little fun. I thought I would end up in the minivan with the young Aussies I had come to dislike on the boat, but I gained a reprieve when I joined with some French and Americans who were on their way back from 2 nights. I thought it was great until I realized they had stomach issues after the first stinky eggy fart drifted my way. Windows had to be opened it was that putrid. 🙂 They were tired and sleepy so I just listened to my iPod the whole way back.

The roads to Hanoi were very quiet after what we had to deal with on the way there. The ride was a lot bumpier because we could go quicker. Everything was closed for new years and everyone was sort of recovering. I marvelled at the cemeteries scattered all over the countryside in rice fields. Later I was told that if you own the land you can bury someone there. Interesting!

Was dropped off at my new hotel where I was joining my Vietnam tour group. I got a room to myself which was cool, so I freshened up then headed off for something to eat. Not a lot open so I headed to Rock Billys for some great beef noodles and mango smoothie. Seems like all the cafes here have free wifi. 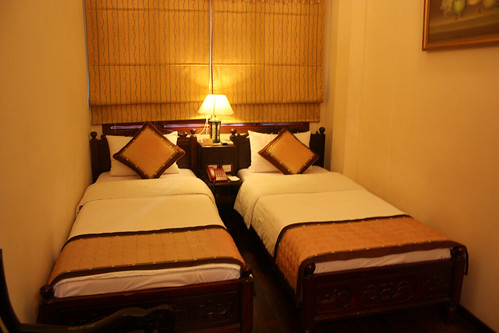 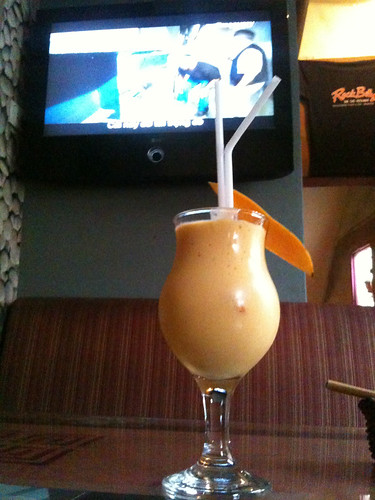 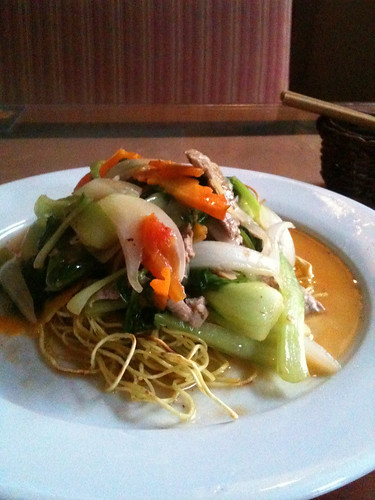 Returned to the hotel to meet my group at 6pm. Turned out there was 4 of us joining up with an existing group who had already done laos. The group ended up as 4 Aussies, 3 Brits and 1 Canadian. All Aussies were from Melbourne. 4 of us are solo (3 women) and 2 couples. Since the two Aussies hadn’t arrived yet and the others were going to dinner an puppet theatre, only Mark the Brit and me went with Hui our guide to Little Hanoi for dinner. 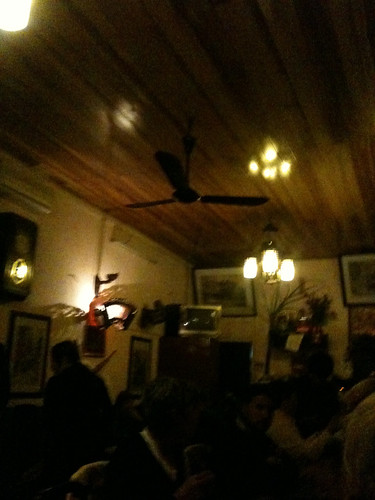 It was a great little restaurant full of antiques and tourists (cause everything was closed). Ordered 5 tastes chicken with rice but cause I was so full from my earlier meal I gave mine to Mark. After dinner we left Hui and headed back to the hotel – we would head out to see the sights in the morning.