Today’s plan was to take a boat out in to Nha Trang Bay and go snorkeling. I thought I was an idiot for doing it with a chest infection but when am I ever going to get a chance to go snorkeling in Vietnam again so I said Fuck It.

After we had breakfast of omlettes, pancakes or baguettes we headed off in the mini van for the pier. The docks were mad with boats bashing in to each other to get a spot – one moving in as the other one was moving out. Lucky they had the tyres hanging on the side to protect the boat is all I can say. 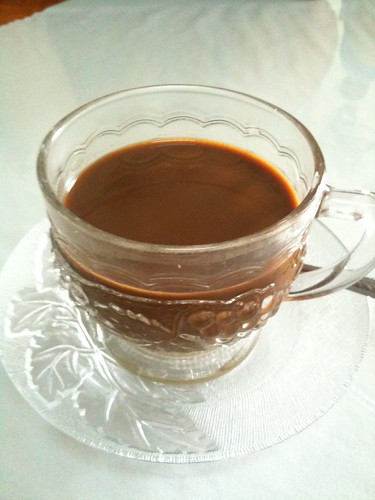 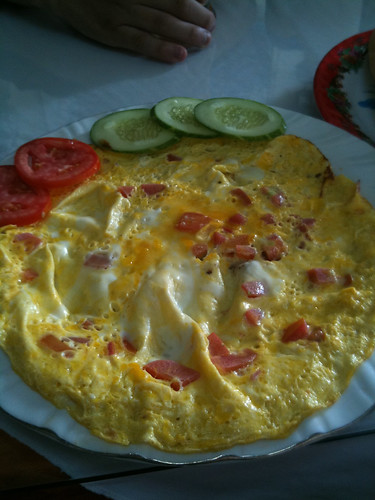 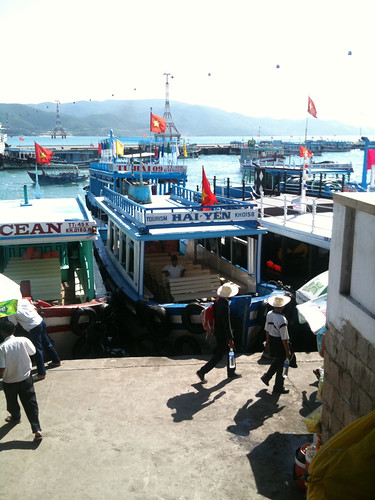 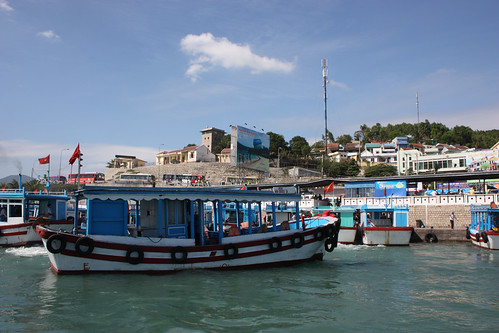 The boat was motor driven, wooden but in pretty ok condition. It tools us about 30 minutes to get to where we to go swimming. The ride took us under the cable cars that went out to vinpearl island where apparently Miss Universe was held a few years ago. The cable car stands weren’t very pretty – they looked like mobile phone towers. 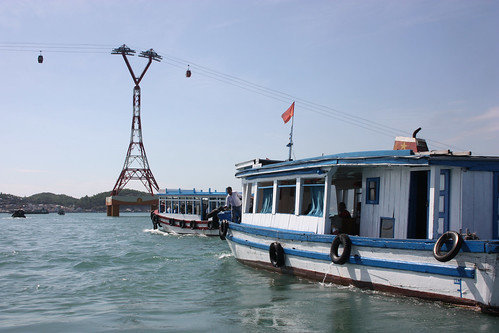 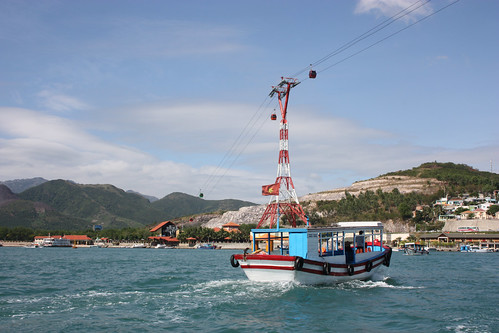 By the time we got to the island bay the sun was out in force and we all took a dip except for Hema the Canadian. The snorkeling was ok, some cool fish and a black and white sea snake but not up to Thailand level. Think I was spoilt there and it has ruined every other beach for me. I didn’t spend long in the water though and spent some time on the roof absorbing vitamin d. 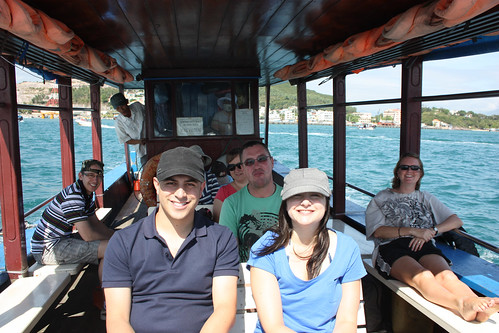 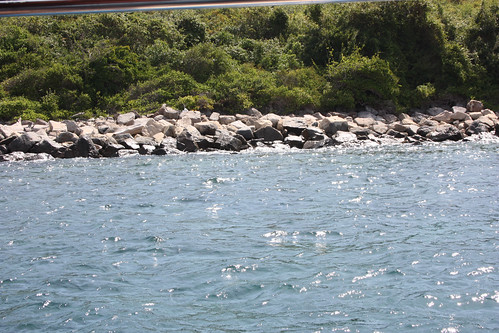 A girl with a bag came on the trip with us and she was there to offer us a massage or manicure. No one else was taking advantage of her and I felt bad that she was going on a 3 hr trip with no benefit so I got a manicure and pedicure done. She had shamed me about how shit my nails were. Once started she saw how hairy my leg were (having not done it since Thailand) so she pulled out some string, twisted it and started rolling it against my leg. Hurt less than waxing but it cost 200,000 dong so I decided against it. The manicure and pedicure together cost 40,000 dong ($4aud) which included nail painting. 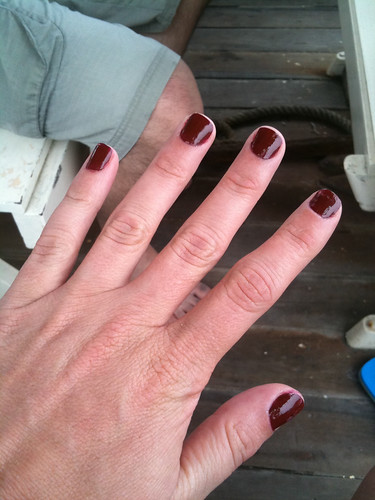 After the manicure was done the captain cooked us up an impressive meal of squid, fish, beef, noodles, rice, chicken and tofu dishes. The guy had a kitchen smaller than a public toilet cubicle yet there were more dishes than we could all eat. In Harvey bay you’d get cold meat and a salad from a kitchen the size of a boat. 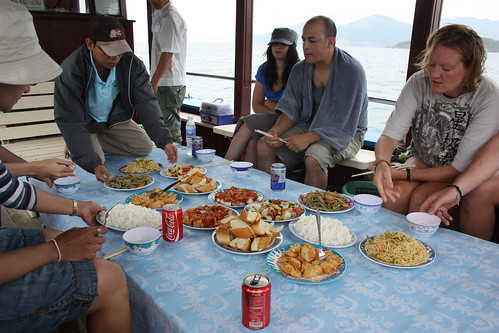 After the meal we headed back to the mainland to catch a mini bus to the mud baths. The baths are made out of stone and you tend to bathe in a group. They clean out the baths after each group and put more mud in but it’s more like clay water though. We used ladles to pour it over ourselves – even our hair. You don’t want it in your eyes however, the mud stings. 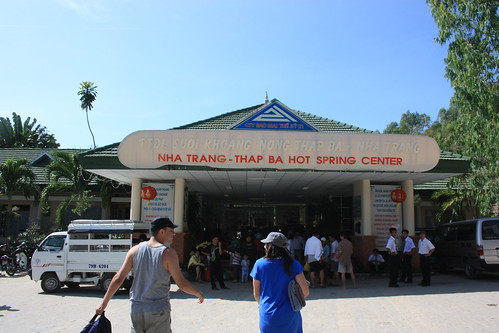 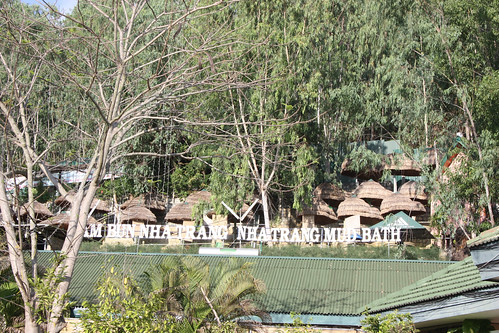 After the bath you go through a high pressure hot mineral water shower to get the mud off, then you bath in a hot
mineral bath for about 20 mins. You can end it there or get in to a hot or cold swimming pool. It was really all quite lovely and my skin felt better for it. Also one of the few places I’ve seen English signs for tourists. Unfortunately I still haven’t figured out how to clean the mud out of my togs. In the whole mud, bath, shower deal I managed to chip or strip all the nail polish off my fingernails. By the end of the day there was no polish left on my finger. 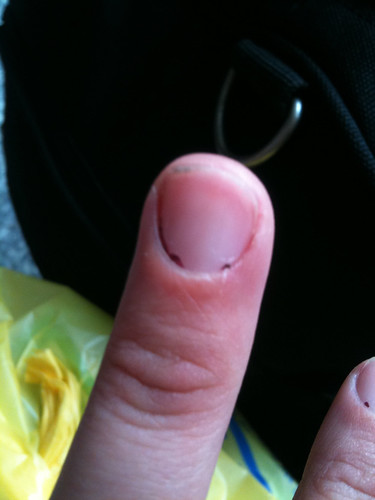 After we all washed the mud off we stopped at Champa Tower. It’s a Khmer style tower made out of bricks that worships the male and female organs. There was a photography session going on while we were there – the male wore white and the female red. We only spent 20 minutes there and then it was back to the hotel. 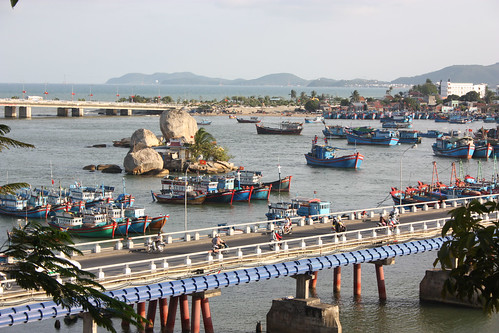 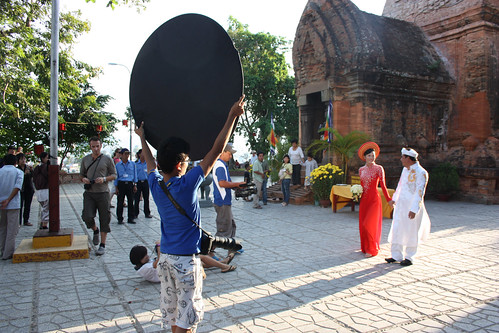 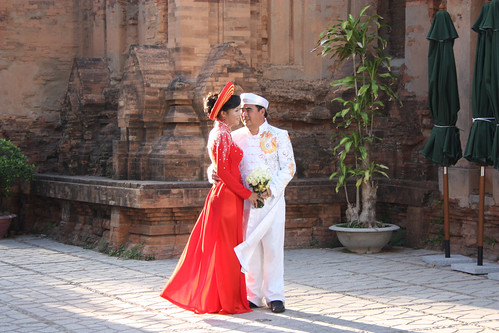 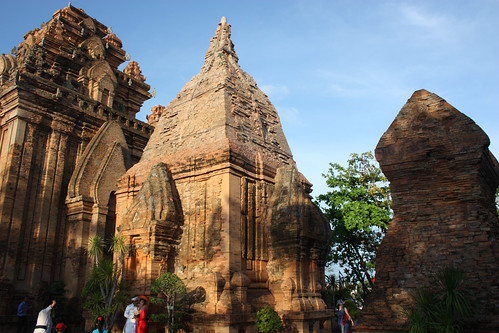 For dinner the group split up – the older four headed off to an Indian restaurant while Hui took the four youngones to a BBQ restaurant. They give u some hot charcoal, a cooking plate and some marinated meat and you cook it yourself. It’s very smoky, was full of Vietnamese people (which I liked) and tasty. They also had beer girls there promoting San Miguel beer and they were just like the ones at home with all the requisite “ahem” assets. Hui was pretty good at chatting them up too. 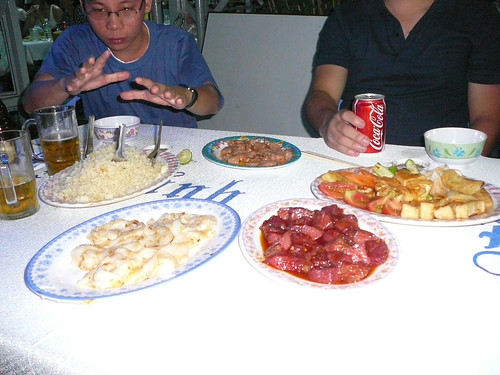 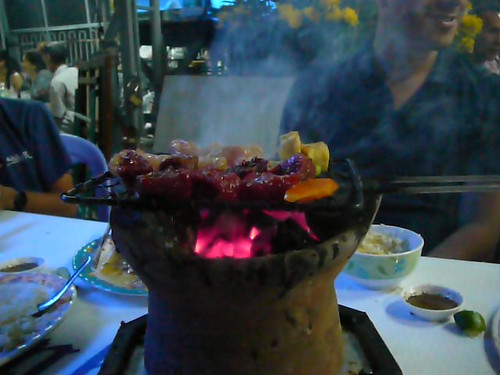 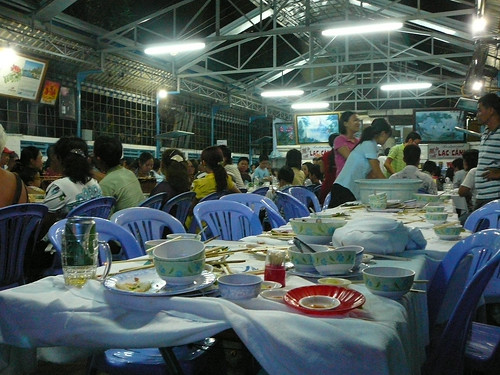 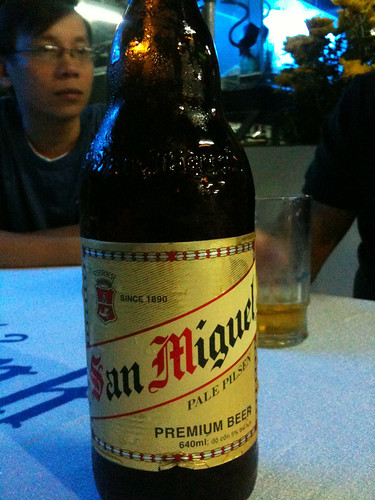 Afterwards we all just went back to the room to crash since a few of us were leaving for the Mekong Delta at 6.30am.