Not much to say about today. Woke up at 6am and watched Fatal Attraction until breakfast. Went to the bakery to pick up a ham baguette, apple pie and chocolate croissant for lunch and dinner on the train. 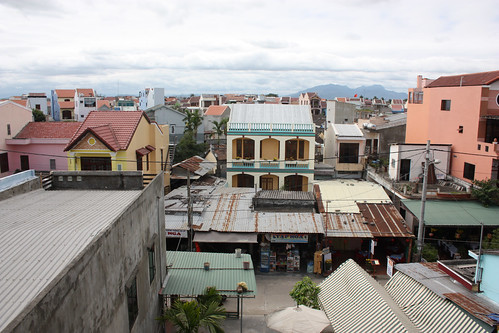 At 12 we took a mini bus to Danang to catch the train to Nha Trang. The train was about 30 minutes late so it wasn’t fun packed in the waiting room with everyone returning home from Tet holidays. 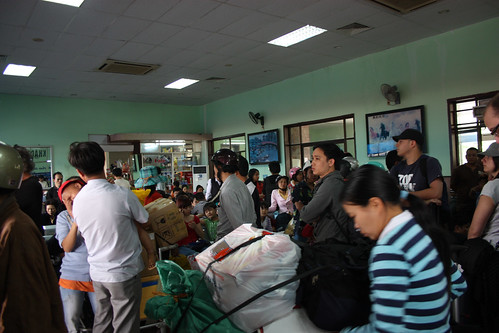 This time the train had 6 beds to a compartment so head space was small. Luckily they had bought out the compartments so that only 4 of us shared the space. The other beds carried the luggage. We felt like shitheads though because there were people sitting on plastic chairs in the aisle for the entire 10-20 hour journey. We were even bigger shitheads because we didn’t offer anyone the beds – but trusting people is a little hard.

We had to sit squashed in our beds for 10 hours which wasn’t too difficult but still uncomfortable. I much prefer the Thai trains that are seats that convert to beds. I spent the time listening to music, chatting to the other three younguns in my group and reading. Suprisingly didn’t sleep.

At one point the wheel got broken and we had to stop and wait till they fixed it which added another 30 mins to the journey. When we arrived at 11.30pm the bus wasn’t there which annoyed Hui and we had to take cabs. By 12 though we were in our hotel rooms crashing after the long day of travel. Bit of a wasted day, but it had to be done. 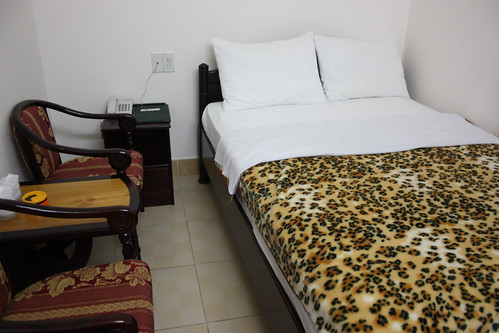 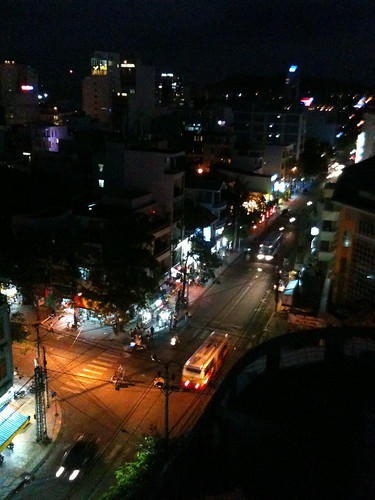 The thing I realized on the trip is that I haven’t seen any freeways and that trucks only seem to drive at night. I wonder how quick it will be to go from top to the bottom of Vietnam once they put in freeways – if they indeed put them in. I mean this is a country with 85 million people yet the don’t have a coastal freeway. Amazing.