Met our new guide Cheung in the lobby at 8am for our day trip to the Mekong Delta. We had the same driver and van as the day before so we all assumed our usual positions. We were going to take the new superhighway from Saigon to the Mekong Delta but it was so new that neither the driver or guide knew where it was exactly. So we ended up on the older busier road which I didn’t mind cause it gave me the chance to take lots of photos of strange things carried by scooter. 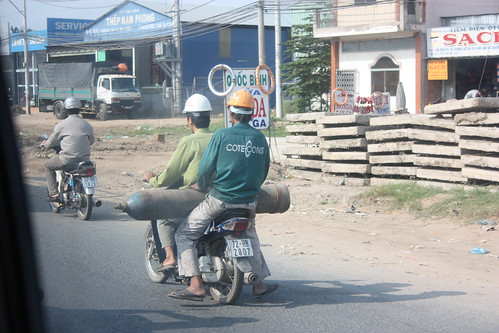 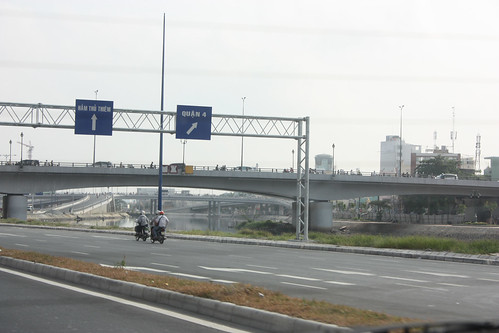 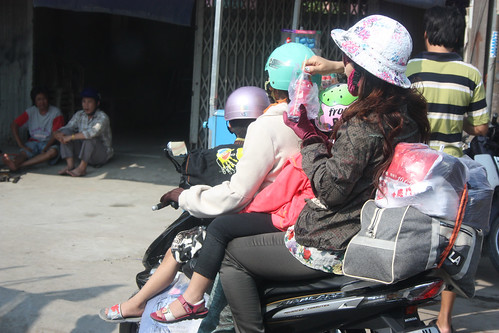 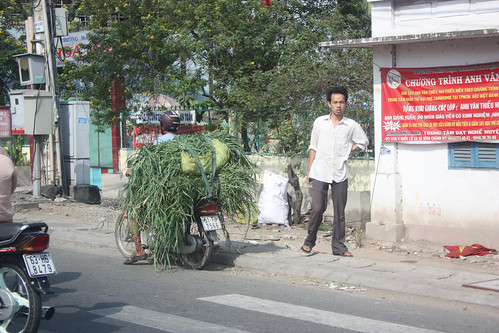 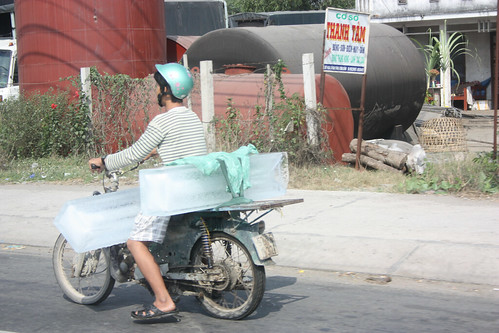 We stopped at the best travel stop we’ve had in the entire country. It had a pond with ducks and fish, air con, good coffee and most importantly a clean quiet toilet. It was also near near the exit of where the superhighway comes out so the guide and driver knew where to go on our way back. 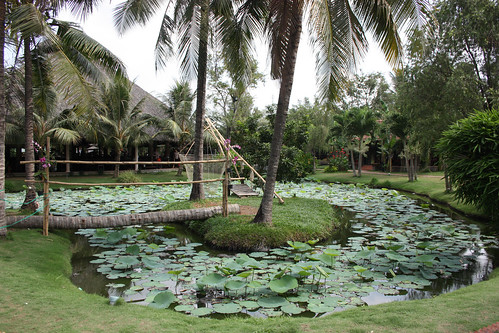 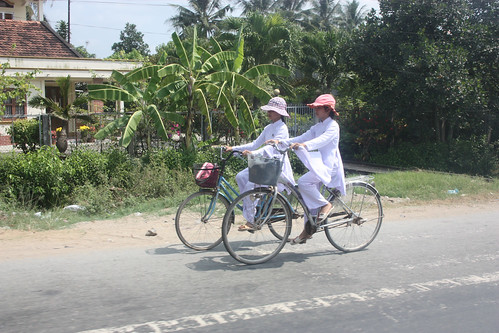 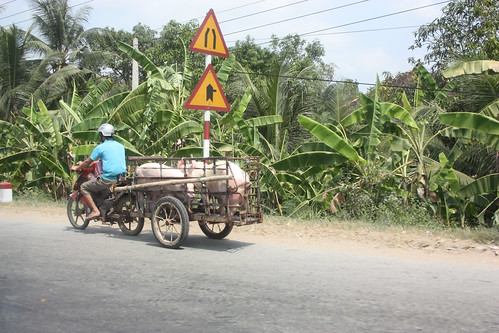 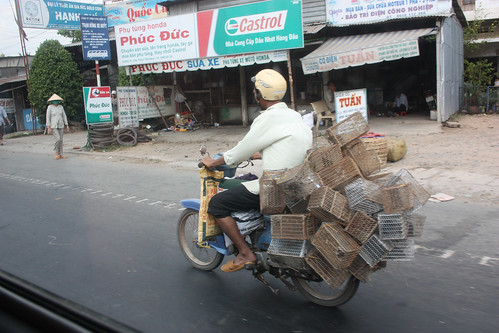 Eventually we stopped on a little side road and got on to a boat with eyes at the front. The lady who drove wandered about in high heels and socks which blew me away. We had seats that weren’t fastened to the floor but we did have lifejackets. We did a short cruise down the Mekong river before getting out at an arts and crafts tourist spot. We were shown how they make coconut candy, popped rice, rice paper and tea. They also sold nik naks and stuff. I ended up buying some candy – when it is fresh and still warm it is amazing. 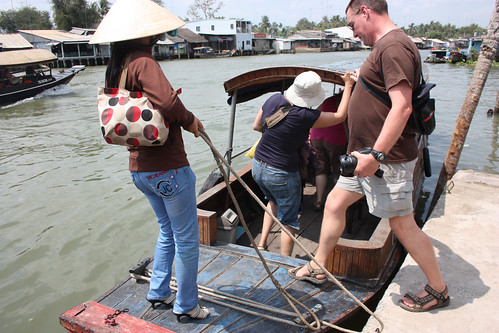 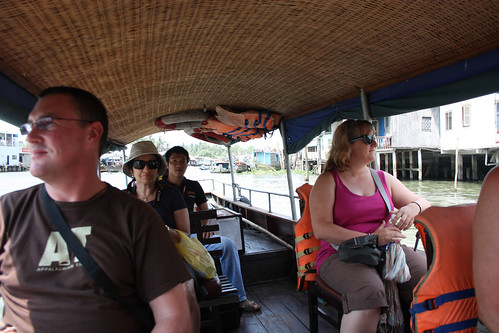 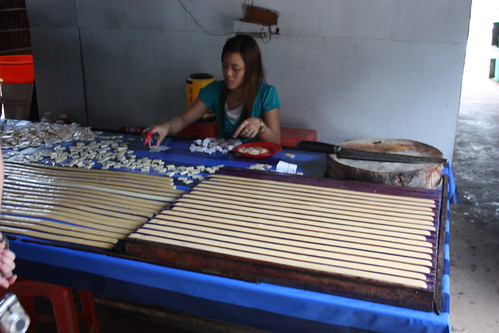 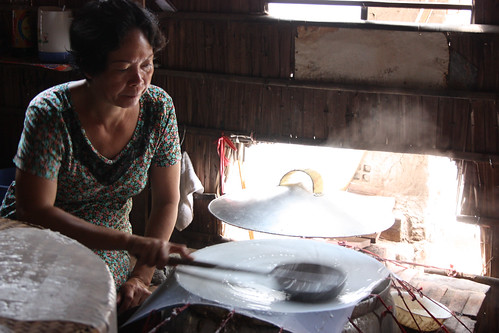 In the boat again and we went through the boat market where they were mostly selling pumpkins and watermelons with a few rambutans thrown in. We then transferred to two smaller boats where we donned conical hats and were rowed down some small tributries. It was really rather fun if slow and the rowers put in some great effort. We tipped them as well. Made for some great photos. At the end we were picked up by the big boat when we reached the Mekong again and were taken to a restaurant down another small offshoot. The restaurant was in an old Chinese rich persons house so it was wooden and ornate. The food was really yummy with elephant ear fish, pumpkin flowers stuffed with pork and soup. Then we were taken back to the pier where we started and tipped the high heel lady boat driver. 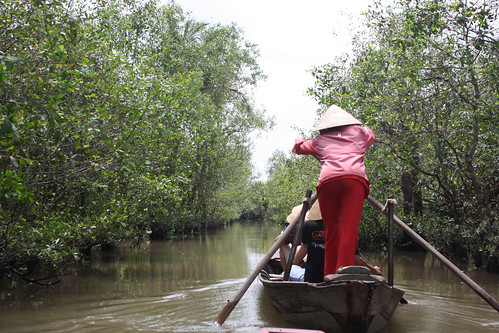 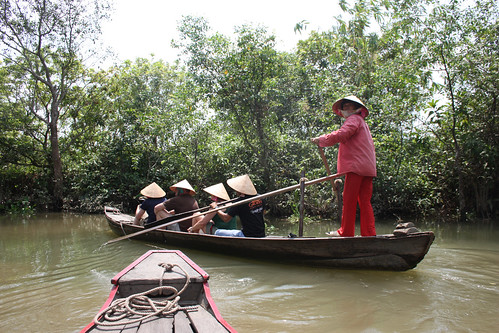 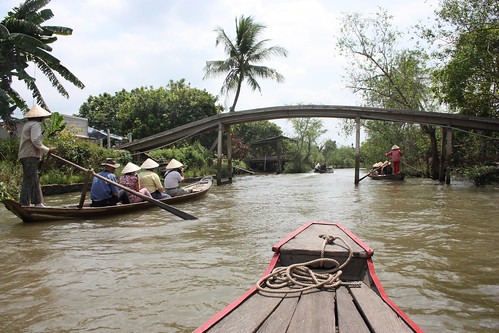 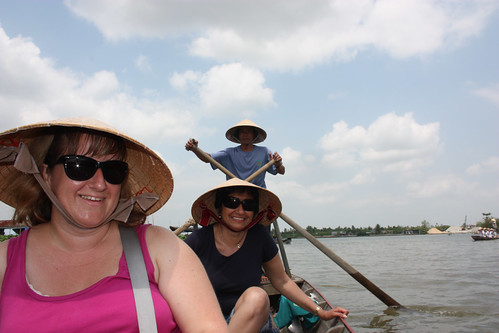 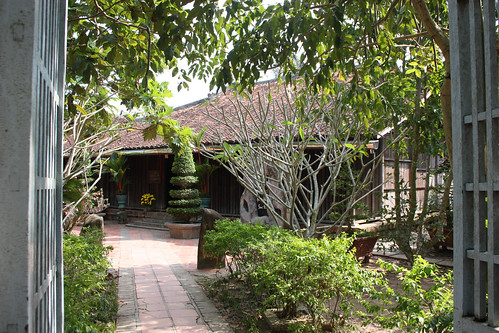 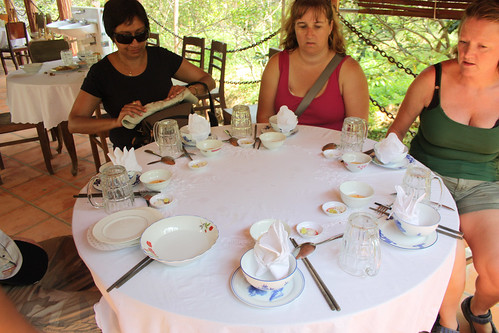 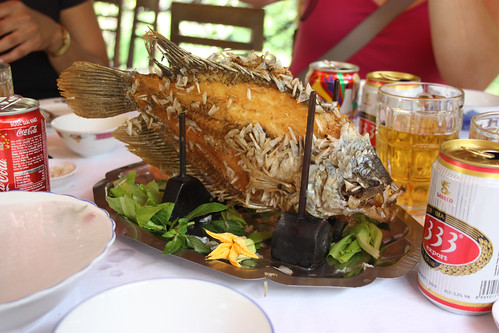 Returning back to Saigon along the superhighway was a treat. Nothing is allowed on that can’t go over 70 miles per hour so scooters were out. We were doing real speeds so it knocked the time off real quick zooming through rice fields. It was so new they haven’t built the toll gates yet – I think it is still under trial. This is the first freeway built in the country and they are very excited about it. 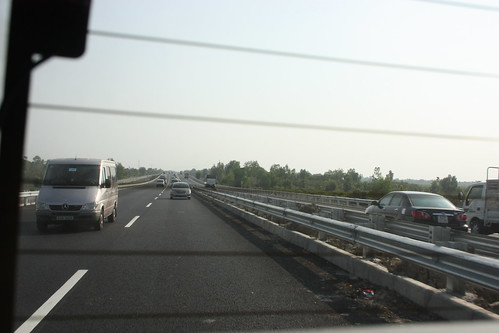 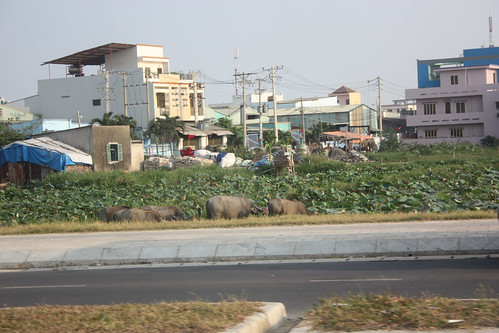 In Saigon the tour still wasn’t over and we visited a laquer factory. I listened avidly as she explained how the wood was treated over a period of 7 days before it is covered in mother of pearl and eggs shells to make art. Later I stupidly asked i the plates were plastic but no one else was in earshot. I ended up buying a plate with two girls in white silk outfits walking away. We had seen lots of them everywhere during the day because that is what they wear to school. I know if I wore white I’d end up brown by the end of the day! 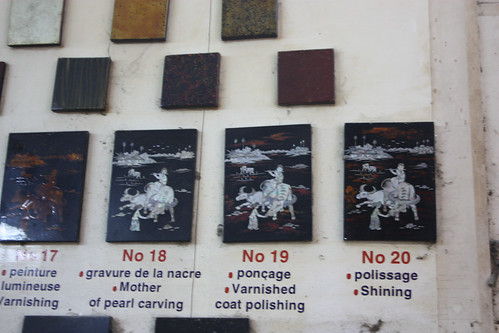 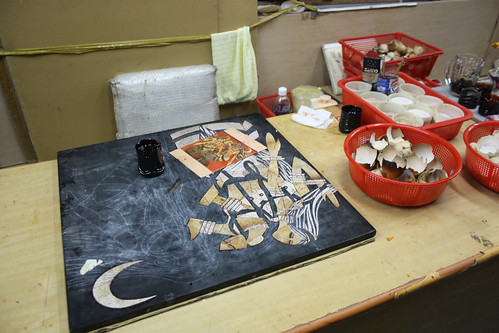 We then said farewell to the driver and guide – tipping them each and hello again to Hui. He looked relieved to see us. We agreed to meet at 7 for dinner. Caught two cabs over to restaurant 19 where I ordered beef in bamboo. The charcoal flavour of the burnt bamboo was fantastic. Then it was back to the hotel to sleep – at least for me. 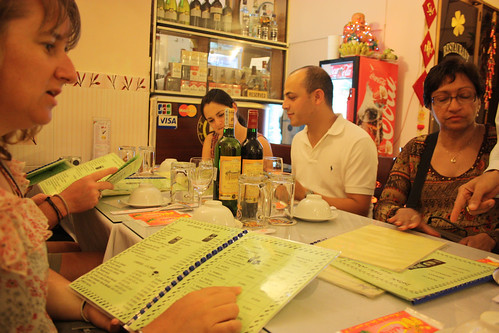