This morning I checked the oil and water in the Mercedes to make sure everything was all ok. The car had been running brilliantly except for odd moments when it would stall at low revs. It wasn’t often and mainly in carparks but there was a moment when we were stopped at the lights and it stalled. Everything looked good though so I crossed the road to take a picture of our lodgings and the bird cage next to the pool. 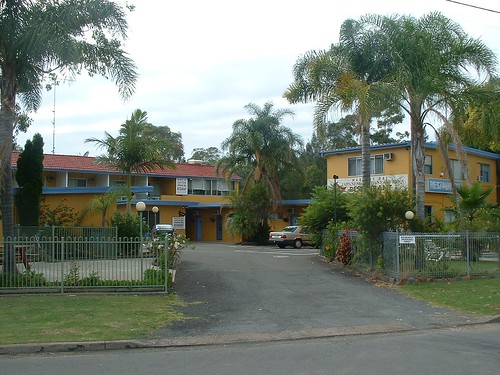 Inside the cage was a pink galah and on top were some wild galahs hanging out with it. It was kind of like they were planning a jail break or something and I had interrupted it. Pretty funny. 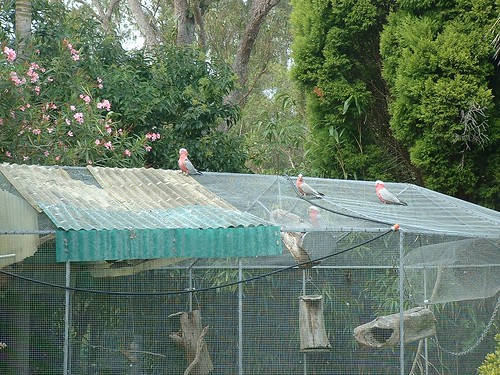 We took the slow route out of Newcastle as it was more interesting but it eventually led us to the freeway and the bland viewing that usually goes with it. Well it was bland until we got to the spectacular entry just out of Sydney where the freeway is cut through rocky mountains near some water. It’s hard to keep your eyes on the road when you are looking at stuff like that. I enjoyed some of the 110kms an hour stretches of road and the Merc felt like it was a cat arching it’s back it enjoyed it that much.

While on the road Danielle got a phone call from her friend Karen who is temporarily working in Sydney for a couple of months. Karen used to work at the Norman Hotel in Brisbane with Danielle but had resigned a while ago. Since then another ex-norman employee Trevor had ended up managing a pub in St Mary’s and asked Karen to come down and help with revitalizing the restaurant. Danielle wanted to visit them so we decided that the best time to see them would be then. On the way we saw a few billboards with a tattooed, head shaved leather dude called pubboy. Turns out he owns the pub and is setting up a chain across NSW. 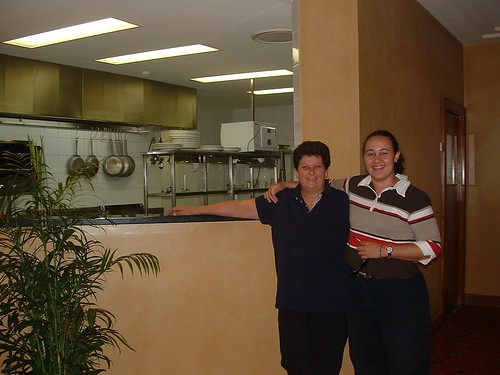 Karen greeted us warmly and showed us her rooms above the pub. We had coffee and lunch with her and in the couple of hours I spent with her I learnt more about the inner workings of a restaurant than I ever have before. She had rewritten the menu and seemed really passionate and excited about what she was doing. I was surprised at how much I enjoyed myself and the gourmet chilli jam burger I ordered. In the course of the conversation she alerted us to the Krispy Kreme stores that were in Sydney. She mentioned that when the Penrith store opened people were lining up for 3 hours to buy donuts and some even came from as far as Newcastle to get them. This of course made Danielle’s tummy rumble and it became our mission to try some while we here.

Saying goodbye to Karen we began the tough job of driving in to Sydney to our accommodation at The Crest in Kings Cross. 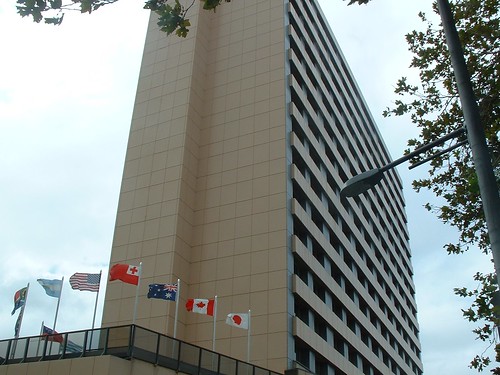 Friday afternoon isn’t really the best time to be a first time Sydney driver but we made it without being crashed in to or killing anyone. I was very impressed with myself even if I did sweat a few buckets. After checking in I parked the car under the building in the smallest carpark I’ve ever had to deal with. Luckily the building I work in is just as bad so with Danielle’s guidance we squeezed it in. 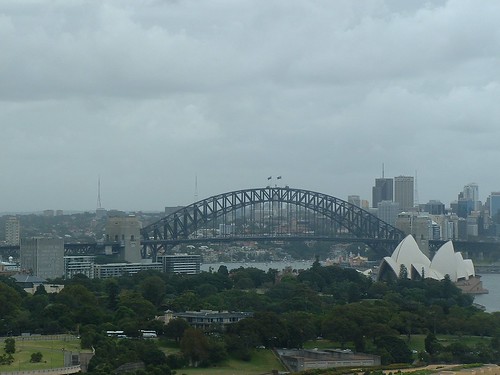 Opening the door to our room on the 13th floor we quickly discovered that there was only one double bed. This wasn’t the twin we ordered so Danielle promptly called downstairs to arrange another room. A quick key change and we were up on the 15th floor in the penthouse! Yeah baby. Not only was it twin beds, but it was a twin room! 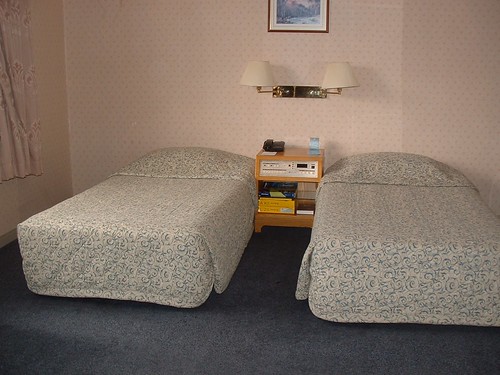 We had two bathrooms, two bedrooms, two tvs and one large leather couch. 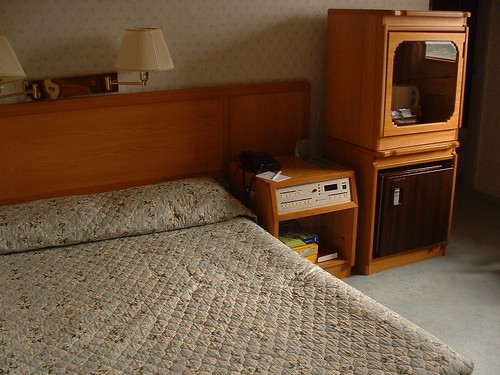 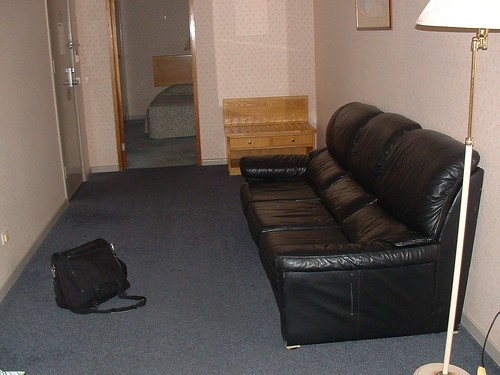 But sod that, we had a view of Sydney to die for. Out the window we could see Centerpoint tower, 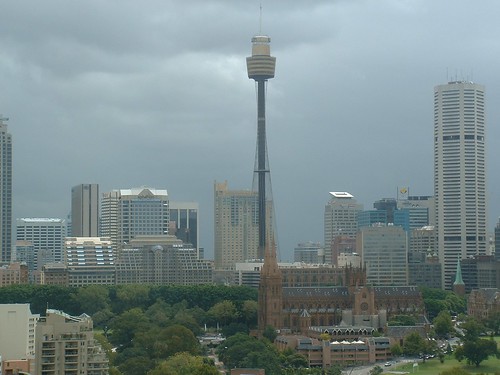 the Harbour Bridge and the Opera House.

All for $143! You don’t usually get that in Sydney – even if we were staying in the dodgy part of town. Yeah the decor was dated but who gave one because we had baths! Thankyou Wotif.com for that bargain.

We took a little rest then headed out for an explore and some coffee because if you are going to explore the so called “seedier” side of Sydney then you need to be awake. We found a little cafe on a side street that was offering “the best coffee in the Cross” and what we called “the slowest internet connection in the world”. 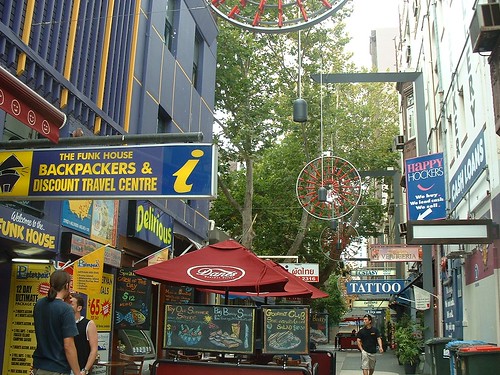 No matter, it was free and it told us how to get to Krispy Kremes when we needed it the next day. Our walk around Kings Cross showed us the usual crack heads, tourists and this amazingly white skinned lady standing drugged out of her skull outside a strip club. As we walked past 3 foreign ladies were staring at her and I overheard one of them say that they would like to talk to her. I wanted to see how that discussion went but we had sex stores to visit and didn’t stop.

Wandering out of the store without purchasing anything we took a walk around Darlinghurst and discovered some really appealing restaurants. It seems like Sydney really knows how to make modern italian restaurants look really good. The one that caught Danielle’s and my eye was one with a huge billboard size photo of the San Siro taken just behind the keeper. Beside it was an equally huge photo of a Ferrari. The counter sold rectangle shaped pizzas and the girls serving had tight fitting red tops on. I wish I had taken a photo of the place.

Heading back to the hotel we came across another Wicked van, 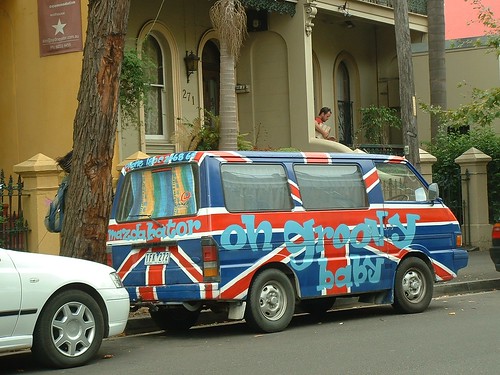 this cool lady who had a knife sharpener on the back of her scooter and a Govindas restaurant that also had a cinema. 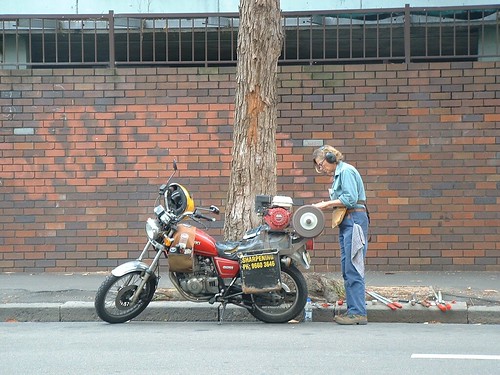 We stopped off at the Goldfish Bowl for the free drink that had come with our hotel booking, so named because the windows in the pub give you a great view of one of the intersections in Kings Cross. I was enjoying watching the comings and goings at the bar and the street around it so much that I bought another drink. We had a strange lady dolled up like a badly made up Joan Collins stare at us the whole time we were there and a George Lucas type guy meet up with a very tall lady who could have possibly been a transvestite. If she wasn’t, than the friend she met outside couldn’t have been anything else! That bar is a great place to sit and find characters for stories – you could spend the rest of your life there and not be bored.

Upstairs again in the rooms we rested for our trek over to Oxford Street. This is Mardi Gras season and if you want to see beautiful men totally ignore you then head here. I have to say I was a little disappointed in the street but maybe it was just a let down cause it was a thursday night. The Darlinghurst bookstore was pretty good though, I think we spent 45 minutes there.

Further down the street we decided we were hungry and stopped in at an Indian Curry store. It wasn’t fancy, they served you plates from the counter and then you sat out the back but it was an amazingly fun experience. There is this huge television screen showing a Bollywood film that seemed like a best of compilation from one film but it was hard to tell as it wasn’t subtitled. It kept jumping in the storyline so in the end Danielle and I just amused ourselves by making up what was happening. We did find it hard though to explain why the main character was dancing and singing in a nightclub while smiling, hugging his friend and shooting off a gun. But I guess that’s just Bollywood.

After dinner we walked to the edge of the park and caught a train to Kings Cross from St James. We took the one going in the wrong direction to central but it was great because it took us through Circular Quay, which Danielle reckons has the best view from a train station ever. I guess you can’t really compare Brunswick St olive green walls to the Sydney Harbour Bridge and the Opera House can you?

Back at our hotel we adjourned to our individual upgraded rooms where we could indulge the fantasy of being solo travellers with a kick ass view in Sydney. I took a lovely bath and went to sleep thinking about our future big tourist day in the CBD.