Woke up in Chatham at the Chatham Bars Inn. Felt like ladies of luxury and enjoyed the views out the window of the golf course. We mucked around in the room for a while since we didn’t need to rush anywhere for once so we treated ourselves to the nespresso coffee pods like we have at home. Decided to have breakfast in the main lodge which turned out to be silver service. The large dining hall evoked images of rich people from New York spending their summers up at the Cod in the 1940s and I felt I should have been dressed in a dress to suit that image rather than the standard issue jeans I’d been mucking about in. I ordered a wonderful brioche french toast with apple compote and maple  syrup. It was divine and I took full advantage of the limitless cups of coffee even if it is filtered. The server was a little bit drippy with his coffee pouring though – I expected better from such a fine dining establishment. He was a good conversationalist though about swine flu so I forgave him. 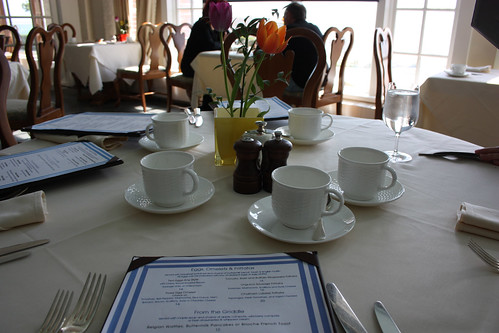 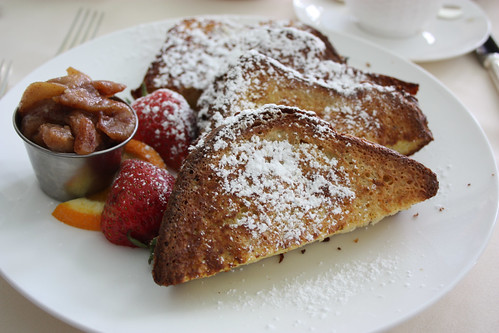 After stuffing our faces we explored the immediate area around the lodge. The gardens were being renewed in time for summer so they were really just dirt garden beds. There was a verandah full of lounge chairs overlooking the water which I imagined would be packed once it got hot but for now the chairs were empty as it was still too early in the season. The fireplace in the lounge was lit and seemed like a cosy place to retire at night, but for now we had laundry to do after a week without a clothes wash.

The dirt garden beds at the entrance to the Main Lodge at Chatham Bars Inn: 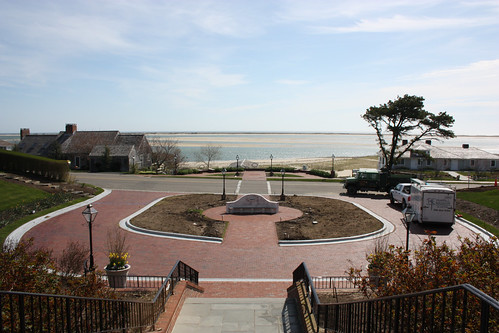 View from the verandah: 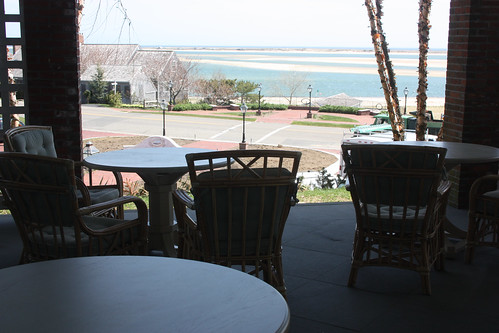 The lounge is waiting for us: 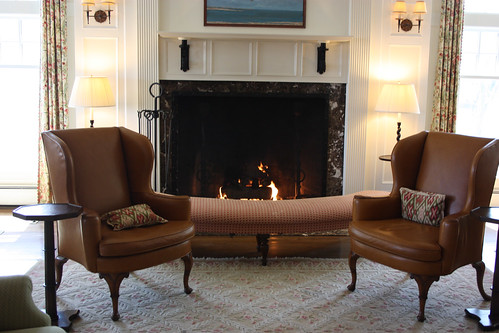 Mum discovered we had to drive to Orleans to do the wash, so we collected everyones clothes and the two of us got in the van to drive the 18 minutes to the laundromat. I was the driver which was the first time I’d driven on this visit to the USA so it took a little getting used to. My right turns at red lights were a little dodgy and I think I may have stressed mum out a little bit but the gps got us there in the end. The english neighbours who had a room in the same cottage as us next to Auntie Sue and Fiona arrived not much later so we chatted to them while the clothes washed. They were a family of three and the father worked for an american company. They were taking their son on a road trip around the USA before he went off to St Andrews University. His dad was really proud of him and the mum spent the time teaching him how to do the laundry since he’d have to do it all himself from now on. The lady who worked in the laundry was nice however it wasn’t a cheap laundry – think it cost us about $18 to wash and dry all the clothes. 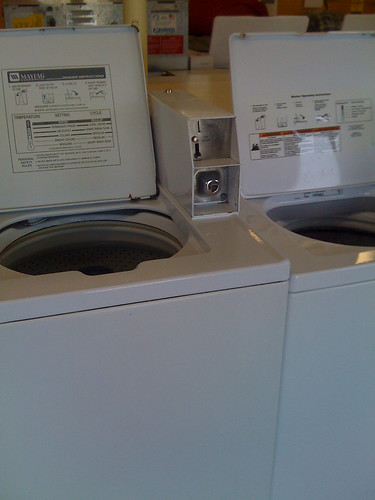 Back at the Chatham Bars Inn we swapped the laundry for Fiona, Sue and Pauline and headed off to Provincetown. The others had spent the morning exploring the beach in the sun or reading books. Provincetown is at the top of the cape which is about an hours drive. On the way we explored the empty beaches and dunes, then stopped of at the Highland Links lighthouse. We walked to the cliffs and saw some wildlife like rabbits and huge bumble bees. The lighthouse was closed so we could only look around it, but it was a beautiful area overlooking the golf course.

Beach near Wellfleet by the sea: 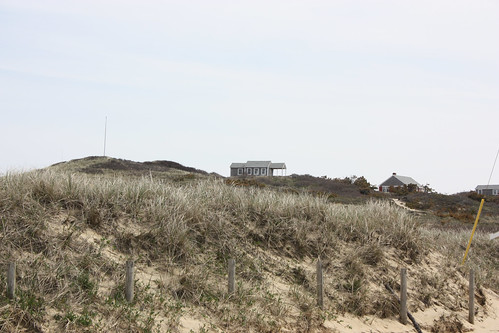 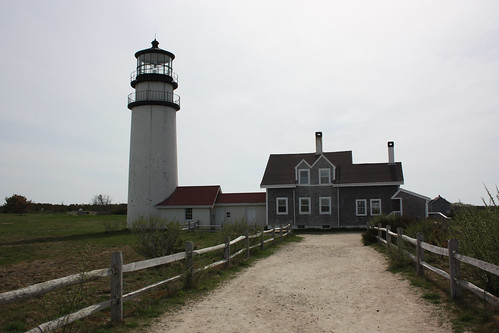 Nearer to Provincetown the road got flat and the view was open until suddenly we were surrounded by really high sand dunes – almost felt like we were going through a tunnel. Arriving in Provincetown we were greated by a church spire which I didn’t expect. The gps took us to the centre of town where we parked in a paid parking spot since that was all on offer. The street we parked in was called Commercial street which had a lot of cute small shops. We explored the area on foot which suprisingly took us a long time. Provincetown is well known as a gay village and it was obvious instantly from the music selection advertised outside the cd shop. There was a human rights store and rainbow flags flying everywhere. Funny window displays and people who looked like they were on my team made Pauline and I feel right at home. It was very quiet as a lot of stores were closed for the season – it’s really weird to see signs saying “thanks for the season and see you in May 2009”. As an Australian Brisbanite I’m not used to experiencing real seasons so to see stores being painted and prepped in readiness for opening wasw strange and foreign to me. They were painting inside and outside as well as the whole garden bed thing again. It was a hive of industry in that respect and it was like peeking behind the curtain before the show opened.

Record store catering to us gays: 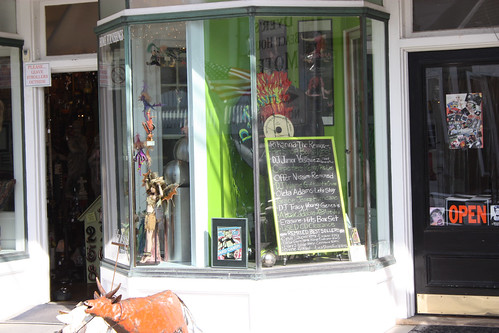 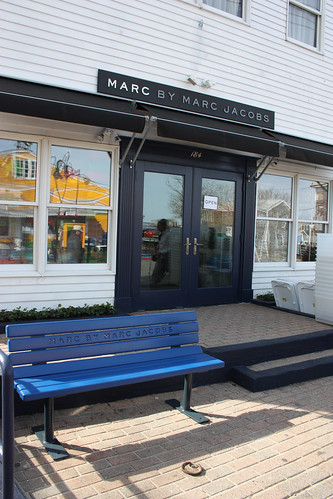 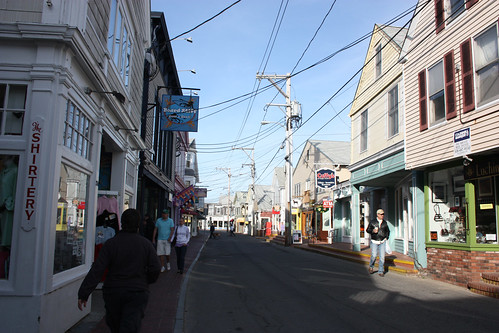 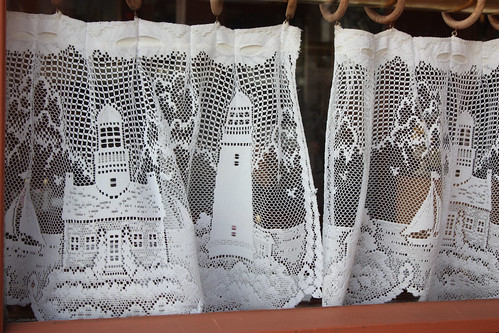 Mum, Fiona and Sue ended up shopping together while Pauline and I hunted for a t-shirt that suited her. Mum bought me a really cool Beatles poster (replica) from the Cavern that was so old it featured Pete Best. I bought some saltwater taffy that was the most incredible I’ve ever had before and since. Going to the public toilet was an odd experience as there was a lady sitting inside who I presume was there to keep it clean. I know you should tip people for that, but I refused to because I didn’t choose for her to be there. We all met up near the Lobster Pot where we decided to have dinner, but first Pauline and I had to move the car since we’d only put an hours worth of credit in the parking meter. On the way back we visited the Marine Supplies Inc store which quickly became Pauline’s favourite store due to the amount of army and navy disposal gear inside. Also had trinkets of all kind – it was the place where mum bought me the poster. I was tempted by the tin lunchboxes but restrained myself. 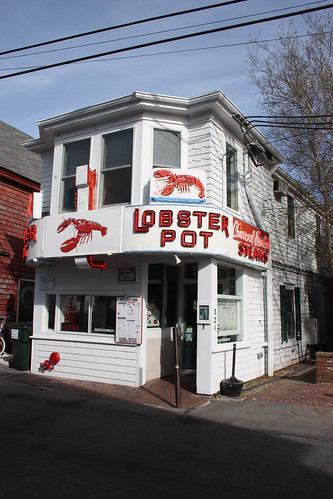 The Lobster Pot is a New England institution and I believe it is one of the most photographed things in Provincetown. We were taken out the back on entry and seated inside with a little bit of a view of the water. Fiona and I had pink lemonade which was bottomless (I love that!).  Pauline went for a Lobster Newburg which was a sherry cream sauce lobster thing that was stunningly yum however the lobster was a bit chewy. I went for the clam chowder which was supposedly their specialty but I wasn’t in awe of it. I do like eating soup from a bread bowl though. The others ordered a seafood crepe and calamari. Out the front they had huge 2 pound lobsters in the tank. I’ve never seen shellfish that big and it was daunting.

Clam chowder in a bread bowl: 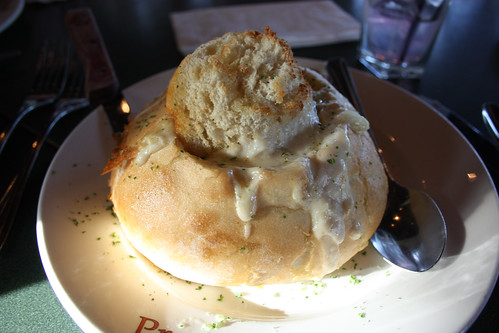 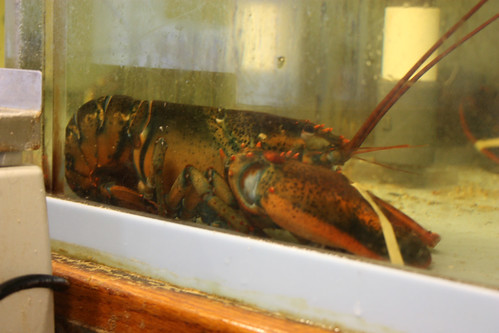 After a big filling dinner we decided to walk it off down the jetty. The sun was setting and it was windy which made it a brisk walk but the light was perfect for taking photos. I fell a little bit in love with Provincetown on that day but I wonder if I’d love it as much in the peak of summer. I kept singing the Don Henley song “Boys of Summer” in my head the whole drive home since it was so fitting. There were so many empty beach houses that would be heaving in just a few weeks after we’d gone.

Provincetown from the jetty: 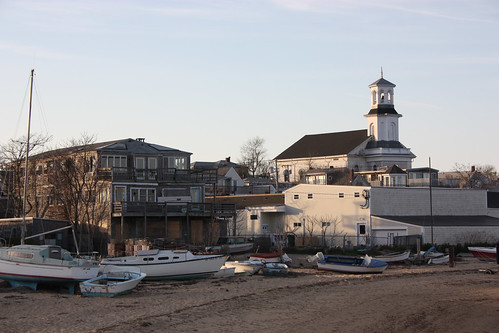 Fiona is a whale rider: 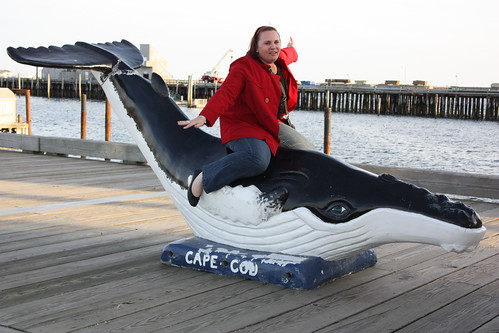 Boats docked at the pier: 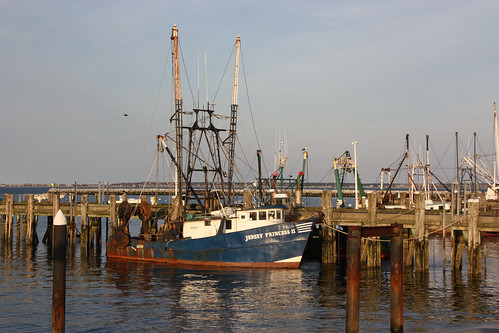 Huts on the pier: 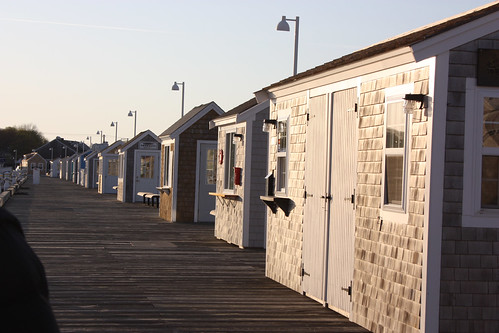 Beach houses empty in the off season: 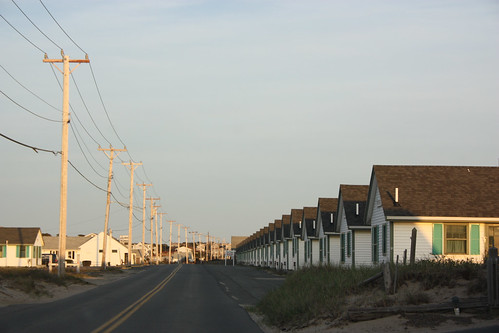 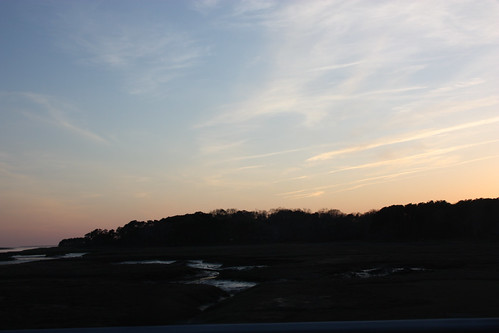 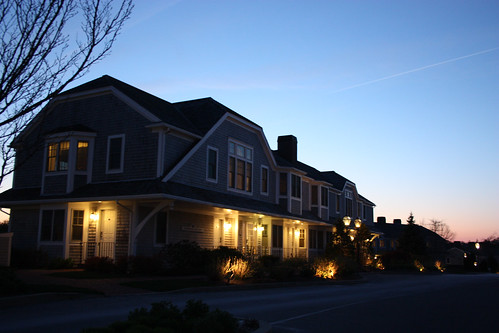 Back at the Inn I had a bath and while I was soaking the lady came in to do the turn down service. Mum asked her for more L’Occitane bath products and managed to blag a whole swag of stuff off her, but didn’t even tip her – bad form. Glad I was in the bath because I would have been embarassed. She had no idea how many she ended up with until I made up a special display for her, which amused her no end. She would not want for shampoo or conditioner again. 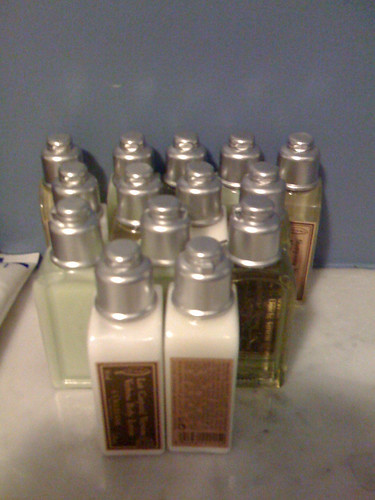 Spent the rest of the evening in front of the fire and then it was bedtime – sadly our last night in Chatham and Cape Cod.

@GeekPornGirl sorry to hear that.
@Kelsbells my recommendation is not to take a book and don’t bring lots of clothes.
@clialios mmm schnapps. Good times.  Hope drew enjoyed it.
Sounds to me like swine flu is scaring more people in Australia than the USA. Here they just tell u to buy tamiflu if u get it.
Enjoying a nespresso in the hotel room. Just like being at home. Love it.
@Kelsbells Magazine is your best bet, because with all the movies on board there is not much time for reading. I havent read anything yet!
@GeekPornGirl @cate3221 my grandmother had it too. Is it a trend? I agree, it is a horrible disease.
Feeling la di da with our silver service breakfast. We are definitely spoiled at this hotel. Breakfast not free. http://twitpic.com/47o6c
One of my least favourite aspects of travelling.  http://twitpic.com/47×61
Loving hanging out with my people in Provincetown. This is a really lovely quaint little town.  http://twitpic.com/48i2f
Flu free and loving life!  http://twitpic.com/48i7u
How many more l’occitane bath products can my mum blag from housekeeping?  http://twitpic.com/492v0